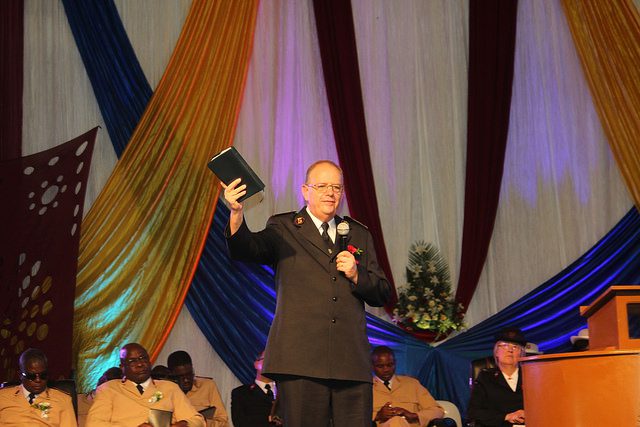 Zimbabwe and Botswana Territory gives thanks for General Cox

General André Cox returned to his country of birth for the last time as international leader of The Salvation Army when he and Commissioner Silvia Cox, World President of Women’s Ministries, led two holiness meetings in Zimbabwe.

They were met at Robert Gabriel Mugabe International Airport in Harare by the territorial leaders, officers, soldiers and friends before travelling to Bulawayo for a meeting attended by Salvationists and friends from the south of the Zimbabwe and Botswana Territory. 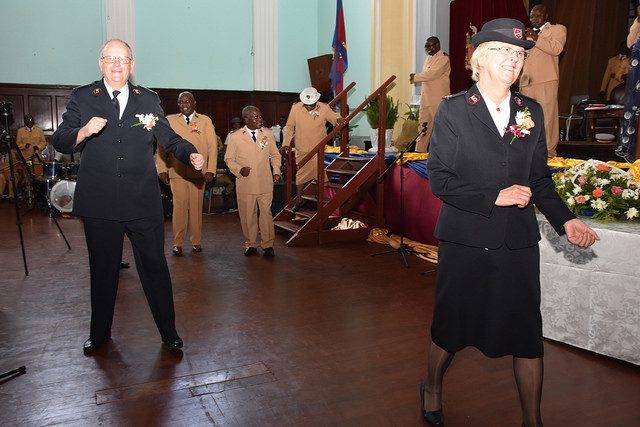 Representatives from six of the territory’s 17 divisions gathered at Bulawayo City Hall, where Silvia Cox urged them to remain focused and to trust in God. A representative speaker paid tribute to the service of the General and Commissioner Cox, giving particular thanks for their support in 2017, when many people were affected by flooding.

The General reminded the Salvationists that they are called to serve by God. “We did not call ourselves to be soldiers of The Salvation Army,” he said. “God called us.”

The visit concluded in Harare with a holiness meeting at the City Sports Centre attended by thousands of people, with thousands more watching via a live stream on the territory’s Facebook page. Silvia Cox urged the congregation to take refuge in Christ. “When we bring our requests and concerns before God, we should trust that he is there for us because his grace is sufficient for us,” she said. 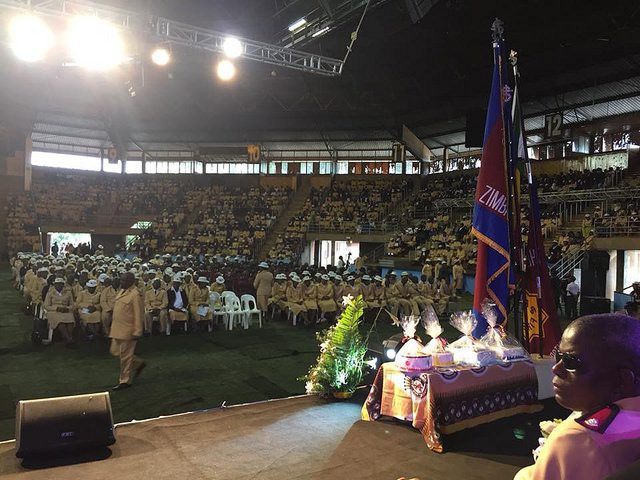 Recognition was given to the influence the international leaders had across the world through Salvation Army initiatives such as the Accountability Movement and “The Whole World Mobilising.” Silvia Cox was also acknowledged for championing the fight against human trafficking.

The General encouraged Salvationists in Zimbabwe to take their place on the streets to witness about the love of Christ to the unsaved. “Many Salvationists have…isolated themselves from the people they are called to serve,” he said, offering a stark warning that “it is not difficulties, trials and persecution that are the greatest risk for The Salvation Army, but the failure to reach God’s goal.” 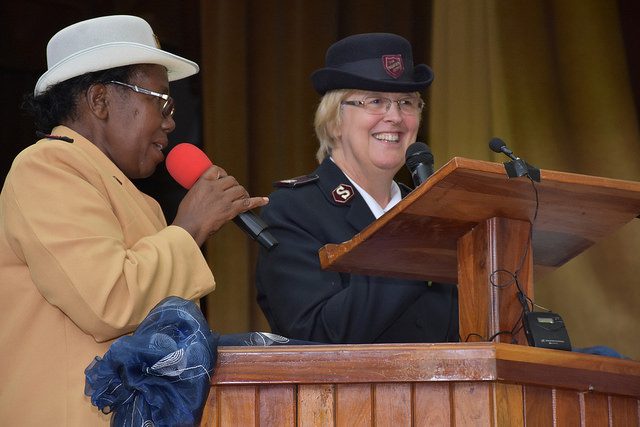 He called for the Army to recommit itself to God and to its mission. In response, hundreds of people thronged the mercy seat in scenes of prayer and rededication.

The meetings in the south and north included presentations from a youth band, songsters and a traditional Hosho Dzedu (gourd rattle) group which inspired the congregations to burst into joyful song.