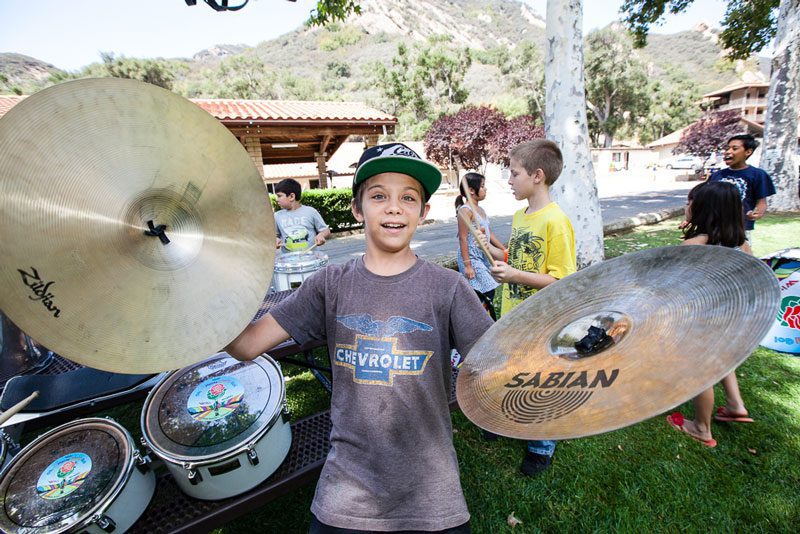 Carving out a successful career in music can prove a tall task, but a growing number of musicians are discovering an unlikely launchpad: The Salvation Army.

Special occasions at the White House often mean special performances from the United States Marine Band or the White House Orchestra. And from Reagan’s second term all the way through Obama’s first, Stephen Bulla was the man behind the music.

“It was an interesting job; a big part of that was to write music to be played by our musicians, the Marine Band at the White House,” Bulla said. “Whenever there was a head of state visiting, and they needed special music written, holiday music for the tours or anything that was going on entertainmentwise at the White House, they would turn to me and say, ‘We need some special music produced for that occasion.’”

Bulla, 62, recently retired as chief arranger for the United States Marine Band and the White House Orchestra, a position he held for 30 years.

From an early age he began attending Salvation Army music camps, where he was exposed to a number of composers, guest conductors and soloists. He was immersed in music.

“My parents were Salvation Army officers, and they had a couple kids early on,” Bulla said. “As they got their first appointments, it was a natural connection for my father to start teaching his two boys how to play brass instruments.”

His curiosity of band music grew from there.

“I think that was part of lighting the fire of a future career, not just brass band music, but certainly as a writer and arranger,” Bulla said. “It became a very natural path for me as soon as I started to do it and find my way.”

Bulla went on to attend the Berklee College of Music in Boston where he earned a degree in commercial writing. After college, Bulla worked in the New York Staff Band with Derek Smith, the father of Philip A. Smith. He cherished his time there, learning musicality, practical skills in arrangement, and the job that led him to chief arranger at the White House.

“I’ve worked with many professional musicians, and when they discover brass band music, they’re always amazed by how beautiful this music is and how challenging and melodic,” Bulla said. “It’s something that people are surprised at, but for those of us who grew up as musicians in The Salvation Army, we have known all this music by great writers.”

For many of its musicians, the development process starts early—and it’s no accident. Reports show that children who undergo musical training have better verbal memory, reading ability and second language pronunciation accuracy.

“Once they become part of something, they become more involved,” said Neil Smith, secretary of worship and music development in The Salvation Army Western Territory. “I’ve seen musicians, who I met when they were very young, go on and become great musicians who have played in places like Carnegie Hall and the Royal Albert Hall.”

Smith, a native of Scotland, also grew up learning music in The Salvation Army. “I’ve been connected to The Salvation Army since I was a baby,” he said. “I started to learn music when I was 6 on the trombone, but I gave that up pretty quickly because I didn’t have long enough arms. I then moved on to the cornet and to piano lessons as well. I still play all of those things today.”

Smith moved to London and joined the British Army as a musician at the age of 16. He served for 15 years. His music education as a young boy allowed him opportunities to continue learning and give back to youth in the music community. “If I hadn’t learned what I did within the British Army, I wouldn’t have ended up where I am today,” he said.

For musically inclined youth, The Salvation Army can provide the tools and support to hone their skills. In the Western Territory alone, at least 1,000 youth actively participate in music education. Students can choose from a number of groups, from the Territorial Youth Band and Territorial Youth Choir—to summer music camps and lessons at music institutes.

“We give our kids a good grounding in music and music education; we try our best to encourage them in areas they are interested in,” Smith said.

Zane Morris, 18, music education major at Portland State University, grew up knowing he wanted to work in music. His mother and uncle are first generation Salvationists, who encourage his interests in music.

“In the Army, we are making music for God, it’s awesome that we have another purpose for being there,” Morris said. “The Army attracts so many talented musicians, and we get the opportunity to create great music together.”

Morris, a multi-instrumentalist, keeps busy throughout the year. Not only does he play the alto horn for his divisional band, he also sings in a male vocal ensemble, teaches lessons, works at summer music camp and coordinates social media for the Student Opera Association at Portland State University. He hopes to serve the next generation of musicians.

“I want to bring a higher level of music education that I’m learning now into the Army,” Morris said. “Bringing high level education to kids will give them even more opportunities in and out of the Army as musicians.”

Joshua Stewart, senior at San Diego State University, hopes to play the trumpet professionally after college. A Salvationist at heart, Stewart, the son of officers, fell deeply in love with music the moment he visited his first music camp.

“Ever since my first camp experience, I went over and over, music camp after music camp, continued to practice, and continued to find more passion involved with it,” he said.

Stewart has many aspirations, but he would like to continue his work with The Salvation Army one day.

“I want to play for movie soundtracks, and play in an orchestra,” Stewart said. “I also want to stay with The Salvation Army—maybe become a divisional music director.”

But as Morris noted, learning music isn’t just about becoming a musician—it’s about developing as a person.

“It makes you take accountability for practicing your music,” Morris said, “but it also teaches you to be accountable in all areas of your life.”