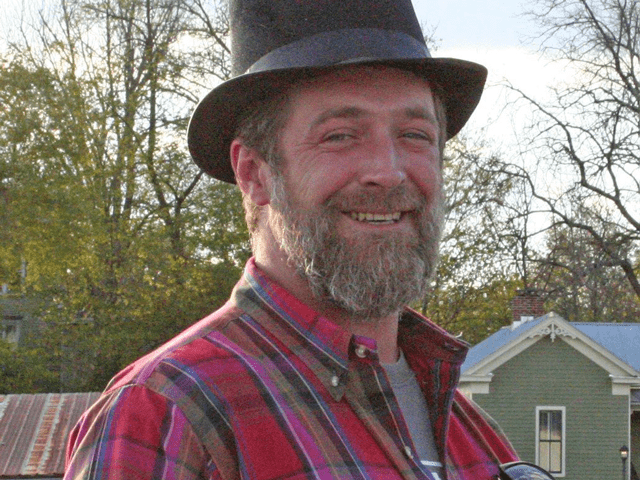 Trading the chimney for a kettle

When Mike Roberts, a chimney sweep in Lincoln County, Ky., realized that life had given him an abundance, he wanted to put something positive back into the world. He looked no further than The Salvation Army.

Roberts knew that The Salvation Army did many good deeds in his community.

“They’re good people. They do a whole lot around here and a lot of people don’t see or recognize it.”

He wanted to be a part of the work that The Salvation Army did; although he didn’t have a lot of money to give, he figured his time could be of some value.

“I just walked in. I knew that it was getting to be time for them to start ringing bells and I knew that they had taken volunteers everywhere I lived,” he said.

Roberts moved to Lincoln County from the outskirts of Cleveland. The change in environment from an urban lifestyle to a rural one served him a bit of a shock. He grew to deeply love his new community and the people in it. “I’m a community guy,” he said.

Originally, Roberts worked in construction, but through the magic of reality television, he discovered the show “Dirty Jobs” with Mike Rowe. When Rowe tried out chimney sweeping, it changed Roberts’ life.

“He [Rowe] went up to the Chimney Safety Institute in Indianapolis,” Roberts said. “It sounded like something I could do.”

Roberts needed the flexibility of running his own business. After his best friend died, he accepted the responsibility of supporting his friend’s family without question. He was the godfather of the man’s daughter. The child and her mother, Shawna, whom he later married, became Roberts’ family.

“My wife has three types of lupus and averages seven admits into the hospital each year. I have a daughter, Elizabeth, who had to have brain surgery when she was 3. She requires 95% assistance, 100% of the time,” he said.

Mike and Shawna have two other children together, Evelyn (6) and Aemon (3).  Being a chimney sweep has provided Roberts with the flexibility he sought. He’s able to create his own schedule and be the father he wants to be.

Giving to others is central to who Mike Roberts is. As a bell ringer, he is reminded of why he chose to volunteer. “It’s very beneficial, spiritually beneficial,” he said. “It just kind of puts you in a place where you know at that moment in time, I’m doing the right thing.”

Roberts feels blessed to live in a community that he knows and that knows him well. The people who give the most during the holidays leave Roberts emotionally moved.

“It seems like our society is a little backwards. The poor people who can actually see and feel what people are going through, they are the ones that want to help more. It’s the common people that have the love.”

He counts himself among that group. When he decided to volunteer, it wasn’t material wealth that compelled him but a sense of duty and having extra time to donate. If it weren’t for The Salvation Army, Roberts isn’t sure how he’d be able to give back.

“If they weren’t there as an avenue, I may not be able to give back. I don’t have a lot of money but I have extra time. I’m super grateful to them.”