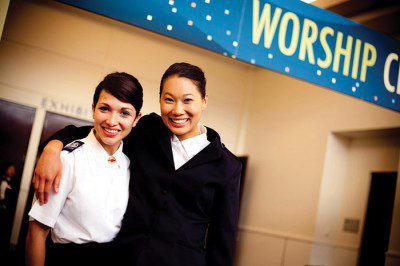 The Salvation Army today exists in 126 countries. Its 15,765 corps are made up of 1,132,823 soldiers. That’s over one million individual minds who have committed to the principles and practices of The Salvation Army as a movement, and who claim to follow the ways and teachings of Jesus in their everyday lives.

Each of those individuals live in environments with a variety of conversations, meetings and makeup. For these minds—created by God, with the capacity to think, engage and form ideas—to be a strong force in a world, which so desperately needs new ideas, they must be active and willing to think. They must be “thinking Salvationists.”

Clifton writes in Selected Writings Vol. 2, 2000-2010 (Salvation Books, 2010), “Unless we know where we have come from, we cannot know who we are today… a thinking Salvationist has a knowledge of our past, a sense of our history, so that she or he can think intelligently and in context about the present and the future.” 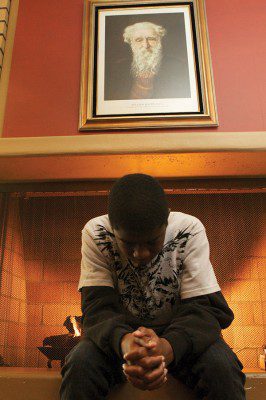 He emphasizes the importance of being simultaneously aware of the world today, writing, “A sense of history is not enough on its own. A sense of the social, moral and political trends of the present day is also crucial to the thinking Salvationist. Keeping in touch with and understanding the world, beyond the often introspective confines of The Salvation Army, is absolutely central to our soul-saving and soldier-making mission under God.”

Today, globalization and the Internet have made the accessing of information and knowledge, and therefore the capacity for the world to form opinions in a split-second, much easier. On a daily basis we are bombarded with information, facts, propaganda and issues—watch the news for half an hour and you will likely feel overwhelmed.

Too often, when a current issue comes up in conversation, we hear “Oh I don’t know enough about that to be able to comment,” or “I figure someone must know what they’re talking about, so I’ll just leave the decision-making up to the decision-makers.” It is all too easy to be so caught up in the goings on of our daily lives that we simply “don’t have the time” to look outside our immediate view. As Salvationists, we must challenge this attitude of accepted ignorance. We must be aware of what is happening in our world and be prepared to inject a Christian perspective into conversations. We must be “teachable,” thinking Salvationists.

The beauty of today’s fast-paced, information-accessible world is that information is readily available to us too. Ten minutes a day spent reading the headlines and delving into those topics to which God draws your attention, will slowly dissolve the “I don’t know enough about that to comment” urge. When prayerfully considered, God will use our minds by developing thoughts, opinions and perspectives on issues that we previously knew nothing about. While this prospect is exciting, it must be noted that this may be uncomfortable at times and Clifton’s call for thinking Salvationists comes with a warning. 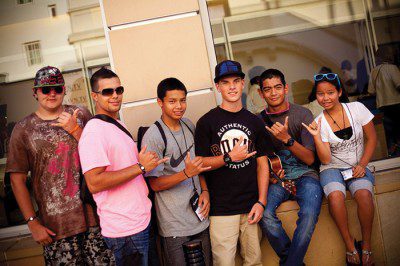 In the same volume, Clifton writes, “It sometimes takes enormous moral courage to be true to oneself. Let all aspiring to be a ‘thinking Salvationist’ note this. There may be a price to be paid. You may often be misunderstood.” Yet as our calling to be a Salvationist came with the warning of self-sacrifice for living counter-culturally and speaking the words of God, we must be ready to experience such misunderstandings at times for the importance of speaking God’s truth into a messy, chaotic world.

Romans 12:2 urges: Do not conform any longer to the pattern of this world, but be transformed by the renewing of your mind. We need Salvationists to consistently challenge the thinking of those around them through intelligent, scripturally-based conversation, and that cannot be done until Salvationists themselves are challenging their own thinking.

The Salvation Army is blessed with many intelligent, educated people who are contributing to academic debate across the world. However it is my belief that The Salvation Army is full of Salvationists who hold the knowledge and capacity to contribute to conversation on social justice issues in their own areas of life, yet are simply staying quiet.

The circles in which you move and the things on which you think are your God-given area of expertise, and the knowledge and lessons you have gained through moving in this area are unique to you. We need soldiers, future officers and current officers to recognize that whatever it is they are called to do, that ministry is inextricably linked with their calling to be a Salvationist. Whether you are called to be a lawyer, a receptionist, an exercise scientist, a courier, a Salvation Army officer or an information technology specialist—God has a plan for you to use that calling in your ministry as a Salvationist.

Let me share a little from my own experience. Upon completing a bachelor’s degree in social science (criminology), I felt a strong calling to undertake further education. This had not been in my planning for my future, and I was largely unimpressed at the concept of more years on a student’s (lack of) income and the thought of writing more essays. My plan was to work as a criminologist for a few years in prison reform, and then enter the School for Officer Training to fulfill my calling to be an officer.

This new calling for further study was unmistakable, so I began to explore what it could be that God was asking me to study. Through a series of events, the answer became clear—a dual master’s degree in policing, intelligence and counter-terrorism and international security studies. What? I wrestled with this concept and questioned how God could possibly use this in ministry in The Salvation Army. I began to study and slowly but surely understood that God did, indeed, have a plan.

As issues of power, war and conflict were discussed in classes, I sensed God’s desire for his truth to be spoken in these discussions. I became aware of a common mentality among my classmates, which I, as a relatively young, non-military-background, Christian female did not have. I realized that by challenging this mentality through my essays and class discussions, God was using me to be his mouthpiece and inject his perspective into an otherwise unchallenged conversation.

As Clifton said, “Being a man of God transcends any thought or aim of being a thinking Salvationist. We can hold all the views we like on Army history, Army personalities, Army policies, Army methods, Army theology, or the Army’s future and still not be godly. The greatest need is our personal holiness.”

In our ever-changing and growing world, we as The Salvation Army must be prepared to form God-inspired, counter-cultural opinions. Let us be vigilant in keeping up with the movements of the world in an effort to stay ever-relevant, intuitive and entrepreneurial in the way in which we share God’s love with the world. Let us be present where God has placed us and use the knowledge that he has given us to educate others about what we know.

Let us be thinking Salvationists.

Be a Thinking Salvationist

Casey O’Brien —a Salvationist from Sydney, Australia, with a master’s degree in policing, intelligence and counter-terrorism—recently spent a year as a policy intern at The Salvation Army’s International Social Justice Commission in New York.