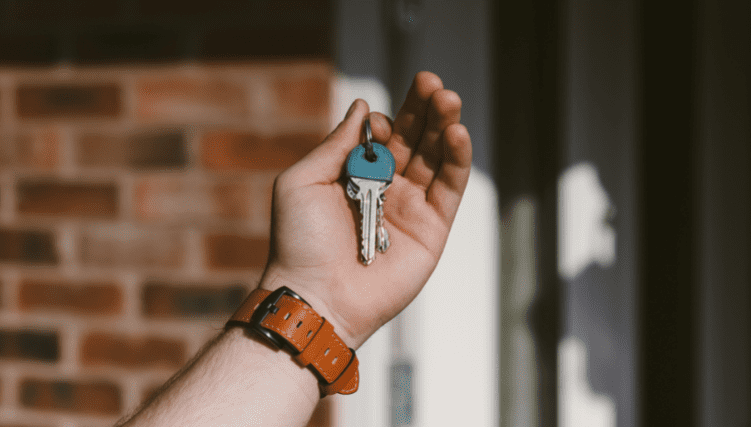 When Erin Kauffman, program director of SEEDS of Hope at the Salvation Army of Southern Nevada stepped up to find funding for transitional housing, she had one goal in mind: provide human trafficking victims not just a home, but long-term care.

The search led to the Eleanor LeMoyne Gooding Grant, which has gifted the program $10,000 to help house six women who are survivors of human trafficking for two months each in an apartment they can call their own.

Gooding, a Salvationist, donated this money specifically to help support the Western Territory’s fight against human trafficking. This is the first year funds from the grant have been awarded, but it will be an annual grant. The women are not only given housing, but also an opportunity to make decisions of their own, a notion that is mostly foreign to those coming out of trafficking situations.

“The direction now is to have scattered sites—apartments where women and men can heal and spend time going to counseling, making choices, giving them options but not having a trafficker or pimp, or somebody controlling them,” Kauffman said.

She added that there is a common misconception that human trafficking only happens internationally, but this is an issue which affects both men and women in our neighborhoods here in America.

“Even a strip club that is legal and open, and we have around a couple hundred here in Las Vegas with over 20,000 workers—a large percentage are there because they are being trapped using force, fraud or coercion,” said Kauffman. “If you exchange sex by force, fraud or coercion then you qualify for assistance under the human trafficking definition.”

Prior to 2020, the SEEDS of Hope program in Las Vegas, which exists to save, empower, educate and restore dreams (SEEDS), had been offering direct services through a Salvation Army Justice Department fund, such as toiletries, clothing, counseling sessions or a couple of nights stay at motels. But what they found was that while they were offering survivors immediate help, they were unable to provide long-term care.

Providers would put survivors up in single suites or motels, locations which many times had recurring issues with prostitution and drugs, because they were inexpensive weekly hotels, according to Kauffman.

“[That] had been retraumatizing—we would lose them or they would go back [to their old life],” Kauffman said.

The idea now is to help victims change their lives for the long term. Kauffman said they have been writing grants and soliciting funding for the residential housing because that is what has been missing—it’s also what has been reported as a best practice across the country.

“A lot of the trafficking survivors need assistance in taking care of themselves. You can’t just give them a room and tell them they are safe now,” said Jacqui Larsson, Director of Territorial Social Justice Ministries in the Western Territory. “Survivors need ongoing holistic care before you can get to that point – it’s a long journey.”

The women will call a one-bedroom apartment home during the two months of housing and SEEDS of Hope will offer help with utilities, as well as phone service and internet connection. Broadband access became vital during the peak of the pandemic and for women in the human trafficking world, it can be essential to their healing process.

“One thing that has come out of the pandemic is online virtual counseling for trauma counseling,” said Kauffman. “[With internet] if they don’t feel safe leaving the apartment in the first couple of weeks for counseling, they don’t have to.” This helps the women process their trauma at their own pace, according to Kauffman.

“The most important thing is safety and freedom of choice. Those are the goals to help them move into independent living. Those are huge victories. It may seem small but for a woman who has for seven years been transported from hotel to hotel that is a huge opportunity.”

SEEDS of Hope has not set any benchmarks for the women in transitional housing for those very same reasons.

“They need to detox from ‘the life’ and figure out ‘what are my options and what’s next?’” said Kauffman.

SEEDS of Hope receives referrals from the Las Vegas Metropolitan Police Department, organizations that provide outreach such as the Cupcake Girls and Scarlet of Hope, as well as shelters, the anti-trafficking hotline and other Salvation Army corps.

While the women are in transitional housing, SEEDS of Hope will work with various organizations, as well as the Family Services office within the corps, to help the survivors find housing solutions for when their two months are up—whether it means they move in with family members or move to other supportive housing.

The idea behind providing more housing for trafficking survivors is part of The Salvation Army’s goal to fight human trafficking.

In 2020, the Salvation Army USA West Territory helped 156 trafficking survivors through survivor and recovery services, according to the Salvation Army’s USA West 2020 Impact Report. Approximately 86 percent of those helped were female, 10 percent male and 4 percent transgender. Approximately 94 percent of those served were adults, while 6 percent were minors, according to the report.

“The goal of The Salvation Army’s human trafficking work in the USA Western Territory is to increase awareness and training within this field, focus on prevention and outreach, offer survivor services and recovery opportunities, and cultivate partnerships,” Larsson said.