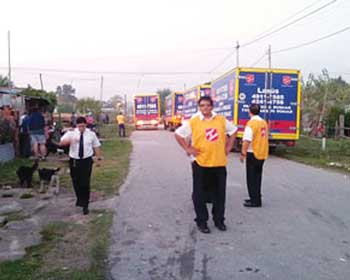 The Salvation Army responds to flooding in Argentina

The Army joined forces with a local food bank to serve those affected by the storm, especially in the Villa Elvira neighborhood where The Salvation Army was already present.

The Army’s Villa Elvira facility served as an emergency shelter for 100 people; 200-plus individuals received food. So far, seven tons of food and water have been distributed to community members, along with mattresses and bedding. A group of training cadets also helped the team.

“Communications have been difficult as the area is without power, water, telephone service and even cellular phone service,” McMillan said. “We would appreciate your prayers for our people—that God would give them wisdom, multiply their resources and keep them safe.”