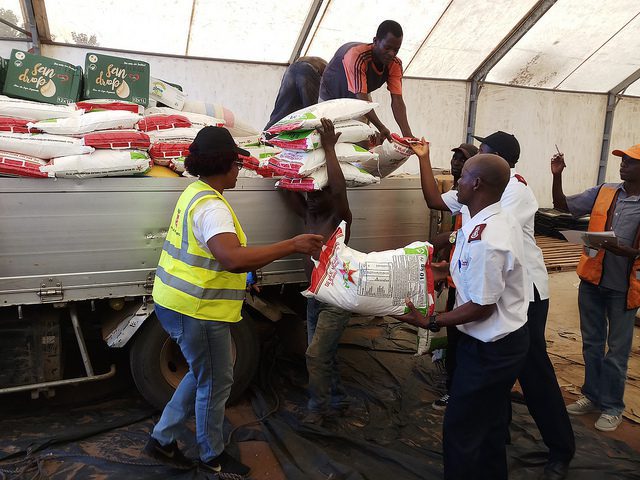 The Salvation Army responds as Mozambique recovers from Cyclone Desmond

The Salvation Army is at work in Mozambique in the aftermath of Cyclone Desmond, which struck the central part of the country in late January, causing severe damage and displacing 120,000 people from their homes. The emergency response is focusing on one of the worst-affected areas, Ndunda in Beira, where homes were destroyed and—in some cases—literally swept away by flood waters.

Evacuation centers have opened in Beira City, but The Salvation Army’s response—in conjunction with the local government disaster management service, Red Cross and Council of Churches in Mozambique—identified just over 350 families in particular need. In the first instance, emergency food parcels—including maize meal, rice, oil, beans, salt and sugar—were distributed to families and individuals, along with other essential items. The provision ensures that two nutritious meals a day will be possible for the 1,775 people supplied. Mosquito nets, buckets and water-purifying chemicals were also provided, through the multi-agency response. Recipients have been identified in consultation with community leaders and in line with humanitarian principles.

As the relief items are distributed, The Salvation Army is also offering community members information about disaster preparedness and mitigation.