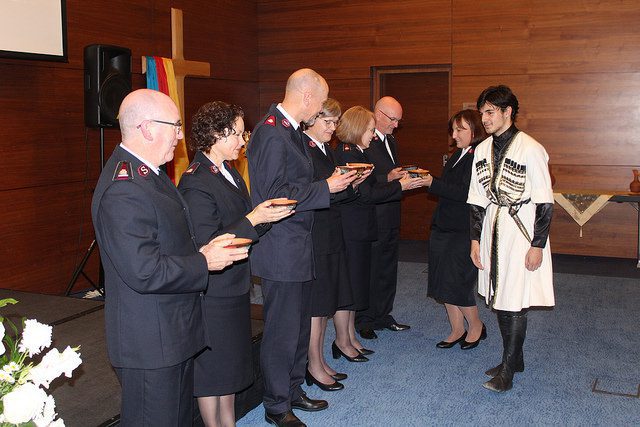 The Salvation Army in Republic of Georgia celebrates 25 years

A Family Fun Day in Tbilisi’s Peace Park on Friday kicked off the celebrations. The music, face-painting, games and stalls selling handicrafts attracted hundreds of people, many encountering The Salvation Army for the first time. A booth explaining The Salvation Army’s work to counter human trafficking aroused interest and people were keen to write messages of support on a wooden cut-out representing a trafficked person. 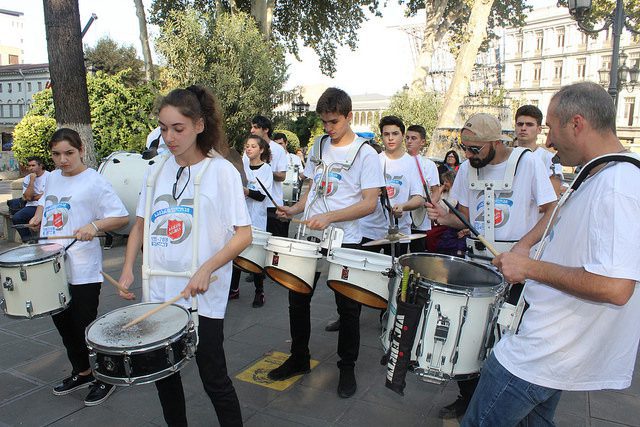 The first-ever Salvation Army open-air meeting took place the next day in the city center, incorporating music and a clear gospel message. The Georgian national marching band provided a drum corps, and timbrellists from Megobroba and Rustavi corps also participated. More than 100 uniformed Salvationists marched through the city center.

That evening, the Radisson Hotel hosted a celebration. For the first time, ministers and pastors from other Georgian churches shared in the fellowship and brought greetings from their own denominations. Local television news covered the event, bringing a Salvation Army presence to an even larger audience. 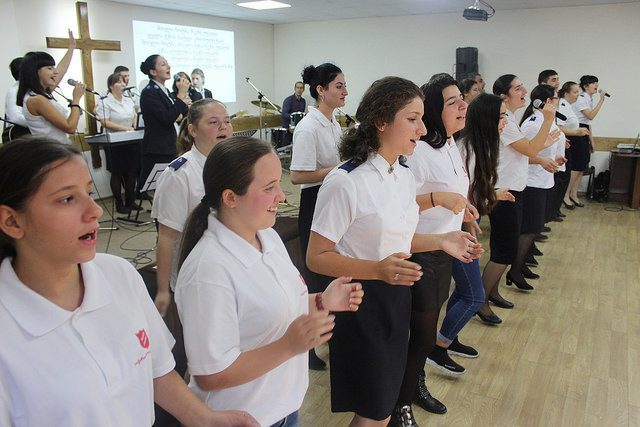 During the meeting, a newly-formed Salvation Army gospel choir—comprising 30 young people from the Tbilisi area—presented two songs, including one in English.

For a quarter of a century, regional leaders in Georgia have worked to have The Salvation Army officially recognized as a church. It was fitting during this celebration weekend that Shota Tutberidze, Senior Lawyer at Patronees Legal, was able to present the long-awaited certification from the national authorities. The company has provided The Salvation Army with its time and expertise free of charge.

A video presentation, produced by the International Headquarters Communications team, explored the work of The Salvation Army in Georgia, representing the diversity across the nation with images from each corps—illustrating how human needs are being met in authentic and practical ways. 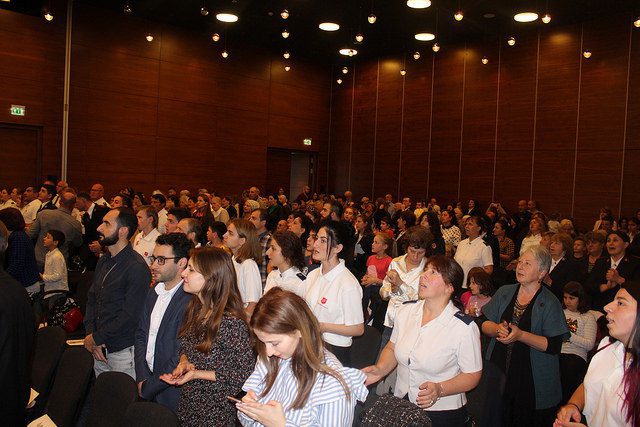 The Chief of the Staff encouraged the congregation to “use all opportunities to tell people about God’s love and to celebrate belonging to the family of God.”

At the Sunday worship at Tbilisi Central Corps, the Chief of the Staff enrolled eight new junior soldiers. Members of Ponichala Corps led a time of prayer, using art to depict the face, hands and feet of Jesus. Commissioner Bronwyn Buckingham gave a testimony about the challenge of her calling.

In his Bible message, the Chief of the Staff reminded everyone that just as four friends brought their lame companion to Jesus, lowering him through the roof (Mark 2:1–5), we too have to bring people to Jesus for healing.

“If our ministry is an offering of worship, it becomes something beautiful, holy and sacred,” he said. “We serve with joy because of Jesus—for him, with him and to him.” 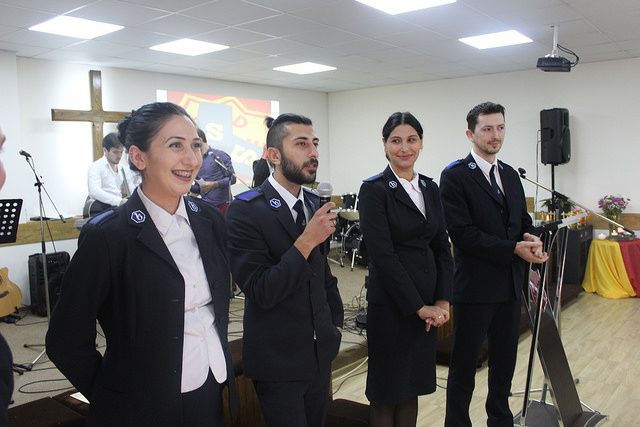 Afterward, the congregation enjoyed a celebration cake, presented with the help of the oldest Salvationist in Georgia. For younger participants, a Pizza and Praise Party concluded the weekend, where they had an opportunity to ask the commissioners questions about their life and ministry.

Reflecting on the weekend, Regional Leader Major Carelle Begley said, “The Salvation Army in Georgia is on fire for God and looking forward to serving him further.”

From a report by Major Carelle Begley

The 10-minute film The Salvation Army in Georgia—Celebrating 25 years, produced by IHQ Communications, can be watched and downloaded at https://vimeo.com/289646400. Look for a half-hour documentary and accompanying website later in the year.