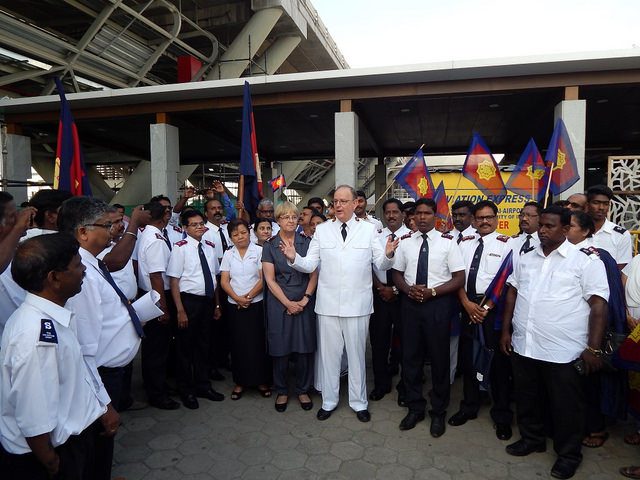 At officers councils, held in St Paul’s Basilica Church in Vijayawada, the General encouraged the territory’s officers to have spiritual thirst and reminded them of their responsibility in saving souls. 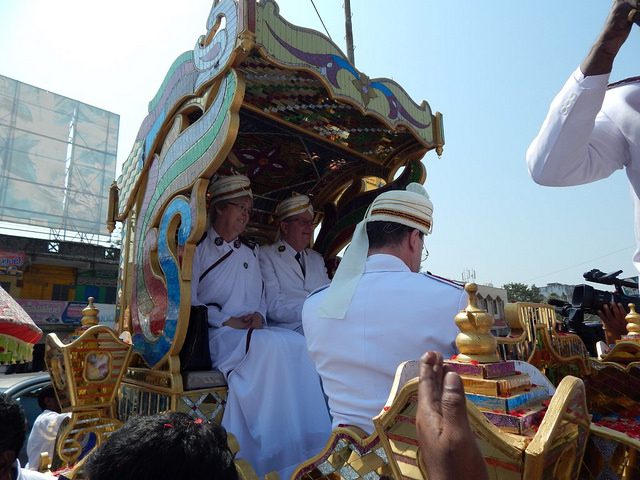 The following day, the international leaders joined crowds of women in travelling to Eluru for the territorial women’s congress. The General spoke to local media representatives about The Salvation Army’s ministry to the most needy members of society. 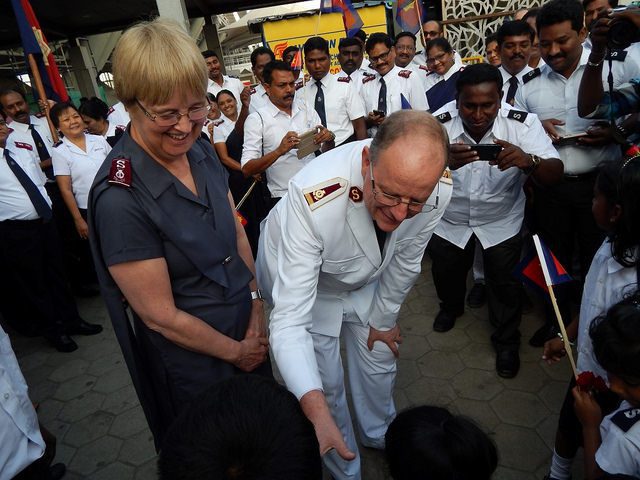 Later, addressing more than 5,000 congress delegates, Silvia Cox explained The Salvation Army’s “mission to serve.” The General visited Pezzoni Pet Corps in Vijayawada to lay a foundation stone for the construction of a new prayer hall. 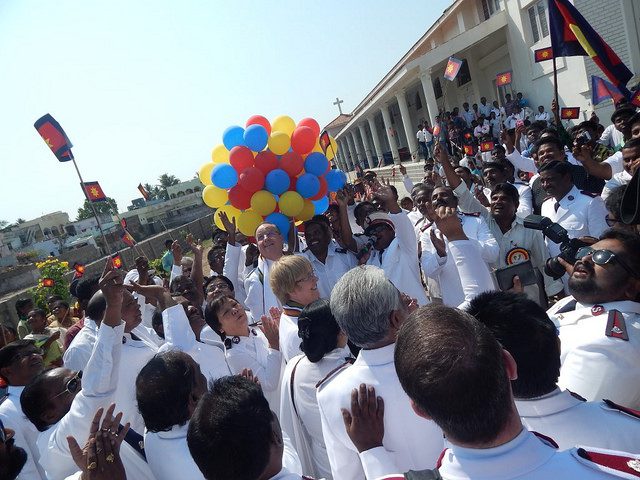 The following day in Ponnur, the Coxes met staff and students of the Evangeline Booth Hospital and later young people from around the territory at Bapatla Zion Baptist Church in Bapatla. The General released a dove as a sign of liberty before joining a march of witness to Bapatla Central Corps, which hosted the territorial youth congress. 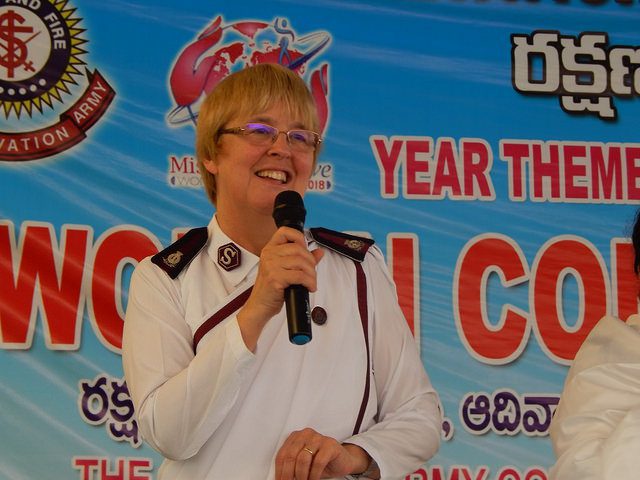 The young people were inspired by the testimony of Major David Williamson, Private Secretary to the General, before Silvia Cox gave the Bible message, challenging her listeners to have a strong relationship with God. She told them that God knows their potential, and that he has a purpose and mission for every person. Almost 200 people knelt at the mercy seat in acts of commitment and rededication. 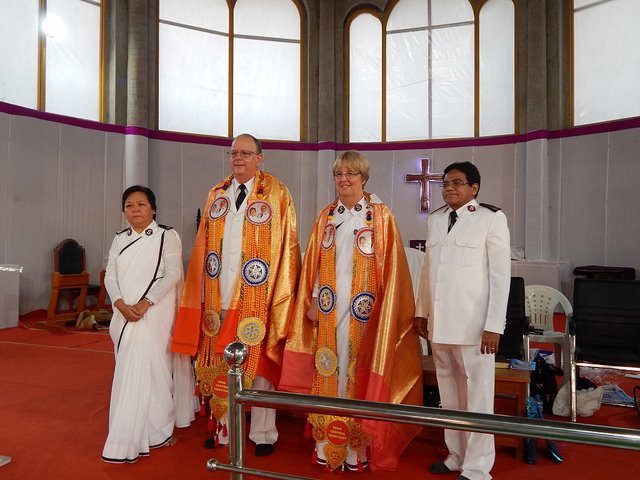 In the evening, more than 4,000 people attended a public meeting at The Salvation Army’s Bapatla High School, which was led by Territorial Commander Commissioner Naomi Lalngaihawmi and included words of greeting from the Anglican Bishop for the Missionary Diocese of Eluru, the Most Rev Dr John S.D.R. Nakka (Vice President of the Andhra Pradesh Council of Churches). 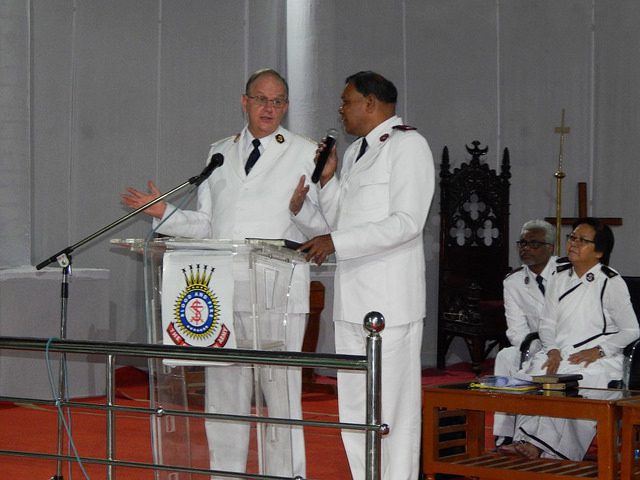 In his Bible message, the General emphasized the importance of seeking to help the lost, referring to the way that a shepherd will seek for the lost sheep. Around 170 people responded to the General’s challenge by kneeling in prayer at the mercy seat. When he made a call for officership, nine young people came forward and the General prayed over them. 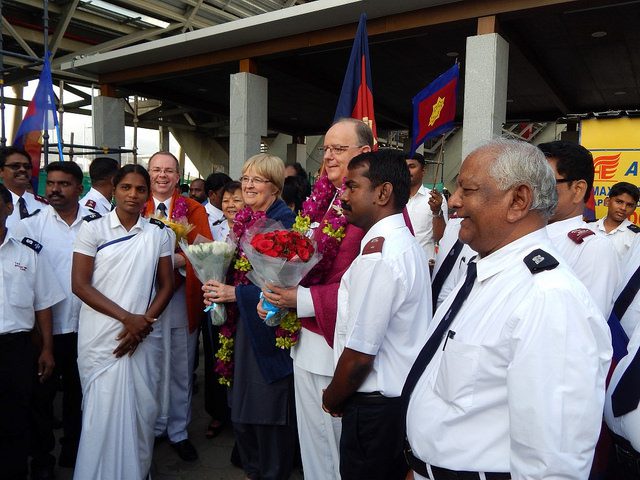 The international leaders made the return flight to Chennai the next day, where more than 720 Salvationists and friends gathered for a public meeting at Vepery Corps. The General called on his listeners to be mobilized in their communities, proclaiming the good news of the gospel to the unreached and underprivileged.