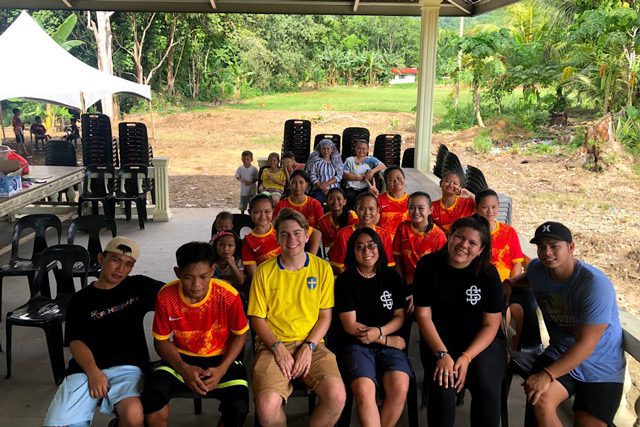 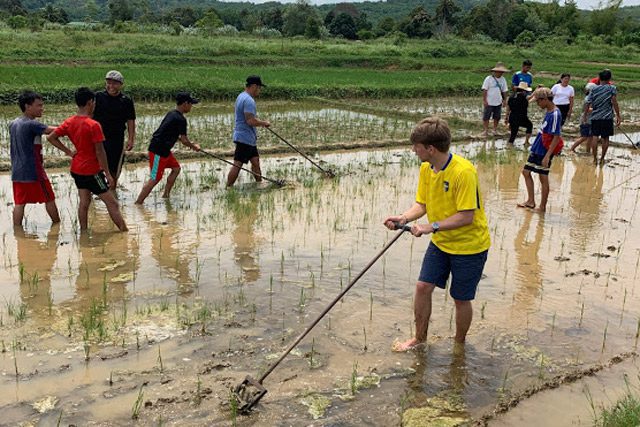 Each summer, teams of Salvation Army Western Territory young adults, ages 18–28, travel to locations in both the United States and abroad to serve others. The participants, removed from their comfort zones, expand their boundaries and grow their faith in God and their knowledge that God is always with them, wherever they may be.

In the Southern Territory, Team USA—including Reimers, Makensy Peiffer and Ana Juarez Mendoza—served at the Tallahassee (Florida) Corps, where they experienced social services and EDS training. They spent time at Territorial Headquarters in Atlanta, Georgia, and attended the Territorial Youth and Music Institutes.

Team Chile—including Cisneros, Taylor Castelli, Madeline Sargent and Evie Cox—served at the Cuerpo Central Corps in Santiago, where they accompanied the Mercy League and the divisional band to the emergency room to offer coffee, tea, sandwiches and prayer. Chile is part of the South America West Territory.

During their time in Singapore and Malaysia, the team—including Cox, Monique Garcia, Troyson Castro and Anders Wennstig—served at a children’s home in Kuching, Malaysia.

The Wales team enjoyed the hospitality of South and Mid Wales Divisional Leaders Majors George and Jeanne Baker, U.S. Western Territory officers serving in the United Kingdom with The Republic of Ireland Territory. The team visited over 29 different locations within the division. Along with Argumedo, team members included Reggie Brooks, Makoto Ishikawa and Elaine Zumaya.

“The aspect of the summer that truly touched my heart was being able to deliver the Word of God on two different Sundays at the Llanelli and Merthyr Tydfil corps,” Zumaya said. “It taught me not to doubt God’s ability to change hearts and lives, especially mine. God was able to remind me that he is in control of our lives and that there is absolutely no ‘Plan B’ for my life and the lives of others around me.”

During their free time, the Wales team enjoyed sightseeing in Wales and London. The Bakers took them to several castles: Caerphilly Castle, Cardiff Castle and Tintern Abbey. In London, they stayed at and toured the William Booth Training College and visited International Headquarters.

Zumaya said she is grateful for the service corps experience. “My time in Wales was one that I will never forget,” she said. “No matter where we were in the division we were welcomed with warm embraces and love…and cake from Costco!”

Service Corps 2020 applications will be available in October on servicecorpswest.com.