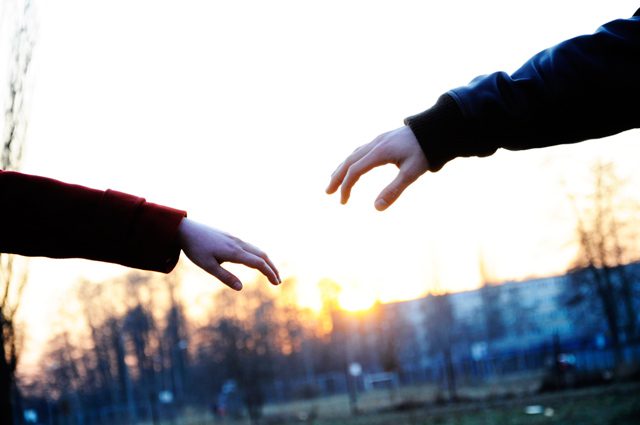 In August 1993 I lived in Bury St Edmunds, England, and I was getting married to an American. I decided just a few weeks before the ceremony that I wanted nothing to do with my dad, so he did not give me away at my wedding.

In truth, I felt I did not need a dad anymore and that I had moved on with my new life. But it is amazing how the very things you don’t think you need, are the ones you need the most.

In 2010, I became a single mother with two daughters, now 8 and 14, living in North Carolina. At the same time, I heard my brother took his own life. The year before his wife had died of cancer. I never made it home to either of their funerals, and my brother’s three boys went into foster care, all of this unbeknownst to my father.

I decided that my dad had the right to know that his son had died, so I contacted The Salvation Army Western Territorial Headquarters. After a couple of years, a letter arrived. My dad wished me well but did not, at that moment, want to reconnect. My heart sank, although I told my girls that this was God’s answer.

A few months later, before Christmas, my dad wrote that he had just lost his second wife to cancer. This started several letters back and forth from California to England. Eventually, my dad gave us his telephone number. I remember calling him for the first time. It felt straight from a movie, hearing his voice for the first time in years.

My girls and I began holding yard sales to raise money to visit England, and many friends also chipped in. On March 4, 2015, we boarded a plane. After many hours of traveling, I saw my dad for the first time in 22 years and my girls met him for the first time. It was magical and a miracle. I wanted to hold onto the moment forever. I found what I was missing in life: having a dad.

The nearly two weeks my girls and I spent with him in Norfolk were priceless. I wanted to bottle every moment up. We laughed, walked along beaches and through woods. For once in my life, I felt like I belonged.

My girls say it was the best time in their lives. My younger daughter even wrote a song about seeing him.

I cannot wait to hold and hug my dad again. I cried for four days when I said goodbye to him. I don’t know when I will see him again and hope with all my heart that I get to move home to North Norfolk soon and find a job to be closer to him. My dad is a blessing, a miracle.

I cannot thank God and The Salvation Army enough for bringing him back into my life. Miracles do happen. As I told a lady and gentlemen in The Salvation Army store in March, “We are the true story, the miracle, and our story has just begun.”

Don’t ever give up hope. What you think you don’t need, you might actually need. I need my dad and he needs us.