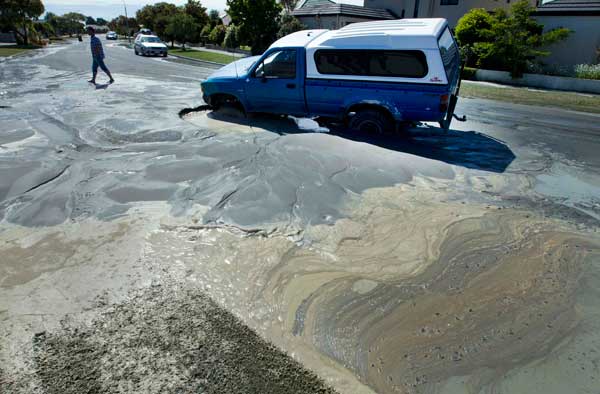 Bruce Coffey, The Salvation Army disaster coordinator, reported that personnel and emergency supplies were immediately sent to the “four different zones that have the most significant liquefaction.” The Army established counseling facilities and gave food, drinks and toys to victims.

Early on Christmas Eve, Salvation Army Territorial Commander for New Zealand, Fiji and Tonga Commissioner Donald C. Bell said: “Around the city this morning, some people do not have water or power. There has been further damage to a number of buildings that were already slated for demolition. All roads are open. Liquefaction is causing many problems in the affected areas.”

Christchurch has been in recovery mode since September 2010 when the city was first hit by a major earthquake. In February this year a further fierce quake caused the death of 181 people. The Salvation Army has been providing ongoing counseling and practical material support to residents of Christchurch since the initial earthquake.

Commissioner Bell said, “People were hoping the worst was over and that there could be a return to normalcy. But this latest setback is taking a psychological toll. New Zealand has many earthquakes every day but you don’t feel most. Since yesterday Christchurch has had 67 earthquakes and/or aftershocks ranging from magnitude 2.8 to 6.0. The airport and several malls were evacuated, but all have been reopened.”

Almost a year after having to move from its premises, due to earthquake damage, Christchurch City Salvation Army Corps is still meeting in a school. Many of the soldiers of the Sydenham Corps live in what has been identified as the Orange Zone and they don’t know if they will be able to remain in their homes.

Commissioner Bell said anyone who has visited the central business district of Christchurch in the past “would not recognize it today. Most of the buildings have been torn down and Christchurch Cathedral is in total ruins.”

In commenting about ongoing precautionary measures by The Salvation Army concerning its properties, the commissioner stated, “We are taking action around the country to strengthen our buildings. For instance, territorial headquarters in Wellington meets current earthquake codes; however, the stairwells were constructed in a similar fashion to ones that collapsed in Christchurch, so we are having those upgraded.” Commissioner Bell thanked everyone who has provided prayer support. “This is what is needed for us most at this time.”