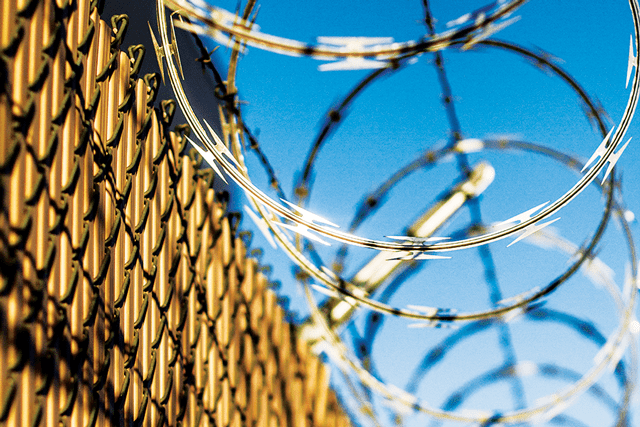 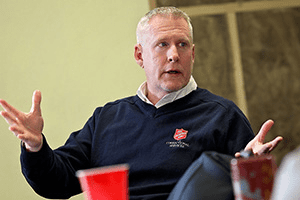 Studies have ranked Minnesota’s rate of criminal recidivism—a person’s relapse into criminal behavior—as one of the nation’s highest.
The Twin Cities (Minnesota) Salvation Army is working to reverse that trend through a new post-prison outreach program called the Volunteer Aftercare Support Team (VAST).
Since forming a year ago, VAST has quadrupled in size while helping dozens of ex-prisoners—both male and female—secure the two things they need most: housing and employment.
“Without a job and housing, many ex-prisoners revert to the same illegal activities that got them incarcerated in the first place,” said VAST Co-founder John Hulteen, a Twin Cities Salvation Army Correctional Services prison chaplain. “VAST aims to change that tragic cycle.”
In addition to jobs and housing, the program also helps by providing emotional and spiritual support groups, along with bus cards, clothing vouchers and other essentials.
The program is working for Greg, who was released from prison in June after serving an eight-year sentence. Through VAST, he obtained placement in a halfway house. Two months later, he was able to move into his own apartment and received help applying for student loans. He recently finished his first semester of college and earned straight A’s.
Now, Greg works a part-time job 15–20 hours every weekend while attending college full-time.
“There’s genuine affection and love,” Greg said of the program. 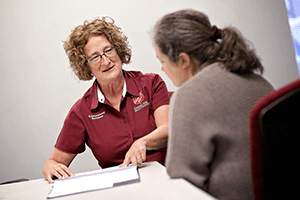 Greg has attended almost every VAST meeting since he was released from prison. He gives back by playing bass guitar in VAST’s house band, whose musicians are almost all ex-inmates.
“VAST is making things happen,” Greg said. “It puts people and resources together. It’s amazing. It works.”
Salvation Army prison chaplains begin meeting with VAST participants several months or even a year before they are released from incarceration. Together, they begin lining up housing and other necessities for life on the outside. On occasion, a Salvation Army staff member will pick up a VAST participant from prison on the day he or she is released.
Participants then begin to attend VAST meetings, which are held every Thursday at the N. Lyndale Ave. Salvation Army in Minneapolis. Participants can be paired with a job-coaching volunteer who helps with things like resume writing and interviewing etiquette. Right now, six job coaches are actively serving 10 VAST participants. In the past year, 17 former inmates were placed into jobs with VAST’s assistance.
Participants can also be paired with a trained mentor who offers life coaching and spiritual support. Currently, three mentors are working shoulder-to-shoulder with six VAST participants. Another five VAST participants who are still in prison have begun pen-pal relationships with mentors, who will begin counseling the individuals in person soon after they are released.
In addition to worship services, every VAST meeting includes small-group sessions where participants, staff and volunteers can discuss challenges and celebrate successes. Men learn curriculum from a course called Authentic Manhood. “This course is about a man and his traps, his marriage, his fatherhood, and his design,” Hulteen said. “It speaks to the heart of his biblical design and helps him to look under the hood and see what drives his external behavior.”
About a third of VAST participants are female, with 15–20 women attending every Thursday night.
In one recent case, VAST was the difference between one of the women staying on the right path vs. going back to prison.
“She had a full-time job and her own apartment, but then her employer switched her hours to part-time,” said Tonya Carlson, a Salvation Army prison chaplain. “She said it’d be easier for her to go back to slinging dope. We convinced her to stay the course. VAST was the intervention that turned her around.”
When VAST started a year ago, weekly attendance averaged about 10 people. Today, weekly attendance averages 30–65 people, which includes 8–10 staff members and volunteers.
Participation has also grown to include the mothers and fathers of men and women serving time in Minnesota prisons.
“Many of these parents feel a lot of shame,” Hulteen said. “VAST is extremely helpful to them. They need socialization and support.”
As VAST grows, the Twin Cities Salvation Army’s dream is to expand the program to other parts of the metro area and possibly beyond.
“It’s a model that would work well almost anywhere,” Hulteen said. “There’s almost no overhead, and almost all of the work is done by volunteers.”
VAST and programs like it are needed now more than ever. Minnesota’s prison population has risen steadily in the past five years, jumping from more than 9,300 prisoners in 2011 to about 10,100 prisoners in 2016.
“About 34 percent of released offenders will reoffend, go back to prison, and clog up the system again,” Hulteen said. “VAST is making a dent in recidivism, and we can do more.”
Ex-inmates like Greg appreciate VAST and everything the program can do for them.
“I owe The Salvation Army a debt of gratitude,” Greg said. “I will never forget where I’ve been. I will always be appreciative of the people who helped me in my darkest hours.
“I am not worthy of God’s love,” he said. “But I have it.”