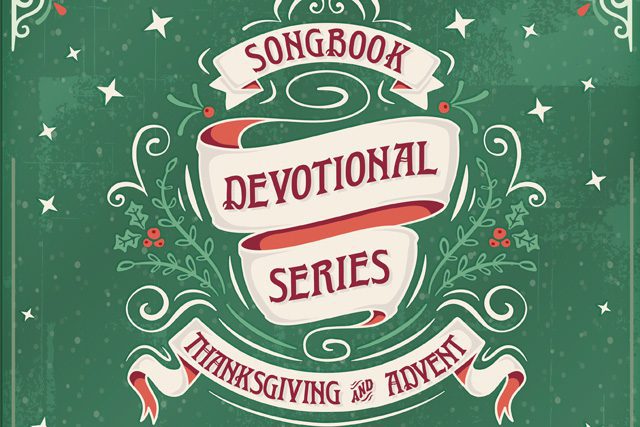 The Facebook community has more than 10,000 followers from 100 countries.

With congregational hymns, it’s easy to sing the words without let the meaning sink in.

“Contemporary music might have one or two thoughts that keep on being repeated,” said California South Music Director Kevin Larsson. “Sometimes these old hymns, they’ve just got so many different kinds of thoughts going through them and such deep theological insight into them…I just had to sometimes stop and try to figure out what they’re really trying to say.”

In each video, Larsson reads a devotional thought written by some of The Salvation Army’s most influential leaders. Following the reading is a vocal performance of the song, giving viewers a time to meditate on the words.

The series began in Lent 2018, and gained a Facebook group following of more than 10,000 people from more than 100 countries. Now with advent approaching, the series will continue with eight Thanksgiving songs and 30 Christmas carols, beginning Nov. 18.

While the feedback has been mainly positive, with comments like, “Thank you—it is a special Christmas gift to us all!” and “Thanks for keeping this going. It helped me to keep in touch with my Sally roots,” Larsson said for advent, they’ve made several changes.

The advent series will correct the lenten series’ oversight of not having female devotional writers. It will feature devotions from 38 officers from around the world, including General John Larsson, General Paul and Commissioner Kay Rader and Commissioners Kenneth G. and Jolene K. Hodder, among others. General Brian Peddle will provide the Christmas Day thought.

Larsson said they’ve also recorded two different versions of tunes for several carols, since some people commented that they were more familiar with other melodies for certain hymns. Staying true to Salvation Army tradition, the advent series will include a number of brass band accompaniments as well.

Captain Nesan Kistan, Divisional Secretary for Orange County, is one of the devotional writers for the upcoming series. Kistan said his devotion focuses on the suffering and persecution in the world, and how we can turn our eyes and focus toward a God who is our defender and liberator.

“As we prepare our hearts and minds and reflect on the child messiah coming to our world to bridge the gap between heaven and earth, many across our nation in the USA and various parts of world have not been reconciled with God and received his message of hope, peace and joy” Kistan said. “I love this new innovative way to approach sharing the message of Jesus.”