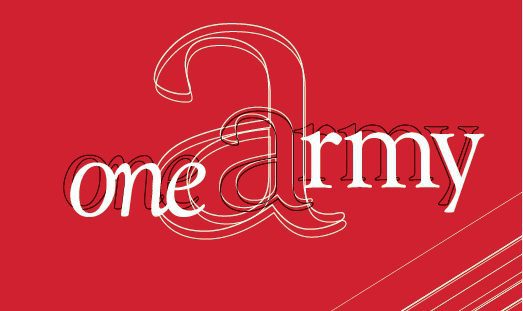 ‘One Army’ resources aim to unite

The 13-set guide explains the nature and purpose of The Salvation Army.

As a boy in a village in Bedfordshire, 40 miles north of London, Robert Street once knelt at the mercy seat in the Stotfold Corps—formerly a cow shed.

“Those who spoke of the founder did so with a passion for ‘others’ and left me in no doubt that the Army’s main mission was to the unsaved,” he said. “Some soldiers had attended his funeral in London in August 1912, when the traffic had come to a halt, with tens and tens of thousands of people wanting to be part of the occasion—a massive expression of faith and thanksgiving.”

The stories and enthusiasm resonated with Street. “I think I caught something of the Army spirit without knowing it,” he said.

That spirit never left him.

“The verse ‘to whom much is given, from him much will be required’ (Luke 12:48) laid on my heart,” Street said. “I felt if I didn’t respond to what was a definite call to officership, who else could I expect to respond? I felt in debt to God, and wanted to serve him out of love.”

After serving as a Salvation Army officer for 44 years, Commissioner Robert Street retired from active service in 2013 and now serves as chairman of the International Doctrine Council. A prolific author, Street penned “Called to Be God’s People,” based on 12 calls to The Salvation Army that emerged from the International Spiritual Life Commission in the late 1990s, which he chaired.

“In effect, it’s based on helping us understand our spiritual life,” Street said. “If I have any gift it’s that I’m able to express things clearly and in uncomplicated ways.”

He put this gift to use with the release of One Army, an international teaching guide detailing the nature and purpose of the Army.

“This resource is designed to unite Salvationists worldwide and help them and others understand its mission and message in clear global terms,” said Street, who has personally seen the Army at work in 50 countries. “It covers what the Army is called to be, what it should be and how it expresses itself as part of the universal church.”

The guide contains 13 booklets, beginning with an introduction, “One Life,” about one army serving one God in one life. The next 12 booklets relate to one army and a specific subject, from “In Calling” to “In Christ” or “In Covenant,” and each has a corresponding video for reinforcement. Captain Nick Coke of the United Kingdom with the Republic of Ireland Territory developed a youth component for each section, and Commissioner Margaret Sutherland wrote the leader’s manual.

“Young people are not only the future of The Salvation Army but they are a very real and important part of the movement now,” Coke said. “If we can equip a generation of young people to live by the values of God’s kingdom and do that through local Salvation Army corps in 126 countries worldwide, what a wonderful, world-changing event that could be.”

The Western Territory’s corps mission development director, Major Cathi Boyd, sent the initial release of booklets to each corps, encouraging officers to look at it and find ways it can be used to reach out to people.

“It’s material that speaks to who we are and the whole idea of ‘one army’ across the world sharing the same beliefs in Christ and our calling and prayer, and can be used in a corps or by an individual shut in their home,” Boyd said. “Everything is so accessible, and is written in a way that’s welcoming and gracious, and the passion comes through.”

“Presently we are using the ‘One Life’ themes as the meeting themes, the ‘person in the street’ video interviews are being shown and the book’s contents are woven into the sermons,” he said. “It’s enriching my worship and I am certain I am not alone.”

The former international leader of The Salvation Army first asked Street to look at providing a teaching resource for the Army world. A task force developed the idea, and Street built a team of contributors. The resource is being translated into 20 languages, and people in various areas have reviewed each booklet for international clarity.

“We want to ensure Salvationists throughout the world have the same opportunity to learn what we declare, and at the same time help people learn what isn’t part of the Army,” Street said. “It can be used in Sunday worship as the basis of the meeting, or in midweek home discussion groups, in soldiers classes or for adherents or anyone inquiring about the Army.”

According to Major Svetlana Sharova, the Elista Corps—located in Kalmykia Republic, Russia, a largely Buddhist region isolated from other corps—is using the One Army teaching resources.

“The first book, ‘One Life,’ was first presented to a group of young adults at a seminar in May, and in June the themes of the book were used in home groups studies,” Sharova said. “The leader of one home group was very pleased with the results and the home group members were inspired by the teaching.”

Street said he hopes the corresponding website will promote interaction, “to truly become international and truly one Army.”