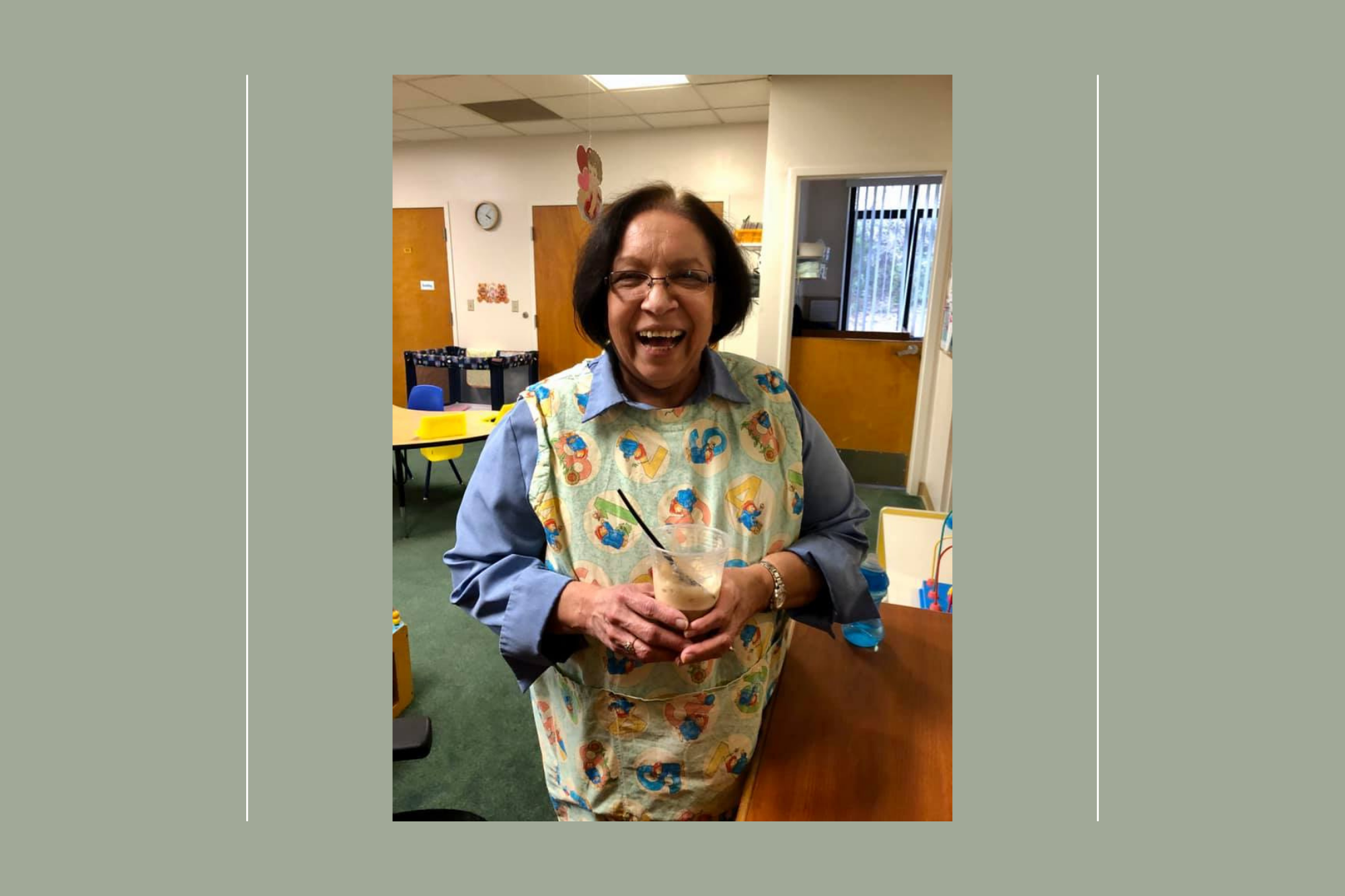 Luisa Martinez was simply looking for employment when she responded to a job opening listed in her local newspaper. It was 1984, and The Salvation Army College for Officer Training at Crestmont (CFOT) in Rancho Palos Verdes, California, needed help in its Family Care Center (FCC), which looks after the children of cadets (Salvation Army officers-in-training) and CFOT officers.

Martinez had no idea she would discover her place within The Salvation Army, a place that would allow her to serve others and contribute to The Salvation Army’s ministry—a place where she fit in. Today, in 2022, she continues to care for Crestmont’s youngest residents, sharing a love that never runs out and that sometimes extends through generations.

Like other childcare centers, the FCC separates the children according to age. From the beginning, Martinez has cared for the youngest, the babies in the nursery, whose ages range from six weeks to about 14 months old.

“The children are so special to me,” Martinez said. “And the brand new babies—oh, it’s so nice to have those.” She said she has a photo in her home of every class, or group of children, she has cared for.

Martinez immigrated to the United States from Nicaragua in 1978, coming to the Palos Verdes area where she had family. She left behind a career as an elementary school teacher; she taught grades 1–6. 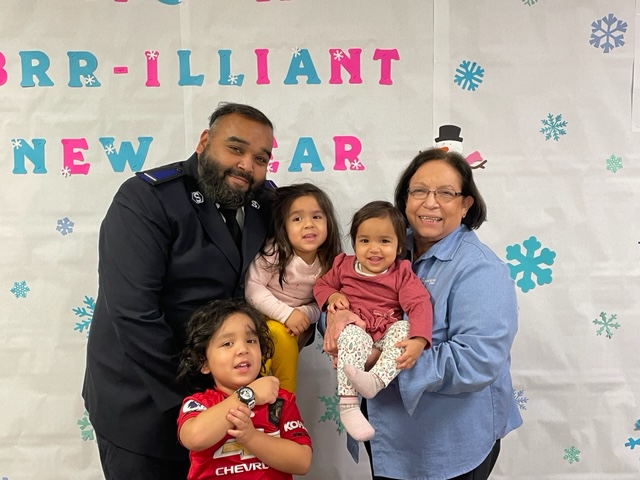 Luisa Martinez with her former charge, Cadet Isaac Henry-John, and his children, including 1-year-old Abigail, currently under her care, along with 4-year-old Hezekiah and 2-year-old Maryah. Courtesy Joy Groenleer.

The transition took courage. “I’m a person who doesn’t like to move,” she said, adding the inclination might be cultural. In Nicaragua, she was born in her house, grew up there, got married there. People don’t move around as much there as they do here in the U.S., she said.

Martinez has stayed at the FCC, saying the job continues to bring her joy. “I feel like I’m in my house when I’m here. I get really attached to the kids and they get attached to me, too..I feel like I have continued my career as a teacher. You don’t just take care of the kids, but at the same time you teach them; you’re teaching skills from the beginning.”

Much has changed over the years, from cadet life to the FCC facility—“changes for the good,” Martinez said.

Her supervisors have changed, too. “I’ve had many bosses, and I can’t complain. I love them the way that they are. And they love me the way that I am. The [Salvation Army] officers are very supportive, very nice to the employees.”

The officers recognize the FCC’s contribution to the overall ministry of the College for Officer Training. Martinez recalled a recent meeting when CFOT Assistant Principal Major Amy Reardon spoke to FCC staff.

“Major Amy [acknowledged] how flexible we are here,” Martinez said. “We are very flexible in family care. [Reardon] said, ‘I thank you all because you are a very important part of us. Because of you, we don’t have to worry about what we are going to do with our kids.’”

Saying goodbye to the children when they leave Crestmont when their parents are appointed elsewhere is difficult, but Martinez has been able to keep up with many of them due to The Salvation Army’s periodic moves, which can bring officers and their families back to CFOT. And some of her charges have returned as cadets with their own children.

Currently, Martinez cares for 1-year-old Abigail Henry-John, youngest child of first-year Cadets Isaac and Merary Henry-John. Some time ago, it was little Isaac who was under her care. Martinez remembers him running around and talking—at that time, the babies and toddlers were together.

“Somebody said the teacher doesn’t ever know how the student’s life ends up, but I have that,” Martinez said. “It’s a joy for me to see the kids grow up and come back with their family and build their career; it’s a special feeling.” 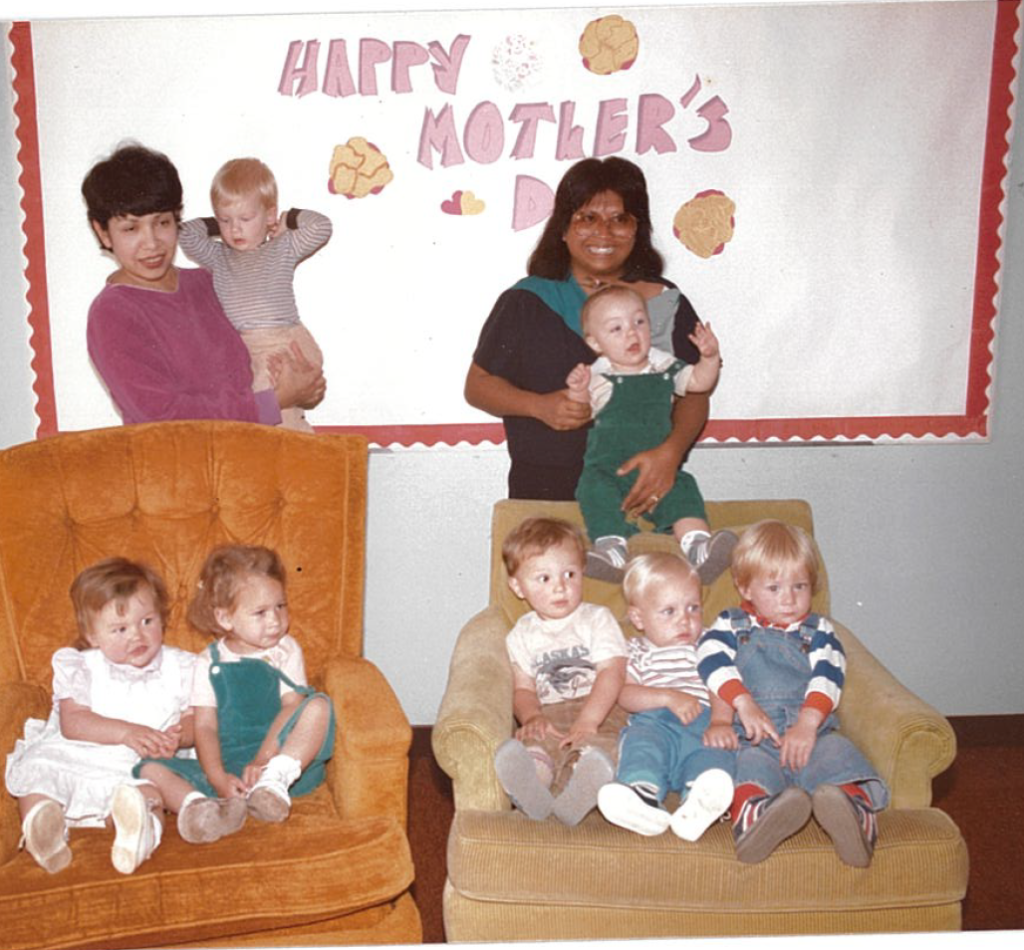 For the cadets with children, having quality child care brings peace of mind.

“Knowing that Ms. Luisa is caring for my kids is a blessing,” said Isaac Henry-John, whose other children are Hezekiah (age 4) and Maryah (2).

“My mother talked about how [Ms. Luisa] loved and cared for me like I was one of her own children. I feel the same way with her care toward my children now. My youngest, Abigail, has a big smile and greets her with a big hug. It is a true blessing knowing that a faithful woman of God is investing in the next generation of the Henry-John family.”

Martinez mentioned other children she cared for who have returned to campus as cadets or employees, including Lt. Melissa Jones and Lt. Nicholas Helms, and employees Doreen Danielson-Thieme and Deryn O’Brien.

“To work here is a privilege,” Martinez said. Likewise, CFOT personnel recognize that the FCC has benefited from her loving commitment.

“Since Luisa joined the FCC family in 1984, she has been caring for and raising cadets’ and CFOT officers’ babies, including some who are now officers themselves,” said Family Care Director Captain Joy Groenleer. “Throughout her 37 years as a caregiver, from one generation to the next generation of children, Luisa continues to serve with such dedication and compassion. Luisa seems to always have a smile whenever she’s at FCC, and she continues to spread joy to others. FCC loves Ms. Luisa!”