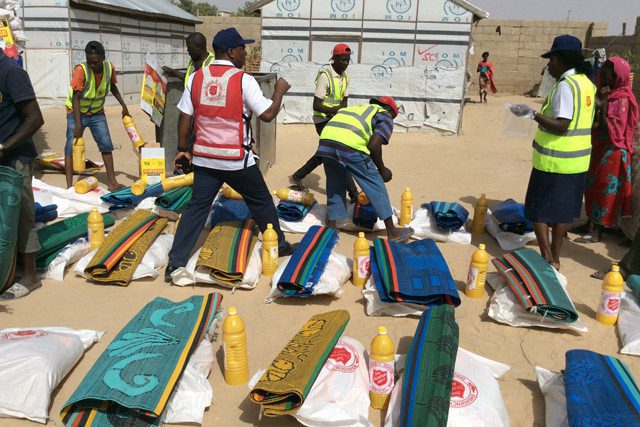 Conflict in north-eastern Nigeria has had a devastating effect in the three states of Adamawa, Borno and Yobe. Resulting food shortages have led to nutritional insecurity, with millions of people severely affected. In the least-accessible and worst-affected areas, more than 45,000 people are experiencing famine-like conditions and severe hunger. The Salvation Army is supporting more than 500 of the most vulnerable families of internally-displaced people (IDPs) who are currently living in temporary camps in the Maiduguri area.

With each family having an average size of eight people, around 4,000 individuals are being helped with essential food supplies such as rice, beans, wheat flour, cooking oil, spices and salt. The families have also been provided with sleeping mats, blankets, cardigans and other items of clothing as required. The Salvation Army is also ensuring that hygiene and disease prevention is being addressed through the provision of soap and washing detergent. All the relief efforts are being undertaken in collaboration with Nigeria’s National Emergency Management Agency and with the support of the Baptist Church and Christian Council of Nigeria.

For a people that have experienced brutality at the hands of insurgency groups, the sense of joy among recipients receiving simple but vital supplies was palpable, with spontaneous singing, dancing and thanksgiving reported. The distributions were seen by many in the community as a practical demonstration of love, and therefore boosted morale and confidence. One of the recipients, from Gwoza, Borno State, told a Salvation Army team member how the provision of culturally-appropriate food items had restored her “hope for living.” She explained she had “lost both her husband and son to violent Boko Haram attacks,” before going on to express that she was thankful to The Salvation Army. 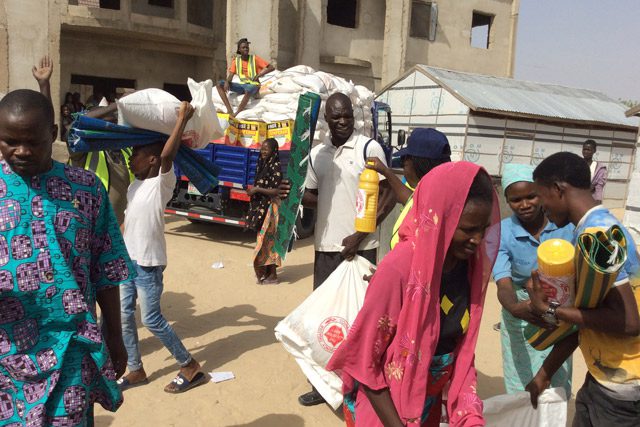 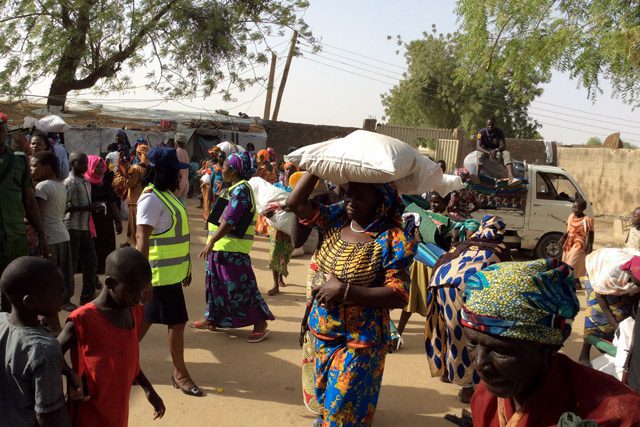 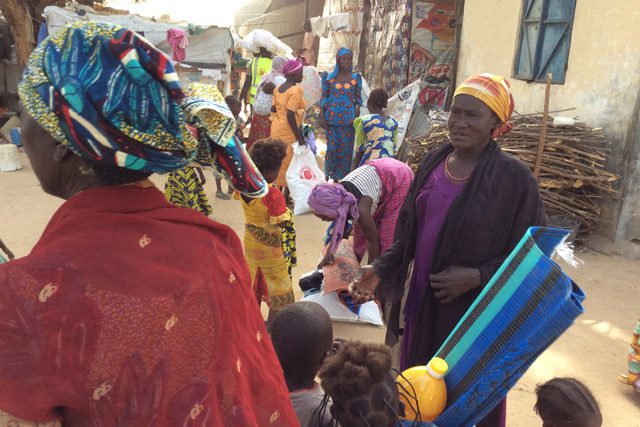 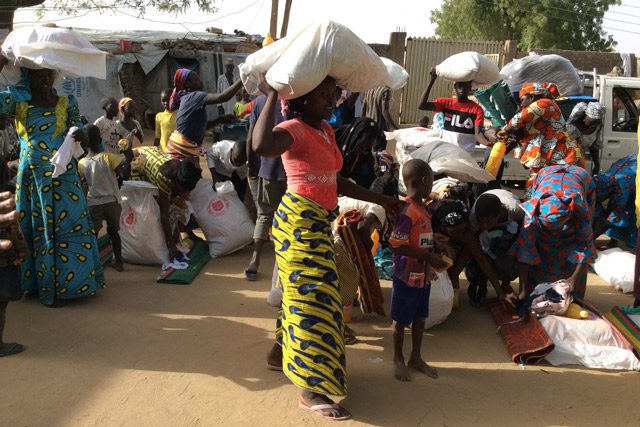 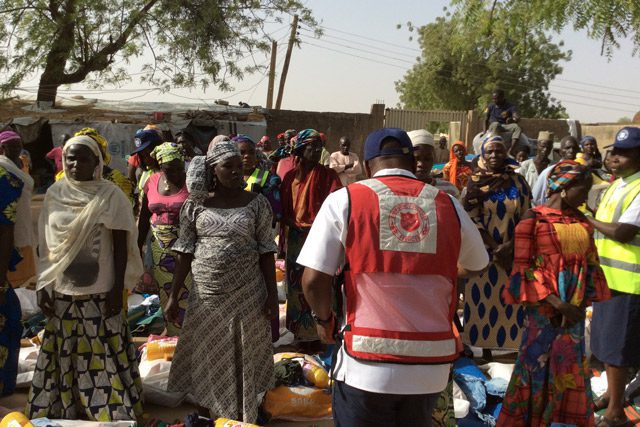 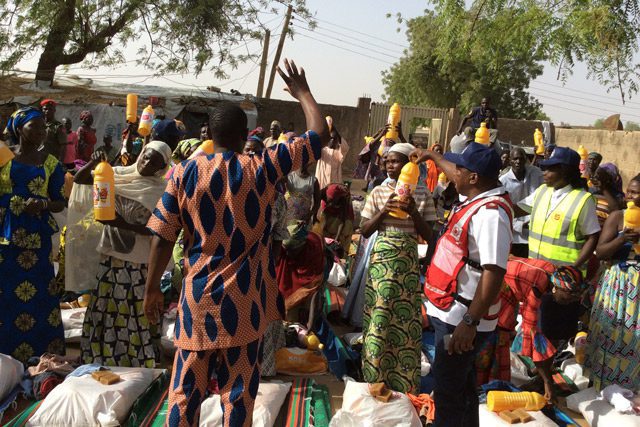 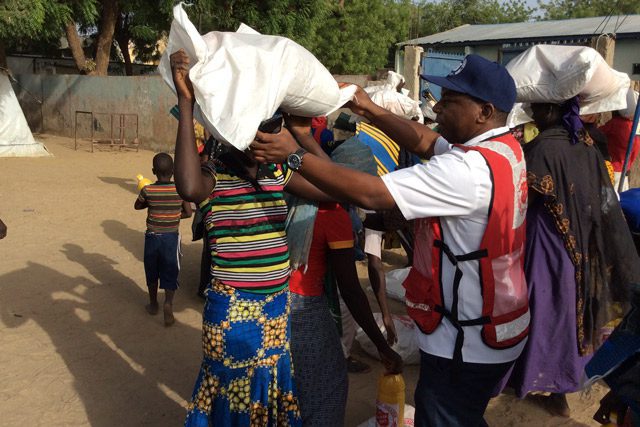 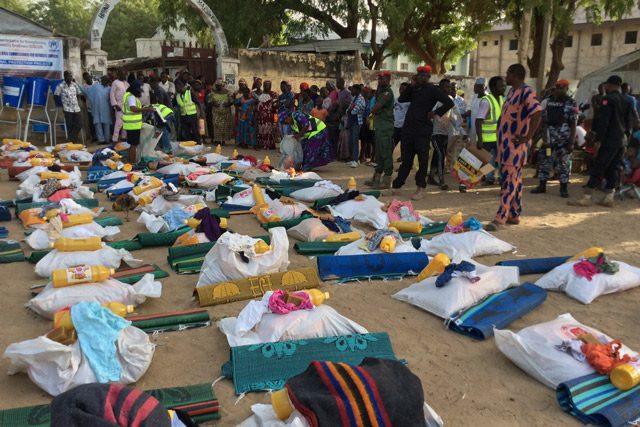 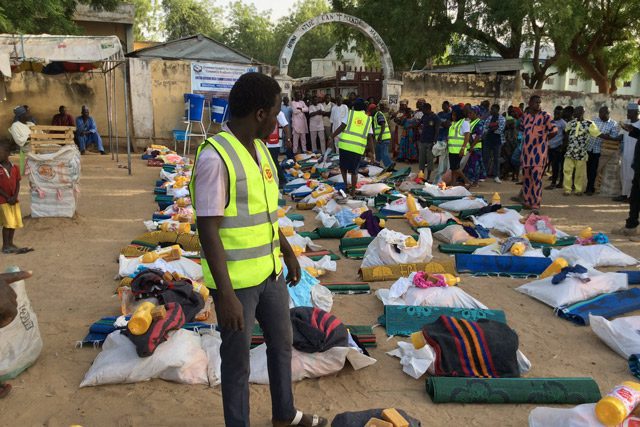 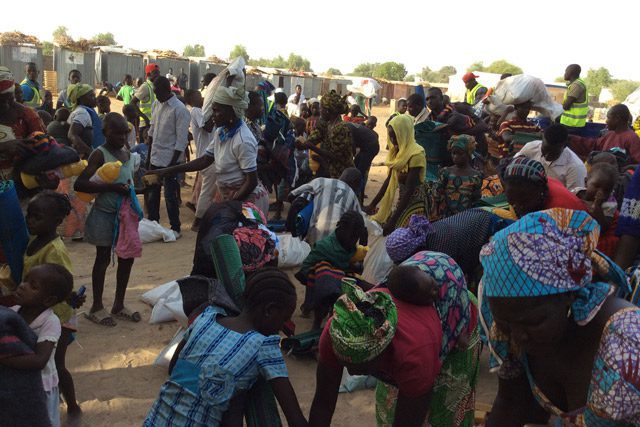 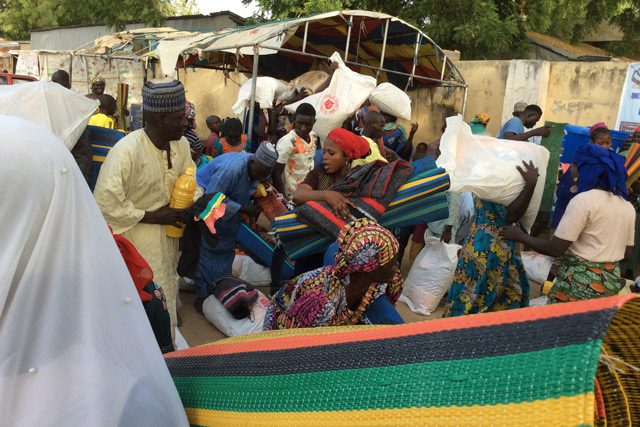 The food distribution sought to provide around three months’ supply of staples to families, to ensure a robust and reliable larder. The provision on this scale was also intended to help safeguard women in the camps, some of whom had been vulnerable to sexual exploitation in exchange for food.

Of the humanitarian response, The Salvation Army’s Emergency Relief Services Coordinator for Nigeria, Major Godspower Anozie, said: “Assisting the IDPs in Maiduguri was a timely response which helped to cushion the pains of the suffering.” While the security situation was such that Salvation Army team members had to be accompanied by armed military personnel, the major reports that “the relief assignment was peaceful and successful” and that independent observers noted the positive impact of The Salvation Army’s approach.

With flooding having also devastated agricultural land in parts of Nigeria, there is now significant pressure on fertile crop fields in order to ensure productive harvests. When the security situation has stabilized, a second phase of The Salvation Army’s emergency response seeks to equip subsistence farmers with seeds and tools, in order to help address longer-term food security.

Elsewhere in Nigeria, The Salvation Army is also busy responding to a conflict between migrant herdsmen in Benue State. Food and non-food items are being provided to approximately 600 families.