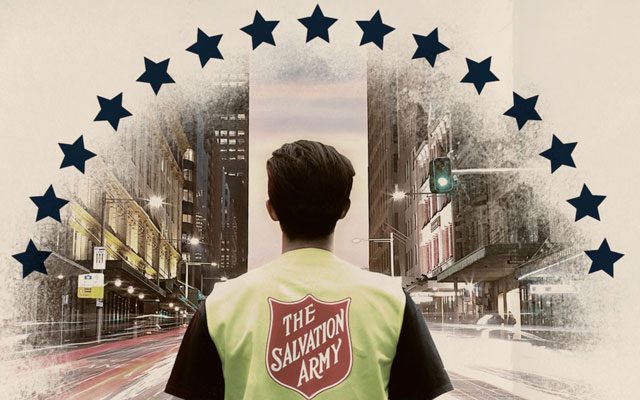 The Salvation Army in Australia is rolling out a new youth ambassador program called Frontliners to help the next generation of do-gooders engage with the organization’s mission on a deeper level.

The twelve-month leadership initiative will include plenty of opportunities for volunteering and skill development for students ages 16-18.

“Frontliners was birthed out of a need to create new faith pathways and opportunities for the emerging generation to engage in The Salvation Army and ultimately lead a generation into an active relationship with Jesus,” said Matthew Gluyas, one of the project coordinators.

The New South Wales/Australia Capital Territory (NSW/ACT) Division conducted some research on the emerging generation, which affirmed the need to create clear, accessible opportunities to engage with the Salvation Army’s mission. They found that the upcoming generation loves what The Salvation Army does but they don’t know how to engage with its work beyond financially giving and collecting.

Gluyas and the other coordinators are currently recruiting Frontliners in two areas of Sydney with a bootcamp (induction) set to take place in July. In this bootcamp experience, the new Frontliners will be partnered up with a mentor—someone with years of experience working or volunteering with the Salvation Army—and begin a community needs analysis on their local community. This will become a guide to community impact projects they will later develop and implement.

After the Sydney rollout, the program will make its way to several more locations across the division.

“We are believing that we will see a generation emerge that lives for others, loves community and fights for justice,” Gluyas said. “We believe we will see a different form of ‘youth ministry’ that is socially minded, immersed in community and builds leaders that shape generations to come—a generation who serve and live out the social mission of the Salvation Army and amidst that find and know Jesus.”