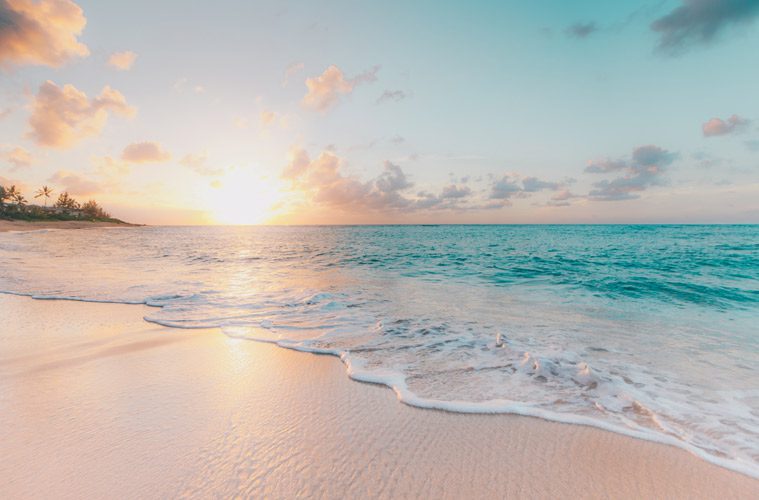 Typically, this phrase is associated with the celebration of the new year. Happy 2020, friends! Along with most people out there, I am sure you have made some resolutions to be better, do something better, to start something or to end something. Resolutions are the goals we make.

Let this be a year of new beginnings! 2 Corinthians 5:17 says, “Therefore, if anyone is in Christ, the new creation has come: The old has gone, the new is here!”

When you accept Christ into your heart and decide to follow Jesus, he has made you a new person. Your slate has been washed clean, and you get to start over. Sure, there may still be consequences to deal with, and logistics to figure out, but you are a new person—stand firm on that promise.

Part of this equation is the need to forgive—to find new beginnings through forgiveness of others, of God, of ourselves and then finding the will to move forward. In this study, we’ll look deeper at all four.

In this study, we’ve covered how to embrace new beginnings by forgiving others (part 1), forgiving God (part 2) and forgiving ourselves (part 3). Now, after experiencing that forgiveness, it’s time to explore how to move forward.

2 Corinthians 5:17 says, “Therefore, if anyone is in Christ, the new creation has come: The old has gone, the new is here!” Friends, in Christ, you are free! You are no longer held back by old habits, lifestyles or sins. You have been made new; now, it is time to own that. Stepping into change can be hard, especially if you are abandoning a lifestyle that you have become accustomed to.

Few people like change, and that’s OK. One of the primary motivators for people’s uneasiness toward change is fear. Fear can be crippling and debilitating. Fear can stop dreams from becoming a reality, stifle growth and silence hope.

2 Timothy 1:7 says, “For God has not given us a spirit of fear and timidity, but of power, love and self-discipline.” Shut down those feelings of fear and apprehension about moving forward and embrace who God has created you to be.

There is a story in the Bible about a woman who embraced fully what God had created her to be, even though society told her she had no right to do so. In John 4, we read about a conversation between Jesus and a Samaritan woman. We don’t know her name, but we have her story to learn from.

Read what Scripture says in a life-changing conversation:

Friends, Jesus didn’t call the Samaritan woman out in a negative way to make her feel bad for her past. He was pointing out that he knew what she had done, and yet he still offered her that living water. He knew everything, but that didn’t stop him from telling her to move forward with her life. He encouraged her to change her ways and then start living.

For numerous reasons, this conversation was extraordinary. The Samaritan woman had so many cards stacked against her. She was a Samaritan, she was a woman and she was known to be living in sin.

Men like Jesus, respectable men, were not seen talking to such people in public. Yet Jesus wasn’t concerned with how society viewed the Samaritan woman. His primary concern that afternoon was telling the woman that God loved her, she was forgiven and to encourage her to go and live faithfully.

The woman not only listened to the words from Jesus, but she acted on them. “Many of the Samaritans from that town believed in him because of the woman’s testimony” (John 4:39).

Jesus knew the Samaritan woman was lost. He sought her where she was, showed her a different way and encouraged her to move forward. She was no longer bound by the sins of her past, her lifestyle or the gossip spoke about her. She was free in Christ, free to move forward into the woman God had created her to be.

The freedom that Jesus offered the Samaritan woman is the same freedom he provides you and me. A few months back, I was helping my daughter with her math homework (a tough task for both of us). After a while, she finally understood the concept we were going over. After tears, frustrations and exhaustion, I looked at her and said, “How was that, sister?” She replied, “It was hard, mom.”

With all the courage I could muster up, I took her in my arms, held her close, looked her in the eyes and responded, “My sweet girl, you can do hard things.” I made her repeat that phrase a few times so that it would sink in.

My sweet friends, you can do hard things. Let go of the past that is holding you back. In this New Year, step into who God created you to be by moving forward. I’m praying for you and cheering you on!

As you think about moving forward as the Samaritan woman did, consider these reflection questions:

“Dear God, Thank you for reminding me that I am enough. Thank you for not only forgiving me when I come to you but for encouraging me to go and live life to the fullest. When I get lost, thank you for finding me. I pray that you give me the courage and strength to move forward. To embrace this beautiful world that you have created and to enjoy life. Thank you for your unfailing, relentless love. Amen.”

Sign up for the Do Good Digest, our weekly newsletter, and stay tuned for a new study.