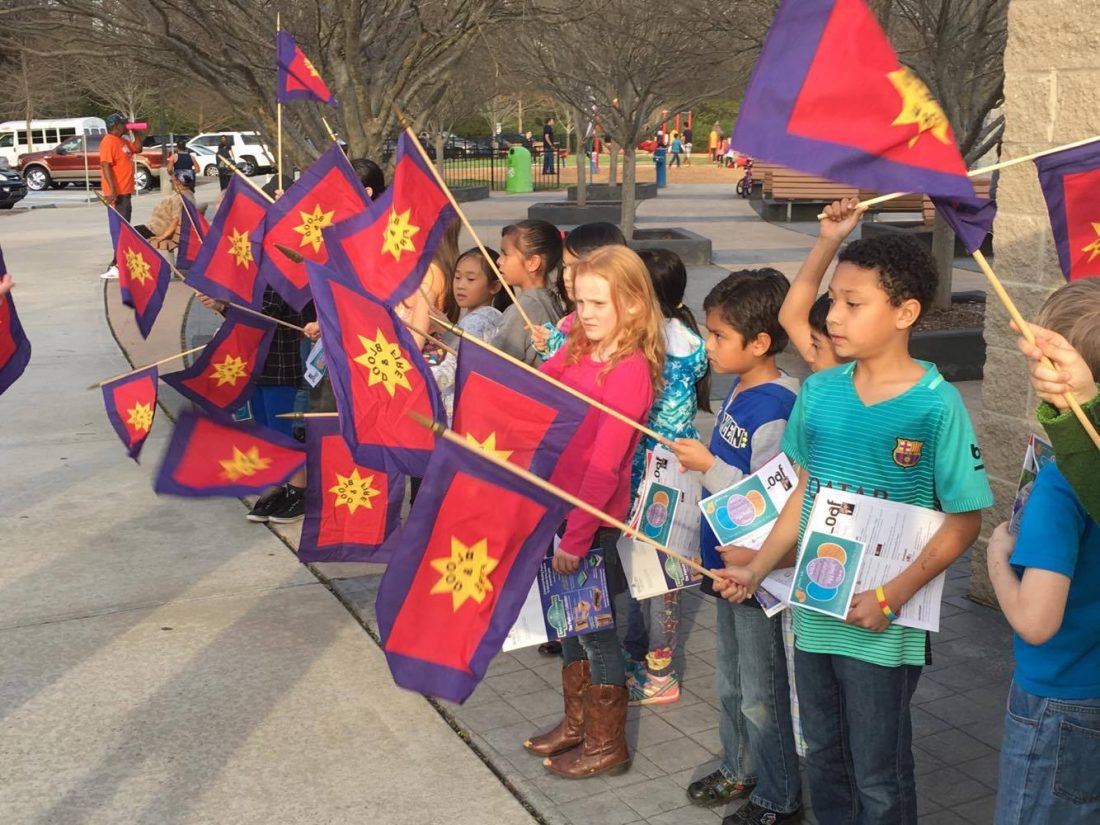 Youth around the world reached out to their communities in creative ways.

Thousands of young Salvationists and friends around the world united in prayer, showed the love of God to their communities and took the lead at their corps during the “Mobilize: Go Children and Youth!” weekend, part of “The Whole World Mobilizing” initiative.
The weekend coincided with The Salvation Army’s annual International Day of Prayer for Children, and was preceded on March 23 with a virtual worldwide prayer meeting which included a prayer from General André Cox that, “over this landmark weekend for children and young people…The Salvation Army will sit up, take notice and listen to what they have to say; and, most importantly, that the world will see Christ in their actions.”
Young people were invited to pray in their own language, share Bible verses or post artwork that reflected how God was speaking to them through a live, interactive blog, which was home to the virtual prayer meeting and then updated throughout the weekend. Hosted by David Giles, web manager for IHQ Communications and featuring input from members of the Whole World Mobilizing team, the blog was a hub of activity, running 24 hours a day throughout the entire weekend. It provided real-time commentary, live feeds and news of mission and outreach activities as young people linked with The Salvation Army shared the gospel and served their communities.

Viewers participated in live feeds from Kenya, Canada, the Republic of Georgia and Reykjavík, Iceland, where international leaders General André Cox and Commissioner Silvia Cox, World President of Women’s Ministries, were visiting.
“It was great to be part of the activities in Iceland where children and young people took on significant roles,” Cox said. “But reading and engaging with some of the activities happening in different parts of Army world, from all quarters of the globe, was equally inspiring.”
Using the hashtag #GoMoCY, Salvationists added hundreds of photos and videos to social media, many of which have been gathered together—along with other direct input—on an innovative social wall that is being updated throughout the entire Mobilizing initiative.
The weekend’s activities included distributing food to people in need, sharing the gospel with people on the street, cleaning up neighborhoods open-air ministry, youth-led worship, prayer walks and hosting community events. Whether they were having painting parties or making new friends at a football tournament, young people reached out in many new and creative ways.
“My message to everyone is to keep things going!” Cox said. “Let’s continue to involve our children and youth in all we do. They are great examples of the love of God at work.”
Sharing is caring!
Tags:
April 2017, International Headquarters (IHQ), The Whole World Mobilizing, youth