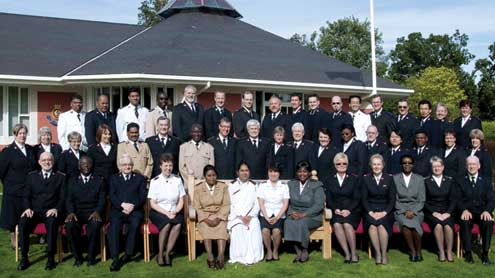 Forty-nine of The Salvation Army’s theological thinkers and ethicists—representing 26 territories around the world—met at Sunbury Court in Thames, England, on Oct. 7-10, 2010, for the International Theology and Ethics Symposium.

This was the third such meeting; the first occurred in Winnipeg, Canada in 2001, and the second in Johannesburg, South Africa in 2006. Collectively, they have produced a collation of doctrinal and theological papers that articulately convey Salvationist scholarship.

“We come as Salvationists as part of God’s divine design,” he said. “The central theme of the presentation of theological papers during the ensuing days is the doctrine of ‘holiness.’ This will be studied carefully for when we focus on holiness, we study the very character of God.”

That evening—after viewing a video of the first convening High Council in 1929—Commissioner Robert Street, vice chair of the IDC, read the opening paper, “Our Holy Heavenly Father—Characteristics of a Holy God.”

The session concluded with two thought-provoking questions from Lt. Colonel Karen Shakespeare: “What are you bringing to the symposium? What will you take back from the symposium?”

Personal holiness
The second day focused on “Our Heritage of Holiness—Biblical Foundations,” by Francis. In his treatise on Romans 6:18, he spoke on the never-ending process of sanctification. “You have been set free from sin and have become slaves to righteousness.”

Noting the influences on current Salvationist thinking of holiness by living a life in Christ with an emphasis on the sanctifying event, Lt. Colonel Philip Cairns shared his writings on “Personal Holiness—Perspectives of the Holiness Experience.”

The final segment—a plea for nurturing relationships—came from “Personal Holiness—Holiness for a New Generation,” by Commissioner Robert Street.

Community
Continuing the holiness theme, the morning of day three included papers by Colonel Johnny Kleman (Sweden) on “Relational Holiness In Community—Gathered in Community” and ”Relational Holiness In Community—Mobilized for Mission,” by Major Elsa Oalang (the Philippines). Both centered on cultivation and development of holiness in the community—“To only love yourself is a sin” (Kleman)—and compassion for the lost—“…grow in holiness so your compassion for the lost flows over into mission” (Oalang).

Resolution
Program emphasis shifted on Saturday when delegates moved from doctrinal discourse and debate to resolution and recommendation.

Two final papers closed the seminar. Captain Juliana Musilia (SALT College, Kenya) addressed “Socio-Political Holiness in the World—Service,” focusing on The Salvation Army’s ministry and mission. “Being highly gifted yet lacking love is a waste of time and may cause harm to the body of Christ, for great works of service without love are of no use and have little effect,” she said.

Dr. James Read (Booth University College, Winnipeg, Canada) concluded the morning session with “Socio-Political Holiness in the World—Social Justice,” drawing from William Booth’s In Darkest England and the Way Out.

Small groups met in the afternoon to choose one specific issue of importance and prepare a defense for it. After three hours of discussion, the groups shared choices and rationales in the concluding plenary session, “Global Issues and Concerns Relating to The Salvation Army.”

All members of the Doctrine Council met after the symposium for three days, Oct. 11-13, to review the symposium and work on ongoing agenda items. 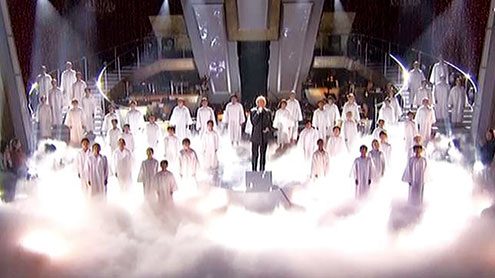 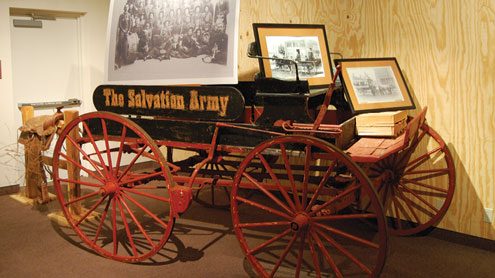 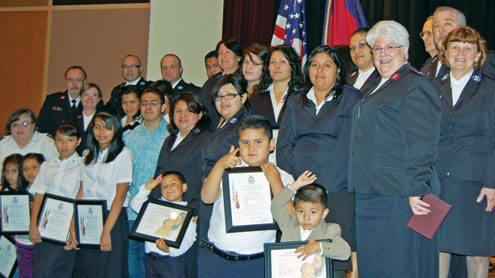