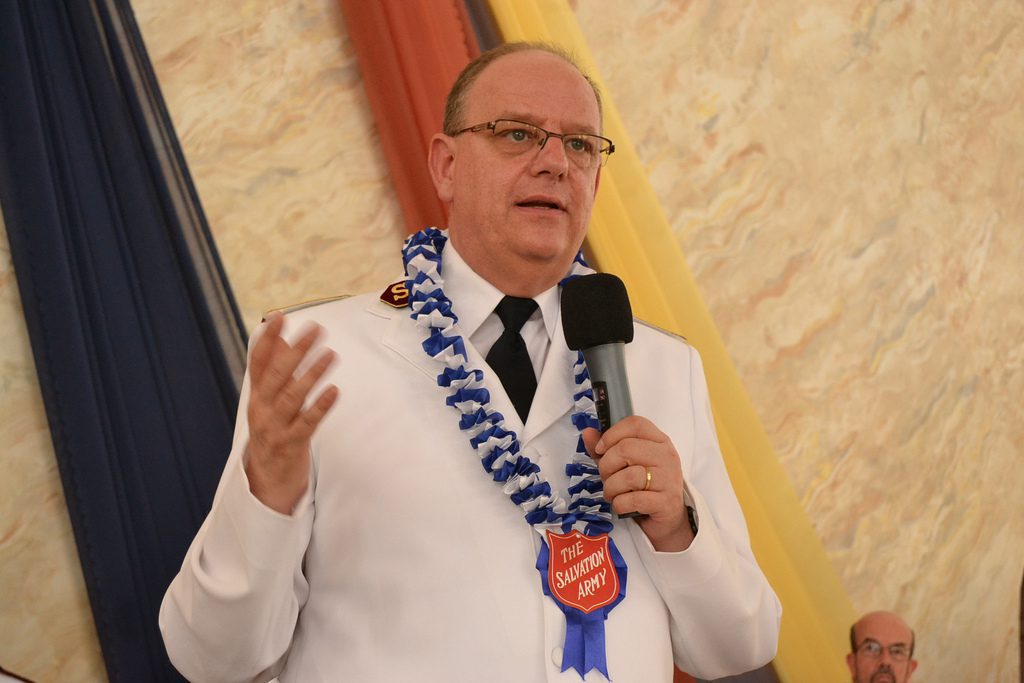 Highlights include hundreds of soldiers enrolled and a march of witness with more than 5,000 uniformed Salvationists.

General André Cox and Commissioner Silvia Cox, The Salvation Army’s international leaders, visited Nigeria in March, where they presided over the enrollment of more than 500 junior soldiers and almost 800 senior soldiers, and participated in a march of witness with approximately 5,000 uniformed Salvationists. Their visit provided opportunities for Salvationists to reorder their priorities and to ensure their motives are in line with God’s will for their lives.

On arrival in Abuja, the General made a courtesy visit to the Office of the Secretary to the Government of the Federation, where he met with the Permanent Secretary. He also had a short meeting with the President of the Christian Association of Nigeria.

Officers councils occurred in two sessions. At the first session, Commissioner Silvia reminded officers to acknowledge that they are thirsty and that Jesus, the Living Water, can give them the grace and power they need to succeed in life and in their ministries. Speaking in the second session, the General made a passionate appeal to officers to remain focused in their call to holiness and in the simplicity of life exemplified and taught by Jesus. He instructed officers to know what God’s will for them is in every situation. 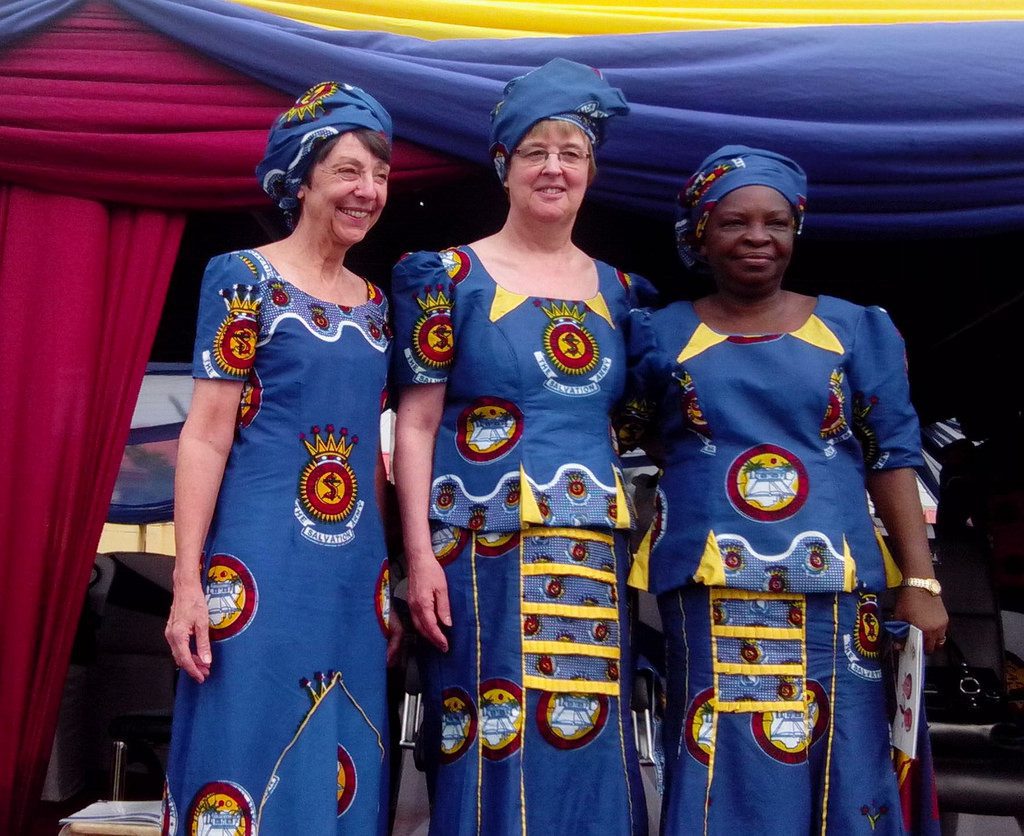 At Saturday’s meetings, Salvationists greeted the international leaders in local languages and dressed them in traditional clothes. The General attended a men’s rally at Uyo Central Corps, where he explained that God wants his people to be rooted in his Word. Meanwhile, Commissioner Cox led a women’s rally, where she reminded attendees of the assurance of God’s love and that he has a plan for each one of them.

During a youth rally the General enrolled 515 junior soldiers. The territory’s officers’ children were particularly glad to receive the General, who is himself an officer’s child. Through a humorous and insightful drama presentation, they played out the history of The Salvation Army from the time of William Booth to the present, narrowing the focus to a Nigerian context.

After the General’s Bible message more than 200 seekers approached the mercy seat.

On Sunday morning, more than 5,000 uniformed Salvationists took to the streets of Uyo in a march of witness with band instrument and timbrels—with the international and territorial leaders taking the salute at the end of the route. The territorial flag was carried on the march, along with flags from every corps, center and division.

The General enrolled 785 senior soldiers during the holiness meeting, telling them that their motive in joining the Army should be to serve God and humanity and not for any personal gain.

“It is time to stop pretending; it is time to live out God’s will for our lives,” he said, whereupon more than 400 people hurried to the mercy seat to declare their willingness to be true ambassadors of God wherever they find themselves.

Later in the meeting, the General presented Territorial Commander Commissioner Mfon Jaktor Akpan with his 45-year long service award. He also presented The Salvation Army’s Order of Distinguished Auxiliary Service to Governor Chief (Dr.) Godswill Akpabio, the Executive Governor of Akwa Ibom State, for his tireless service to his state and support to The Salvation Army. Later in the day the family of Governor Akpabio organized a dinner at their estate in the General’s honor.

The following morning, the international leaders concluded their visit after dedicating to God a new 2,000-seat hall at Ejigbo Corps and a newly built accommodation block at territorial headquarters. 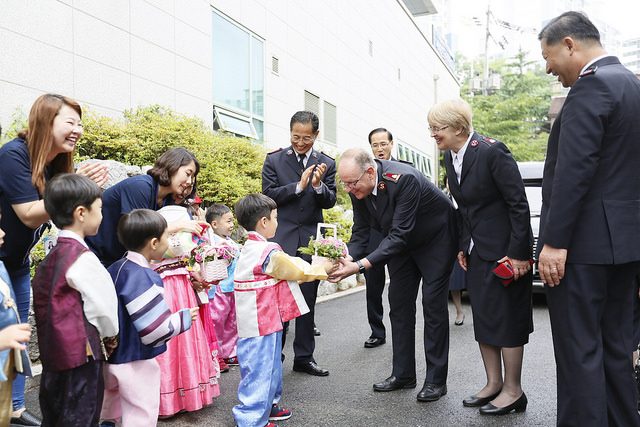 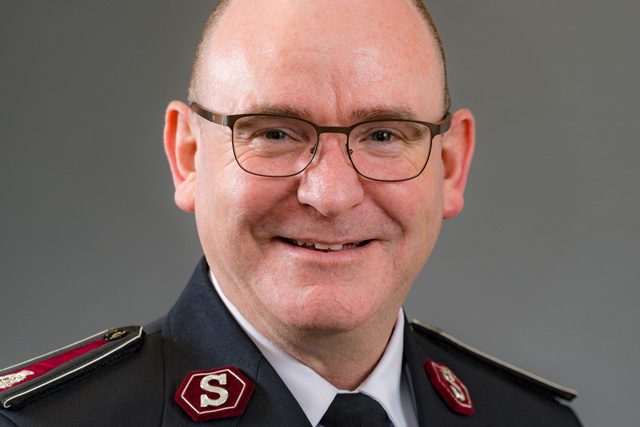