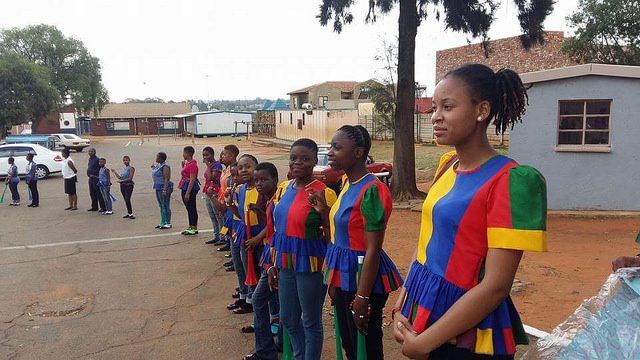 The international leaders met with officers in council, emphasising the need to “rekindle” their passion to win the world for Jesus.

A soldiers’ rally allowed delegates to “reclaim” through a drama recalling The Salvation Army’s beginnings in Southern Africa–its history and heritage. The meeting ended with the General challenging Salvationists to reclaim the basics of getting to know–and living according to–God’s Word, being more intentional and passionate about sharing the good news of salvation through Jesus Christ.

At the children’s ministry event, hundreds of young people welcomed the General and enjoyed taking a selfie with him. He urged them to love Jesus and follow him closely. Drama, singing and massed timbrels presentations represented the family celebration theme “restore.” Junior soldier Ivony Dzvetera brought the crowd to its feet with his testimony to the saving and keeping grace of God in his life and that of his family. The General enrolled more than 100 junior soldiers.

Nearly 400 men gathered for a rally while 1,250 women met to hear Commissioner Cox’s invitation to “bring your burdens to Jesus.” A music festival highlighted the different cultures of the Southern Africa Territory.

At a youth rally the General entertained the young people with his lively dancing. “You are all signs of God’s love and blessings,” he told them. “Each one of you is unique in the eyes of God. No matter your age, this is the first step on a journey, and it will be exciting to see what he does through all of you.”

The international leaders took the salute during the march of witness as the streets filled with Salvationists from around the territory. More than 1,000 Salvationists joined the march–led by the Norway, Iceland and The Færoes Territorial Band, which ministered throughout the congress.

During their time in South Africa, the international leaders visited the Carl Sithole Children’s Home in Soweto, where the children welcomed them enthusiastically.

At the final congress meeting, the General challenged Salvationists to “renew” their relationship and covenant with God. “We have an incredible God,” the General said, “who can and wants to do more than you can imagine!” He enrolled 100 senior soldiers, urging them to be God’s servants in a dying world that is filled with sin.