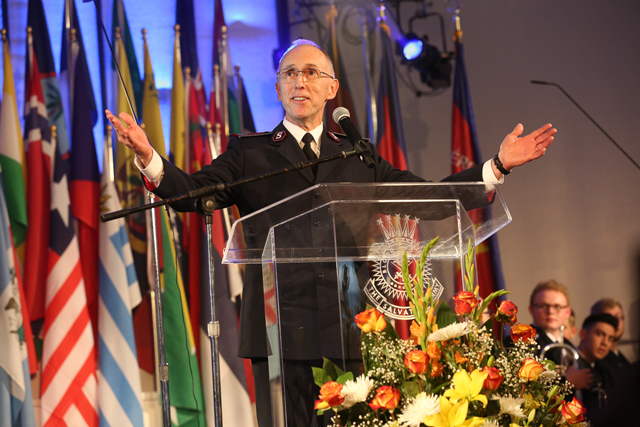 West hosts 130 leaders from around the world 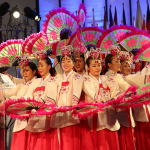 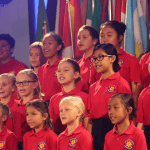 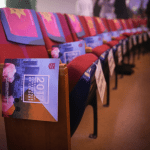 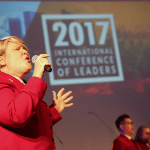 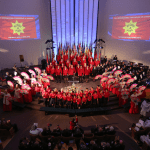 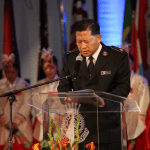 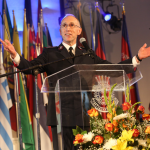 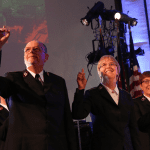 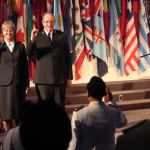 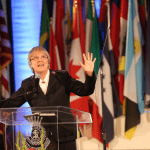 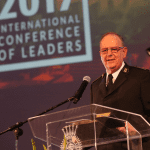 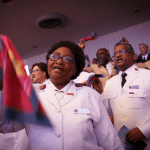 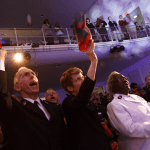 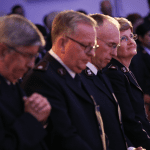 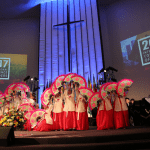 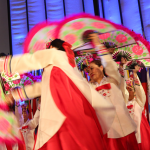 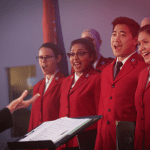 The Western Territory is hosting the 2017 International Conference of Leaders (ICL) Nov. 4–11 in Southern California. The conference—led by General André Cox and Commissioner Silvia Cox, World President of Women’s Ministries, and Chief of the Staff Commissioner Brian Peddle and Commissioner Rosalie Peddle, World Secretary for Women’s Ministries—brought together 126 territorial and command leaders from all 59 territories and commands of The Salvation Army around the world.

Held every three to five years, the ICL provides a cross-cultural forum for the General to meet with Army leadership to discuss matters of importance to The Salvation Army.

“It’s great to be here to encourage you in this step of faith,” he said. “Today, you don’t become members of a church, you become soldiers in God’s army.”

Silvia Cox read from 1 Peter 2:9-10, imploring all to declare the praises of Christ, who called us out of darkness. “What Peter is telling us reminds us of who we are if we accept Jesus as our Savior,” she said. “As we accept him, we become one holy nation. We’ve been given a common citizenship.”

Cox, who was born in Argentina and has citizenship in three different countries, encouraged worshippers that, “Having citizenship to heaven is the best one to have.”

That afternoon, a public welcome meeting at the Los Angeles Central Corps brought together area Salvationists and the international leaders for a rally focused on mobilization in The Salvation Army’s youth, ministry, diversity, and worship and service.

In his message, the General acknowledged that we live in a world adrift, a world of fake news and alternative facts.

“We might be tempted to think the situations we are facing are unique, and no one has faced the challenges we face today,” he said. “The fact of the matter is that people of every generation have faced great trials and difficulties.”

He reminded attendees that Isaiah’s message was primarily for the people of Jerusalem, “people in troubled times, in a nation split for decades,” Cox said. “The people of Israel were turning away from God and worshipping all sorts of gods.”

The same could be said of our generation, that “Yahweh had become one God among many gods,” he said. “But Isaiah speaks of the salvation available to those who are faithful, those who turn to the living God. Isaiah calls people to pause, to reflect on things that they value.”

God can still touch and transform lives, he said, and if he can do so one life at a time, he can do it in a community, in our nation, and in the world.

“The invitation is for us to stop whining about what we don’t have, about our weakness or incapacity to change the world, and to look up with eyes of faith to the God who can and will change the world,” Cox said. “We live in a tolerant age, but we are reminded this evening that not all gods are equal. Nothing compares to our God.

“Isaiah reminded the people of his day and reminds us that God wants a relationship with you and with me,” he said. “God wants to bless, but it depends on us opening our hearts to him.”

This week, ICL delegates will meet to cover a range of practical, moral, ethical and theological issues facing The Salvation Army. The General will also address the Accountability Movement, providing an update on the work done in the past four years, discussing next steps, and launching necessary changes, according to the General’s office.