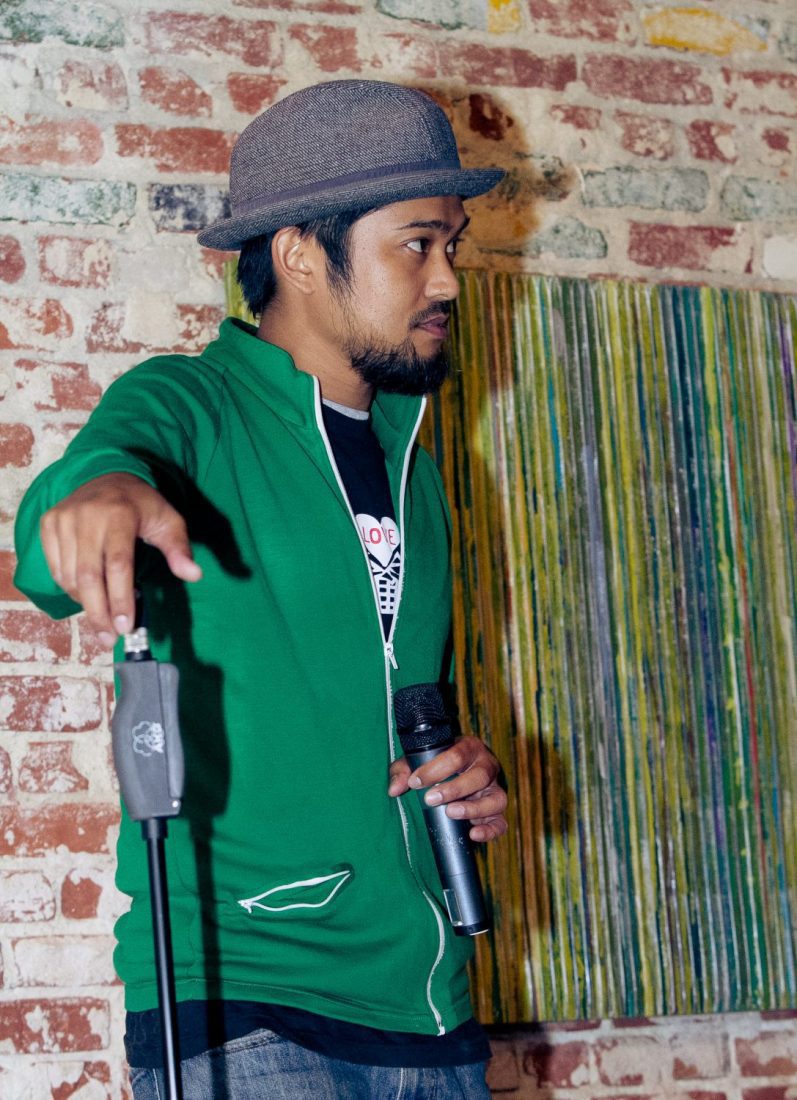 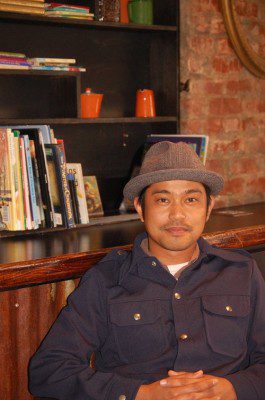 Derrick Engoy, the soft-spoken poet, pastor and nonprofit advocate seems nervous when I first meet him. Dressed in a gray fedora, navy blue buttoned shirt and jeans he drinks his coffee and we make small talk. Engoy explains he used to be a journalist, which describes some of his unease. He’s used to conducting the interview, not being in the line of questioning.

Engoy grew up Catholic in a traditional Filipino family where he said, “You’re either destined to be a nurse or an engineer.” He went against this norm and chose journalism with a creative writing minor.

During college he became disenchanted with Catholicism and began a quest to learn more about religion, which ultimately led him to Christianity. With a new sense of purpose, Engoy is using his talents to help plant churches.

Currently he’s a pastor at New Life in Harbor City, Calif., and works with nonprofits Just One (raising awareness for injustice) and The Freeze Project (human trafficking awareness). Engoy has also penned three books and does spoken word on the weekends. Caring got Engoy to slow down long enough to tell us about his journey and new venture—planting a church called The Branch in Long Beach, Calif.

I grew up Catholic, but I was never committed to the faith. When I turned 18, my parents said, ‘you’re an adult now; you can choose.’ So I went to a Protestant church and I was blown away with the fact there was live instruments in a church. Growing up in a church background, it was all vocal, no instruments, and so I think my experience in the protestant church with Jesus was solely based on music.

Most surface things immediately tapered because it was superficial, so when I got into college I left Jesus. I left the faith all together and I explored different religions. I spent a lot of time with Rastas and a good amount of time with Muslims and Buddhists.

I developed an appreciation for the diversity of different faith expressions, but for me there was something about Jesus that kept coming up in my study of different religions and piqued my interest. As I got a little bit older, I came to a point in my life where I decided if I’m going to claim a religion then it’s time to get serious about choosing and because Jesus seemed to be the thread in most of the major religions, I decided to come back to the Protestant side of things. Exploring Jesus for who he was, not who Christianity said he was.

What were your next steps after that realization?

I decided to go to this church in Norwalk, Calif., and it was the same kind of experience when I first went into a Protestant practice; the music was great. In 2003, the son of the senior pastor was going to plant a church and he asked me to come. I went along on the journey and he asked me to do youth ministry and I was ordained through the process.

What made you choose Long Beach as your new site for The Branch?

Growing up in Long Beach and going to Cal State Long Beach, the culture just never left me. I’m always here. So every time I would drive through, I just felt this tug. Call it the Holy Spirit or common sense, but it was the only place that made sense. There are currently 250 protestant churches in Long Beach alone and they’re doing great things, so our approach isn’t to come and do what they’re doing better. I want to develop relationships with a lot of great pastors in Long Beach.

How will The Branch be different from other churches?

Don’t get me wrong, we’re still going to have our Sunday service, but that’s not going to be our main service. I did production for awhile for churches after youth ministry and my entire job was solely to do Sunday morning well and create this attraction experience so that people would come. You’re talking about spending a lot of money on lighting and just the production side of church. Not to say that’s wrong, I think God uses it, but I’m done spending a lot of energy on that and I’d rather invest in relationships and rather invest in building community. 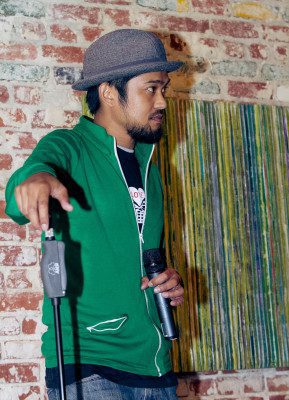 In what ways do you immerse yourself in the community?

We do things like Laundry Love, where we just go into the community and not only do we provide funds for free laundry, we’re there to build relationships with people. When we began going to the laundromat, Spin Cycle, the manager there was very suspicious of us at first. She told me there had been many other groups, who were doing what we’re doing, but they come in once and then she’d never see them again. She said when we came the next month and the next month and saw us interacting with folks, she could tell we’re not trying to funnel them or cattle them into a Sunday service. She could tell we authentically care about these people.

In fact, while I was there, I was talking to an agnostic and he was telling me how much he hates church. He had a bad experience and unfortunately that dictated his relationship with Jesus, which is unfortunate because that’s many people’s stories. We engaged in this conversation and I told him the heart of what we were trying to build and he was really excited to hear this idea of just building community. He said when we start he’d love to be apart of it. If I would’ve approached him saying we were starting a church and to come to our services, I don’t think he would’ve given me the time of day.

You became a friend to him first.

Yeah and I look at Jesus as well, he was about immersing himself in the culture and was known as a friend of sinners. I think many times we create this divide as Christians and we’ve become more known for what we’re against than what we’re for.

We’re not trying to create anything new we’re just saying, ‘hey, we’re here; how can we partner with what’s already going on.’ In the network of pastors I got to know, I’m asking them how can we help them as a new church. We’re here to help people.

What is your ultimate hope for The Branch?

I ultimately want to share the story of Jesus with everyone. I think there’s a side to him that other people don’t realize that’s been masked by our Christian practice. In fact one of our vision statements is ultimately to create multiple environments where we can share the story of Jesus wherever we go. So my hope is to see that people who are apart of our community aren’t afraid to talk about him and live that way.

Our mission is to love, learn and live.