The meeting, led by the Chief of the Staff, Commissioner Barry C. Swanson, included a number of emotionally moving moments as memories were recounted and hopes for the future expressed.

Caring, justice and the Cliftons being difference makers were three common threads running through each of the prayers and talks delivered during the farewell.

In his prayer, specifically for Commissioner Clifton, IHQ Communications Section graphic designer Berni Georges thanked God for her love for the Lord, officer calling, faith, desire to see people of all races come to know Jesus Christ, strong sense of justice, and her support of and vision for Salvation Army women leaders across the world. He also gave thanks for the commissioner’s strength and clarity as she faced a new challenge at this time in her life.

Major Richard Gaudion, Private Secretary to the General, stated in his prayer that no-one can estimate the influence for good that the General and Commissioner Clifton have had on thousands of people around the world. ‘We know that they live their lives for you, Lord, that they trust you for the future and that they will continue to be faithful to you.’

When paying tribute to Commissioner Clifton, Major Lynn Gibbs (Personal Assistant to the WPWM), said that the commissioner not only ‘talks the talk but she walks the walk’. The major outlined a number of instances where Commissioner Clifton had revealed deep caring and compassion, especially in leading the fight against human trafficking but also in pastorally caring for officers and their families. ‘Helen, you are a role model, advocate, prayer warrior and friend – you are a blessing,’ said Major Gibbs.

In delivering a tribute to General Clifton, International Secretary to the Chief of the Staff, Commissioner William Cochrane, said that ‘if anyone has been perfectly prepared for the office of General then Shaw Clifton is that person – service as an officer on five continents, intellectual grounding in academia, Salvation Army grounding by his parents and early commitment of his life to Christ’.

The commissioner declared that the General was still a corps officer at heart and ‘many of us have been the recipient of your care and concern’.

Commissioner Cochrane emphasised the General’s global vision, decisive action and apparent fearlessness in the face of difficult situations. He also disclosed two often used terms of General Clifton, ‘Intentionality and is it do-able?’ Hindsight has revealed, said the commissioner, that if the General thought it was do-able then it was. He added that the General’s intentionality had, among many other achievements, resulted in the elevation of soldiership within the Army, reasserted the supremacy of the covenantal relationship between officers and God and demonstrated to the Army that it can be confident in itself and its place in the Body of Christ.

Prior to presenting the Cliftons with their retirement certificates, effective from 2 April and each recording 38 years and 10 months’ active officer service, the Chief of the Staff said that he viewed it a privilege to express appreciation to the retiring leaders on behalf of ‘a million plus Salvationists who have been inspired by your leadership’.

In her heartfelt response to all that had been said in the meeting Commissioner Clifton quoted Hebrews 13:8; ‘Jesus is the same, yesterday, today and forever,’ and said: ‘These words describe my experience of the Lord Jesus Christ ever since I took him as my personal Saviour as a child’.

The commissioner commented that even though she had missed being able to attend the office during recent weeks she had been greatly aware of the loving and prayerful thoughts coming to her from all at IHQ. She also commended the visionary and enthusiastic approach of the next World President of Women’s Ministries, Commissioner Sue Swanson.

After thanking God for calling her to serve as an officer, Commissioner Clifton said: ‘I face the future with my faith unchanged and undiminished. Hebrews 13:8 is true. We will take the future one day at a time, our hands placed in his (God’s) hands, as we have always done.

During the early portion of his message the General expressed his thanks to a large number of people, including the two officers who have served as his Chief of the Staff, Commissioners Robin Dunster and Barry Swanson and all the IHQ commissioners. General Clifton also encouraged Salvationists to prayerfully support the General-Elect, Commissioner Linda Bond.

In measured tones, reflecting the transitional nature of his life at present the General said: ‘These are indeed strange and unfamiliar moments for Helen and me. We’ve never retired before! We’ve seen others do it with considerable poise without realising how difficult it is.

He presented a brief summary of his and Commissioner Helen’s officer service leading to the final five years as an active officer.

‘These past five years serving as the Army’s world leader have thrown me back again and again on the grace and help of God. If you are risking much for God, your need of grace doubles and re-doubles. Your prayers grow more and more passionate, even desperate, as you seek guidance. God hears, God guides, and God opens up the way.

‘A word about the Army – we all know God raised us up, but also we know that we Salvationists are very human and that, as a result, the Army is not perfect. Nevertheless, I want to affirm clearly and with all my heart today that I have been deeply privileged to have been called by God to be a Salvationist. God’s great Army of Salvation has allowed me to pastor, preach, teach, write, research, study, learn, travel, encourage, experience myriad cultures, to serve and to lead. The Army, under God, has allowed me to be stretched, challenged and – above all else ­– to be changed and to grow in grace.

‘All of this has happened with Helen at my side. We have gone every step of the way – all of it – together. How grateful I am that we have both been spared to retire together. Helen married me in 1967 when she was just 19. She has made a huge contribution in her own right to the furtherance of the gospel and to the building up of the Kingdom and the Army in every appointment. She has lovingly reproved and corrected me, as only a devoted spouse can. She has encouraged me and has quietly empowered me in every place, in every appointment, and in every task,’ said the General.

He also thanked God for his family (some of whom were present) and for the support their children and grandchildren provide.

Using four verses from Acts 20: 20, 22, 24 and 32 General Clifton reaffirmed his Christian faith and thanks to God for the past, present and future. He concluded with a sacred reminder for all Salvationists. ‘All of us are called to be pure for God, sacred vessels for him, sanctified and made holy by His blood poured out so freely at Calvary. The One who calls you can do it. He is able.’

Earlier in the meeting Captain Matt Clifton read from the Scripture, an ensemble from the International Staff Band provided music support and an IHQ vocal group sang ‘The Stranger of Galilee’. 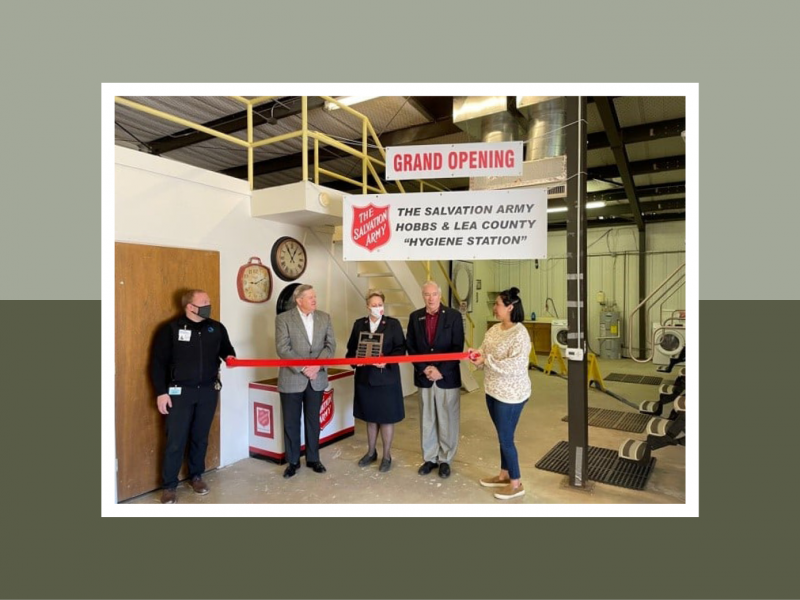