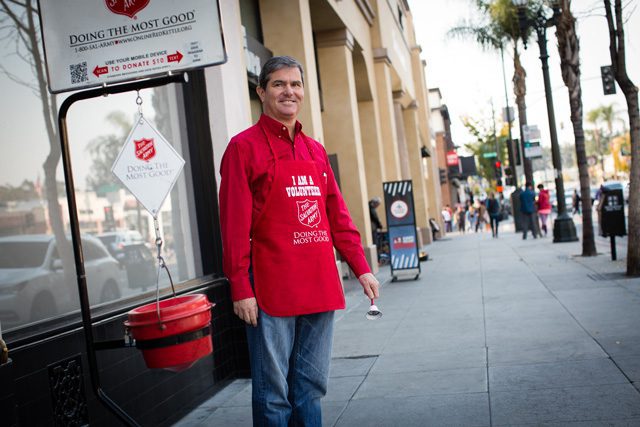 How to increase volunteer hours at the kettle

Last year, Territorial Commander Commissioner Kenneth G. Hodder set a goal of increasing volunteer hours at the kettle by 25 percent throughout the Western Territory. Some corps saw that figure and greatly surpassed it, raising their total number of volunteer hours by more than 100 percent from the previous year.

With Hodder’s goal for this year to reach another 25 percent—so half of all kettle hours are manned by volunteers in 2019—we asked officers who experienced substantial growth in volunteer hours to share their notes with us. 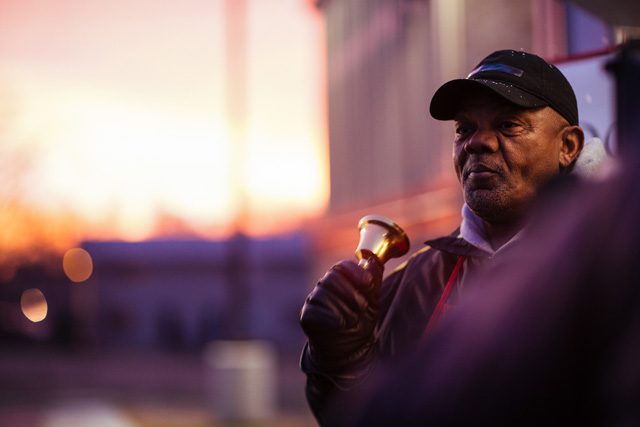 What actions did you take to increase volunteer hours at the kettle last year?

“We intentionally tried to speak with as many groups as we can, staring in June 2017. We got four new groups.”  –Captain Juan Argumedo, San Fernando Valley Corps (California)

“We started a Ding-A-Ling award for the service club that raises the most money. The winner has their service club and year engraved, and they hold the trophy bell for the year.” –Lt. Tami Moore, Pocatello Service Unit (Idaho)

“We sent a personalized postcard to all our donors from the prior six months…Through the postcards, we saw some direct donors, but we also gained one volunteer who gave us eight full days of kettle standing, and others who helped a few hours here and there. Our initial postcard cost was recouped by one full shift of our eight-day volunteer—who has already scheduled his spot and days again this year.” –Lt. Larry Carmichael, San Rafael Corps (California)

“We talked up the volunteer bell ringer opportunities among our folks who come twice a month for a senior food distribution, and a few of the men were willing to give several shifts a week, which really helped a lot. We promoted bellringing within our Celebrate Recovery group, and some of them rang for us.” –Major Lucy Hermanson, El Sobrante Corps (California)

“We used the Register to Ring program and promoted more in-house at the Kroc Center and used my contacts in the community.” –Captain Raymond Erickson-King, San Francisco Kroc Center (California) 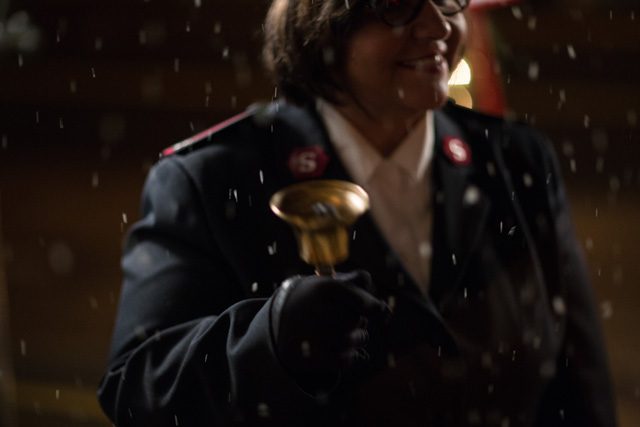 What are your best tips for kettle success?

“First, you have to make the need known. Lay it out in clear detail. Next, and most important, ask. Many people are willing to volunteer, but won’t step up unless you give a specific ask. They may step up in a way that you don’t expect.” –Lt. Walter Kaptain, Springfield Corps (Oregon)

“The little details make a big difference. Things like preparing the kettles a day before, having a spare of everything in the car and making sure my volunteers are happy. I believe the smallest effort bring forth the greatest rewards.” –Lt. Edgar Azueta, Redwood City Corps (California)

“I play my horn at the kettle, rain or shine, sleet or snow….I play for hours and God blesses us with stamina, positivity and productivity. We can’t expect people to volunteer, and endure the rigors of kettle manning if we aren’t willing to do so ourselves.” –Captain Kim Warriner, Billings Corps (Montana) 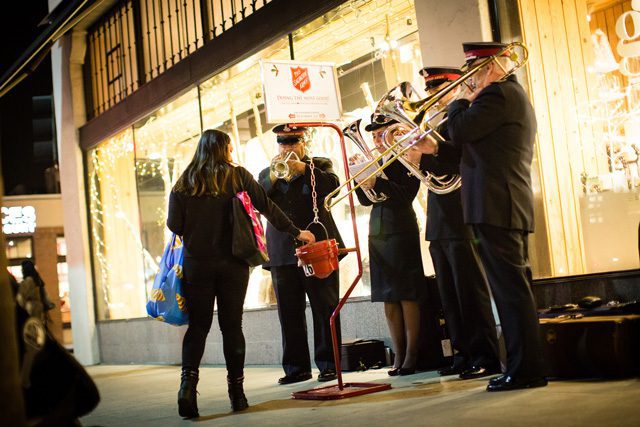 What impact do kettle volunteers make?

“In 2016, we had a new volunteer who had seen the opportunity on the volunteer website, and called, quite excited. She said it had always been on her bucket list to ring a bell at a Salvation Army kettle, so we signed her up. It was already kind of late in the season, so she only did one shift, but she loved it. Then, in 2017, she rang again a few times, and this time, she even recruited a friend of hers to also sign up.” –Major Lucy Hermonson, El Sobrante Corps (California)

“Not only did we have more volunteerism last year, but we raised the most money than in the last several years. Volunteers are happy to ring bells and they bring a joy that gravitates others to want to put money in the kettle.” –Lt. Tami Moore, Pocatello Service Unit (Idaho)

“It came to our attention that some people in our community think that by volunteering, they are taking someone else’s opportunity to have a job away. It was important to raise the awareness that volunteers are a huge blessing to The Salvation Army and that by volunteering they are actually helping us bring more relief to those in need, since we have the opportunity to retain more net income by not having to pay for an employee.” –Lt. Cynthia Escobar, Visalia Corps (California)

“Kettles are a powerful opportunity that we as officers and Salvationists have to change and transform lives. With my bell ringers, they are invited into the corps early each morning to come enjoy a cup of coffee, a continental breakfast and community. We have a ‘Ringers Lounge’ set-up for them that has the TV on, coffee nice and hot, breakfast, a lunch-making station and an information board about our campaign results both individually and as a team.” –Lt. Larry Carmichael Redwood City Corps (California)