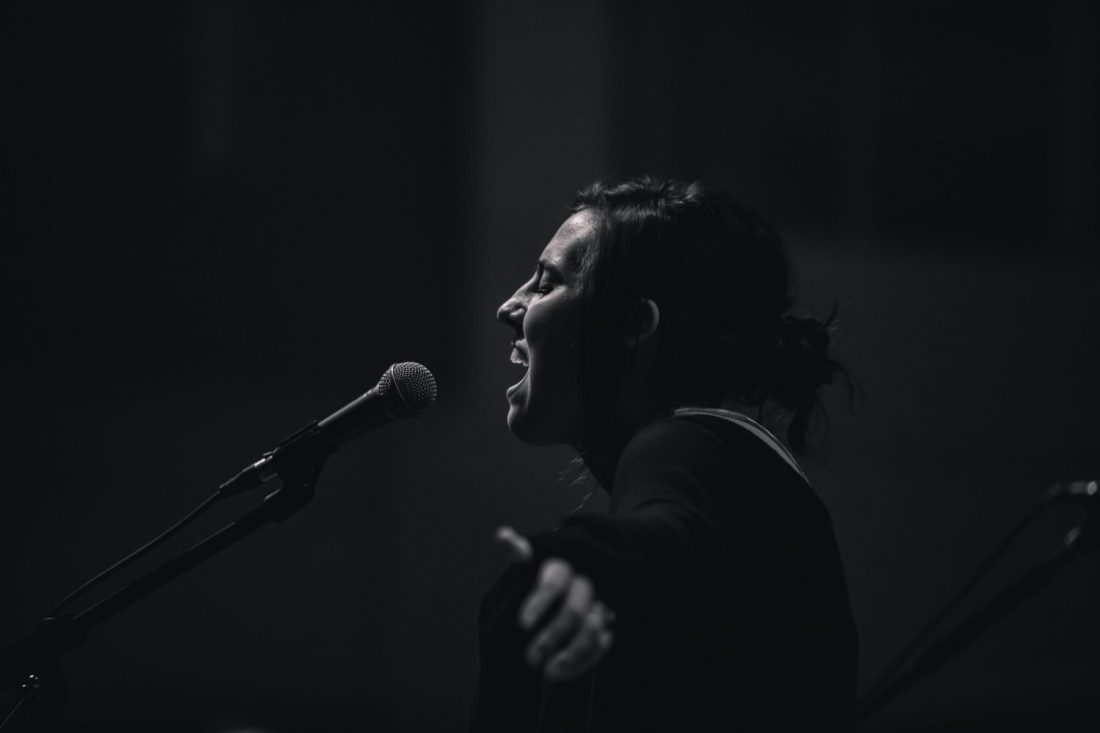 How singing brings us together during COVID-19

While social distancing has kept people physically apart during the COVID-19 pandemic, music continues to build community. Whether it’s on commercials or social media, coming together to sing—if even just via a computer screen—brings us together.

Historically, singing has helped us cope in troubled times. After addressing the press and the American people on Sept. 11, 2001, Congress showed a rare expression of unity when it spontaneously burst into “God Bless America” on the steps of the Capitol.

In a March meeting of The Salvation Army Western Territory’s command leaders that covered the Army’s response to COVID-19, Chief Secretary Douglas Riley closed the meeting by asking those present to sing “I’m In His Hands” (SB 732) for those joining the meeting via Zoom. Some of the leaders in the field wept as the familiar words washed over them.

A study by Bjorn Vickhoff from the University of Gothenburg in Sweden shows there may be more to these musical displays of solidarity. When a group sings together, the members’ breathing begins to sync, their hearts start to beat in unison and they collectively relax.

While these physical effects might not be the same when singing together virtually, the efforts can spread joy and a sense of togetherness.

“Whether you are celebrating Easter by safely quarantining in our shelters or at home, join us in rejoicing in the good news! We pray you are blessed by His grace today, and everyday,” The Salvation Army posted on its NHQ Facebook page.

Similarly, the Western Territory’s Staff Songsters shared a video of the group singing the song “Come As You Are” at the beginning of Holy Week. Singers submitted individual videos that were grouped together for the final presentation.

“The ‘socially distanced’ USA Western Territory Staff Songsters invite you to join them in worshiping our Savior at the beginning of this Easter week—whoever and wherever you are,” the group posted.

The Seattle Temple Songsters also formed a virtual choir to bring an offering of worship with their rendition of “Nothing But Thy Blood.”

Executive Director of the Institute for Congregational Trauma and Growth (ICTG), Rev. Dr. Kate Wiebe connects congregational leaders with information and tools to build ministry after trauma. One of those tools she recommends? Singing.

“You’re in the midst of caring relationships and you’re acknowledging what has happened, communicating what’s happened through song and the singing is actually calming you down,” Wiebe told Caring in 2017.

ICTG touts the three keys to healing as calming, connecting and communicating, with singing as a part of the calming. The best part for churches? Singing has been central to worship for centuries and contributes to resiliency.

“We’ve had congregation leaders who reach out to us where their congregations are complex, where they have people who are on a range of political stances and views about how things are going in the country right now,” Wiebe said. “I think especially as a congregation gathers for worship, I think singing can absolutely be a form of calming in the midst of that tension.”