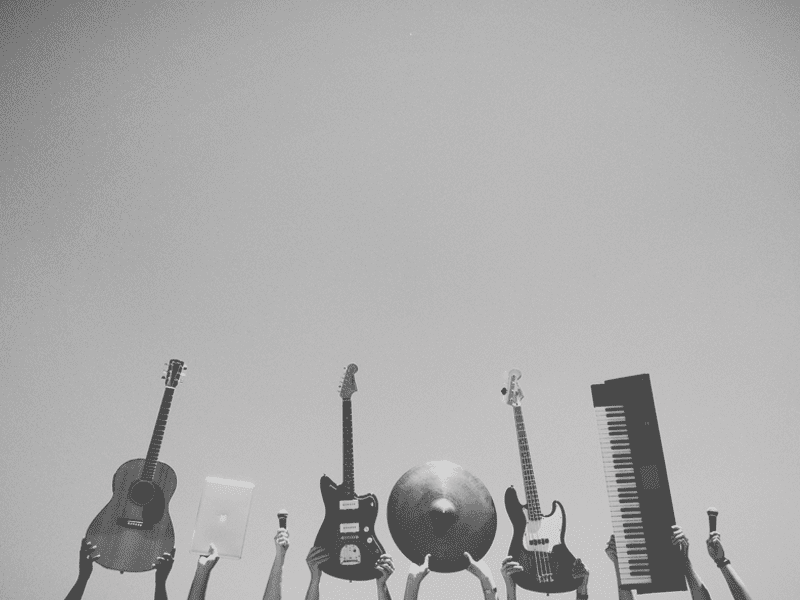 How coming together to sing fosters community

After addressing the press and the American people on one of the darkest days in United States history, Sept. 11, 2001, Congress showed a rare expression of unity when it spontaneously burst into “God Bless America” on the steps of the Capitol.

A study by Bjorn Vickhoff from the University of Gothenburg in Sweden shows there may be more to Congress’ surprising display of solidarity. When a group sings together, the members’ breathing begins to sync, their hearts start to beat in unison and they collectively relax.

Despite having no self-evident explanation, singing is a universal phenomenon that bonds groups while it relaxes them, according to Vickhoff’s study, “Music Structure Determines Heart Rate Variability of Singers.”

Historically, singing has helped us cope in troubled times. In a time of polarization in America, could singing be the common ground that helps heal us and brings us together?

At a macro level, the act of coming together to sing meets some of our basic belongingness needs that foster community.

DO GOOD
– Test the benefits. Find a group to sing with near you at westernusa.
salvationarmy.org.

– See the film about international musical collaboration at avoiceforpeace.org.

“Humans are hardwired to be in community together,” said Campbellsville University sociology professor Dr. Carey Ruiz, noting community’s importance in our own socialization process. “It’s how we learn to live and survive in the world, how we learn and understand our culture that occurs with other human beings.”

With proximity to others comes all forms of social learning, including experiencing trauma at the hands of someone else. Healing from trauma takes effort and intentionality.

“If it’s only lip service to [say,] ‘Oh we’re going to try to fix this,’ then it’s probably not going to get fixed,” Ruiz said, urging the importance of connections beyond the superficial level when mending group relationships. “If people are deeply wounded and upset by what happened, and even if it didn’t happen directly to them, if they witness something and they’re deeply moved and upset by it, then chances are the real reconciliation will occur. “

Chicago therapist and founder of All Along, Rachel Kazez believes singing is already helping people in America, but the findings of Vickhoff’s study need to be applied with sensitivity in order to avoid the dangers of superficial relationships.

“I think there’s a tendency sometimes for some social activists to see a study that says, ‘This could help communities,’ and then for a white activist to want to go into a community populated by people of color and say, ‘Hey, this thing is going to work, this is going to help you, and I’m going to do it for you,’” Kazez said. “Singing is already an integral part of many communities. If a community wants to make a change in a way that’s valuable to them, singing could be a great part of that.” 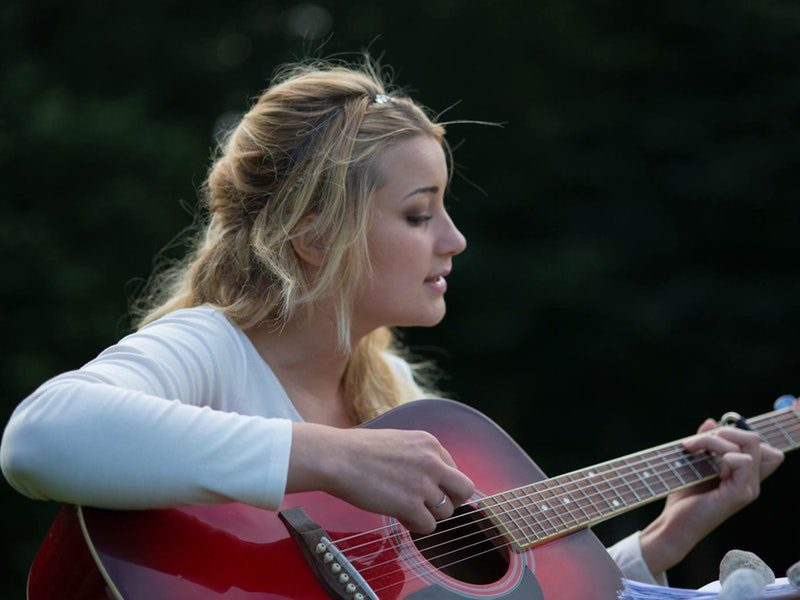 In her own practice, Kazez has found music, and especially singing, helpful in the healing process for those who experienced childhood trauma, which affects brain development.

“It’s not just talking about it that helps, but also doing things in the body having to do with breathing and movement and rhythm,” Kazez said, adding that singing in a group can negate some of the common worries associated with singing like concern for how you sound, leaving room for the potential of full body healing.

“It’s physical. It’s breathing. There’s a cultural element. There’s community. You’re meeting every one of the basic human needs of control, competence and connection through singing groups,” Kazez said. “It just addresses things from all angles, which is really healing.”

“So much is happening chemically when we are participating in music,” said Bollard, who harnesses the healing power of music to meet clinical goals in various therapeutic relationships.

In her practice, Bollard literally uses music as a prescription in countless situations in the NICU, where she follows specific, evidence-based NICU music therapy techniques to promote relaxation in premature infants.

“It may not seem like a big deal to bring a heart rate from 180 down to 150 or 140, but that’s insanely beneficial to a premature infant,” Bollard said. “When their heart rate is so high because they’re born so early and they’re agitated, that cortisol from the stress that is being released is actually burning calories, and that agitation is drastically hindering their development.”

The gains the infants experience from music therapy often result in being able to leave the NICU earlier than initially expected. While Bollard works with premature infants and those near the end of life, she believes anyone could benefit from being consciously aware of how music can impact our bodies’ physiological state psychologically, emotionally and spiritually.

“Music is super, super powerful. It can influence our moods,” Bollard said. “The relate-ability of music can make us feel less socially isolated and less alone. It can bring us together as a community and become entrained with one another, which also promotes a sense and understanding of one another.” 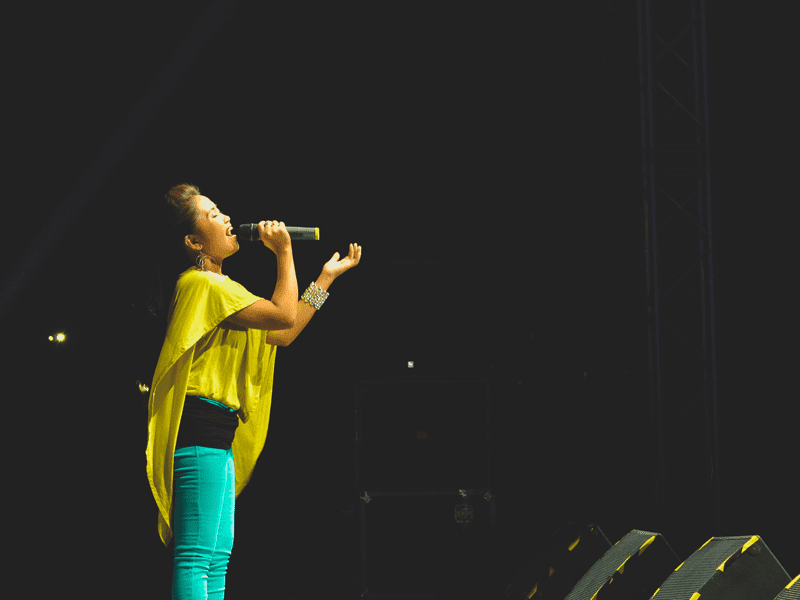 When we sing or play music together, we engage in a universal language of sorts where finding the right words to connect with someone else isn’t necessary. When a group works on a piece together, they have the same end goal that when reached, comes with its own fulfillment.

“The sense of accomplishment and community that comes out of this tangible, finished product as well as the actual experience of the endorphins that are together side by side while you’re creating the music is incredible,” Bollard said.

While it may come off like the iconic Coca Cola commercial where people from around the globe joined to sing, “I’d like to teach the world to sing,” AVoice4Peace Concert invited the entire world to participate in a performance of “Ukuthula,” a traditional African peace hymn as a part of a worldwide peace awareness project in conjunction with the United Nations’ International Day of Peace.

The concert took place in Nairobi, Kenya, in September 2016, but modern technology made it possible for any singer on the planet to participate in the performance by joining a live feed or submitting videos of their own “Ukuthula” performances that would be featured in a documentary titled “AVoice4Peace.” The film follows the stories of several musicians who participated in the concert in Kenya.

The official trailer for “AVoice4Peace” begins with a man saying, “If you see what’s going on around the world, you feel like we need music now more than ever before.” A different voice adds, “When people are going through rough times, it’s often their music and what they are singing that inspires them.”

According to AVoice4Peace’s website, the hymn, “Ukuthula” was selected because of the “comforting, overwhelming calm experienced when singing [it].” The sense of calm “allows singers to imagine a world where they live each day aware that their decisions and interactions can lead to resolution and unity—or to conflict and division.”

The church is not immune to the pain of division the world feels. While Christians are called to be unified and of “one mind” as a church, it can seem impossible to love other Christians whose political ideologies may be on the opposite end of the spectrum. Can congregational singing help to mend fractured relationships within the church?

Executive Director of the Institute for Congregational Trauma and Growth, Rev. Dr. Kate Wiebe connects congregational leaders with information and tools to build ministry after trauma. One of those tools she recommends? Singing.

When singing with a congregation, “You’re in the midst of caring relationships and you’re acknowledging what has happened, communicating what’s happened through song and the singing is actually calming you down,” Wiebe said.

ICTG touts the three keys to healing as calming, connecting and communicating, with singing as a part of the calming. The best part for churches? Singing has been central to worship for centuries and contributes to resiliency. 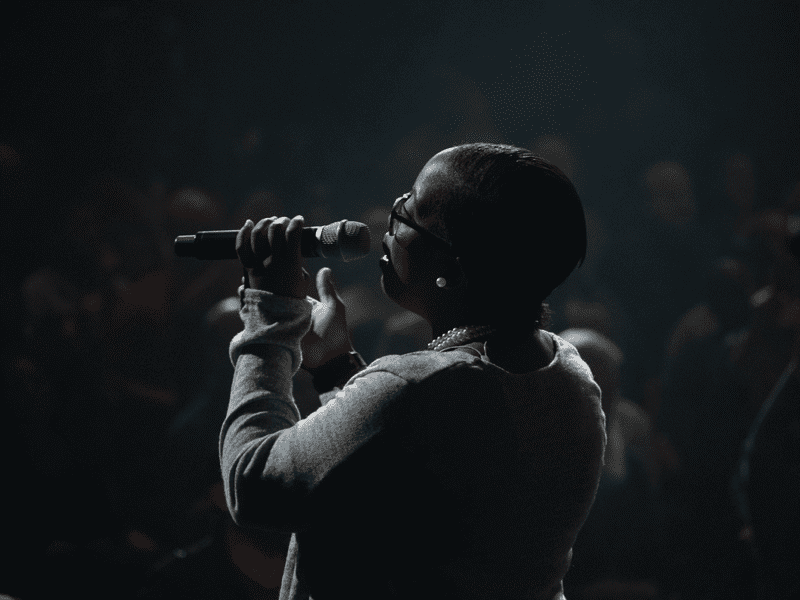 “We’ve had congregation leaders who reach out to us where their congregations are complex, where they have people who are on a range of political stances and views about how things are going in the country right now,” Wiebe said. “I think especially as a congregation gathers for worship, I think singing can absolutely be a form of calming in the midst of that tension.”

So what does this mean for the average person? Even if you’re not particularly musically inclined, you can benefit from singing with others. Church choir may have been one of the only options for group singing post-graduation for years, but today singing activities abound for all communities, with ensembles popping up in workplaces, neighborhoods and even the prison system. Or if you prefer a more organic approach, join with some friends.

“Singing is important to build community and work in diverse situations and to discover what’s inside you as well as what’s around you,” said Central Florida arts administrator Carolyn Minear. “To me it’s very, very powerful, and it doesn’t cost a nickel.”

Unity through music is something music educators like Minear have been teaching for years. In fact, shortly after 9/11, when Minear was president of the Florida Music Educators Association, she wrote, “We place ourselves at the core of humanity when we make music together,” in the organization’s newsletter.

“That’s the thing about singing, it’s universal in culture,” Minear said. “There’s no time in history or place in the world that doesn’t use it as a way to build community and to celebrate unity.”