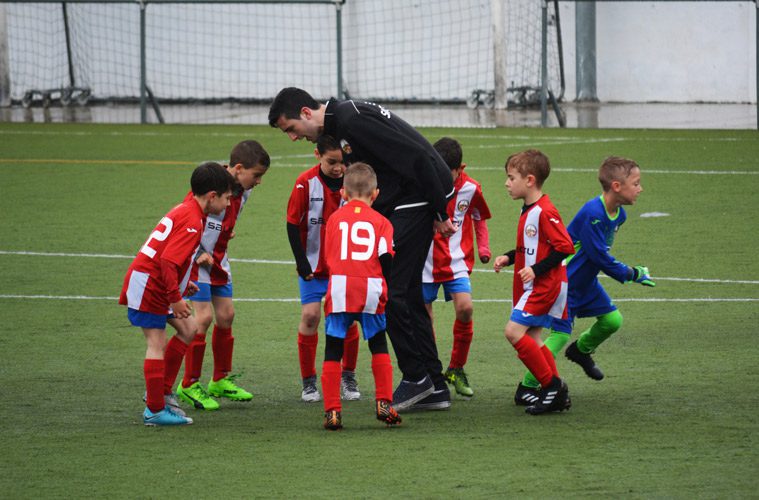 How getting healthy is good for kids’ brains

As a youth football coach, I often hear from parents that they sign their kids up for sports to keep them fit or keep them out of trouble. Recent studies have shown that participation in sports benefits youth on a deeper level, as well.

Researchers from Washington University in St. Louis have linked participation in team sports to larger hippocampal volumes in children and less depression in boys ages 9–11. Hippocampal growth helps regulate emotions. It is considered a crucial part of healthy brain development.

The study used a nationwide sample of more than 4,000 children whose parents reported both the kids’ activity levels in team sports and their “depressive symptoms.” Brain scans performed on the children provided information on the status of hippocampal growth.

Interestingly, the researchers found the increase in hippocampal volume was only associated with sports and not with activities, like art and music, which are typically done individually.

While coaching, I have seen firsthand the benefits of youth participating in team sports. One player was very shy at first, and his parents told us that he was often bullied at school. I do not think I heard him say a word for the first few months that I coached him.

Throughout the season, however, his personality had a complete 180-degree turn for the better. This emotional change carried into the following season and I was surprised to see that he has become a leader on the team. He is always first in line, helps other players he notices are struggling and often leads the break-down at the end of practice. Other coaches and I have noted just how much happier and confident he appears to be. He even has garnered a new nickname due to his newfound personality: Big Show.

“The fact that these relationships were strongest for team or structured sports suggests that there might be something about the combination of exercise and the social support or structure that comes from being on a team that can be useful at preventing or treating depression in young people,” said Lisa Gorham, lead author of the study.

The geographic area where I coach is plagued by gangs, crime and violence. The majority of my players live in housing projects and, typically, the project you are from defines who you are allowed to associate with. Further, people from other projects can even be considered enemies as rival gangs dominate these areas. On the football field, however, this is not the case. The players are united as a team striving for a common goal. I have had players (current and former) tell me that they do not care about these barriers anymore as they got to know each other on the field, despite the fact that they come from areas that have been at odds with each other for decades. This bond and sense of community has stuck with them, even though they have not been on the same team for years.

Playing team sports helps set a productive mental and physical foundation that young athletes carry with them throughout life. This foundation comes in the form of friendships and life choices. The Salvation Army recognizes the importance of laying down the groundwork at a young age, even launching the Kids Fit Go program to spread that foundation.

The Kids Fit Go program is a simple and fun program that provides kids the knowledge to make healthy lifelong choices. The preventative program is built on five pillars: Purpose, Interactive Nutrition, Movements for Life, Leadership, and Skill Training. The goal of the program is to create lifelong results that set children up for a healthy future by taking a holistic approach. The Salvation Army believes that by equipping youth with the knowledge of how food and exercise affect the body for lifelong strength, overall health and disease prevention, we can influence and develop a global generation of health leaders.

Nutrition is a large aspect of the Kids Fit Go program as it plays a large role in development and a child’s well being, including mental health. Researchers found that failure to have adequate eating habits has repercussions beyond the immediate health risks.

“Healthy eating is associated with better self-esteem and fewer emotional and peer problems, such as having fewer friends or being picked on or bullied, in children regardless of body weight,” according to a study published in the journal BMC Public Health. Inversely, better self-esteem is associated with better adherence to healthy eating guidelines, according to researchers from The Sahlgrenska Academy, University of Gothenburg, Sweden.

Senior author Dr. Louise Arvidsson stated, “We found that in young children aged two to nine years there is an association between adherence to healthy dietary guidelines and better psychological well-being, which includes fewer emotional problems, better relationships with other children and higher self-esteem, two years later. Our findings suggest that a healthy diet can improve well-being in children.”

The Kids Fit Go program emphasizes the importance of a healthy lifestyle based on the choices children make, eating and otherwise. Simply put: When a child knows how to take care of themselves, they are more likely to fulfill their potential.

Kyle Farber is the web assistant for New Frontier Publications.