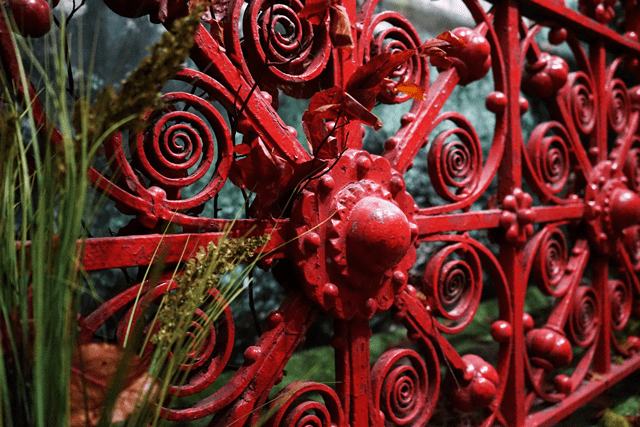 Fifty years beyond the UK release of The Beatles’ hit song “Strawberry Fields Forever,” the iconic, original red gates from The Salvation Army’s former children’s home have returned to Liverpool in north-west England and go on public display today at the award-winning “The Beatles Story” visitor attraction for a limited time.
Following the legendary success of the John Lennon song, the gates to the Strawberry Field site in Woolton became a point of pilgrimage for thousands of Beatles fans from around the world, until they were taken into protective storage in 2011. For the past six years, replica gates have stood at the entrance.
Strawberry Field holds a special place in the history of The Beatles, with Lennon’s experiences in and around the children’s home providing inspiration for the unforgettable song. He grew up with his aunt Mimi close to the site, and was said to find peace and refuge in the grounds. 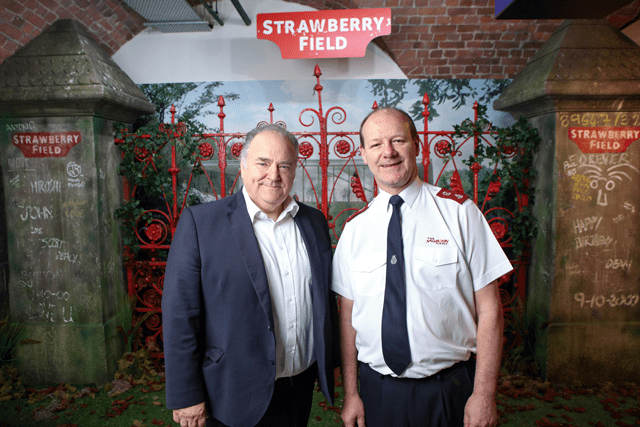 The gates display is part of The Salvation Army’s plans to redevelop the Strawberry Field site, which temporarily closed in 2005. Earlier this year, The Salvation Army United Kingdom Territory with the Republic of Ireland unveiled its vision for the site, which will include a training and work placement hub for young people with learning disabilities. The revamped center will also include a new exhibition on Lennon’s early life around Strawberry Field, as well as a haven for spiritual reflection. The vision weaves together educational, cultural, heritage and spiritual exploration in one bold imaginative plan.
“Strawberry Field has a very special history, both for its connection to John Lennon and the song, and for its history as a place for solace for Liverpool’s most vulnerable people,” said Major Drew McCombe, Divisional Commander in North-West England. “By joining with The Beatles Story, we hope to raise awareness of the exciting plans we have to reinvigorate the site, as well as giving Beatles fans the opportunity to see a slice of Fab Four history.” 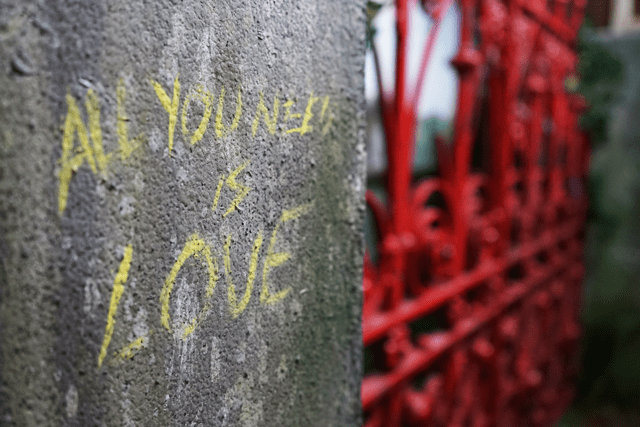 Television viewers in the United Kingdom (via BBC) and the United States (via PBS) can see the original red gates in a special documentary broadcast June 3. Presented by Howard Goodall, Sgt. Pepper’s Musical Revolution focuses on the Fab Four’s Sgt. Pepper’s Lonely Hearts Club Band album, which followed the launch of “Strawberry Fields Forever” as a double A-side. The program includes out-takes and conversations between the band never heard before outside of Abbey Road recording studio.
“We are delighted to join forces with The Salvation Army to showcase the original Strawberry Field gates to our visitors,” said Martin King of The Beatles Story. “They are a real piece of Beatles history, and it’s a privilege to display such a special exhibit here at The Beatles Story. We welcome over a quarter of a million visitors per year, from over 80 countries worldwide and we hope that by displaying the gates here it will help raise funds and awareness for this project to enable them to ‘open the gates’ once again.”
Learn more about The Salvation Army’s plans for the Strawberry Field site at strawberryfieldliverpool.com.