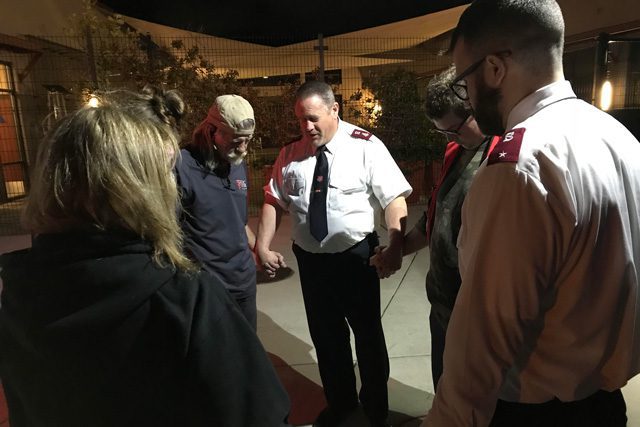 Helping a hurting community in Vallejo

Right before attending the International College for Officers (ICO)—a six-week advanced course of study for officers in London—in October 2017, Major Randy Hartt, Solano County Coordinator, had a vision of helping a community in need. He felt God calling him to do something for the homeless population of Vallejo, California.

After praying about it and completing ICO, he returned to the U.S. determined to start a new mobile outreach.

“It was clear to me that God wanted us to do this,” Hartt said. 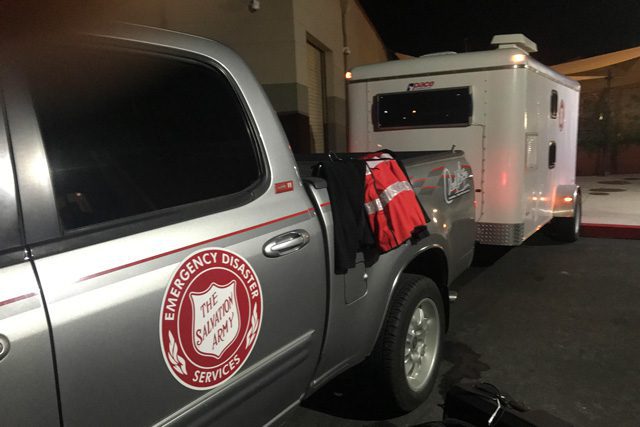 Trucks are packed and ready for Vallejo, California, mobile outreach.

In late January, Hartt and a small team of volunteers packed up a rig late at night and headed out. They came across a large group of individuals experiencing homelessness in a pharmacy parking lot where many were living in their cars.

The team distributed food, hot chocolate, coffee, blankets and coats, and set up an area by their truck with heaters and chairs. They brought out a TV and played a movie while people ate, relaxed and warmed up. The team stayed for fellowship until 3 a.m.

“We wanted to create a sense of normalcy in a very abnormal situation for folks,” Hartt said. “We were able to enjoy one-on-one conversations, but to see the people laughing and being able to come and warm up was amazing.” 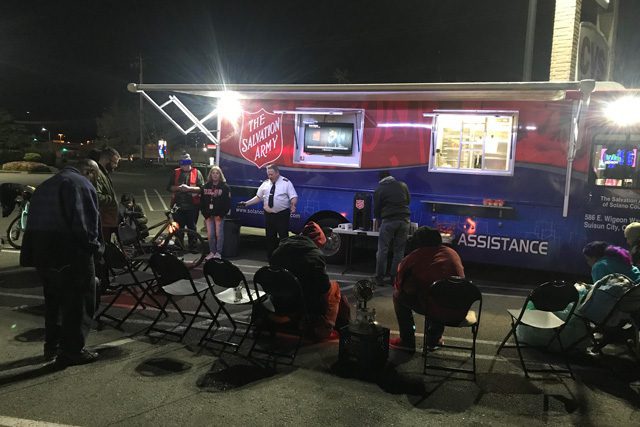 This is now a regular operation for The Salvation Army in Solano County as Hartt and volunteers go out every Saturday night from 10 p.m. to 3 a.m. in two teams, setting up at different locations in Vallejo. In addition to meeting immediate needs, outreach efforts include connecting individuals to family or other services to get them back on their feet.

“We’re just there to serve them. We want to give them a sense of safety and peace and for them to know that not only God loves them, but we love them,” Hartt said. “Even though we’re tired, as soon as we get there the Holy Spirit gives us energy and at the end of the night we know that we’ve done a great deal of good.”

The effort has grown from serving 15 people to more than 80. With the help of The Salvation Army, two people are now reconnected with family.

According to the most recent Solano Homeless Count report from 2015, nearly 1,100 people are homeless in Solano County with the largest population in Vallejo. Forty-five percent of the roughly 400 homeless people in Vallejo live unsheltered.

Those being served appreciate the effort.

“When we ask the group if anybody would like to pray, it’s truly heartwarming to see how many people will hold hands or bow heads,” said Woody Stewart, one of the volunteer team leaders. “It’s been enlightening as well because some of the stories these people have—heartbreaking as they may be—a lot of them still hold on to hope and justice and truth, and that just gives me good feelings about the human race.”

He recalled one woman who came over with her two young daughters.

“They were sitting there watching the movie, laughing, and having a good time drinking hot chocolate,” Stewart said. “That was really touching and will stick with me forever.” 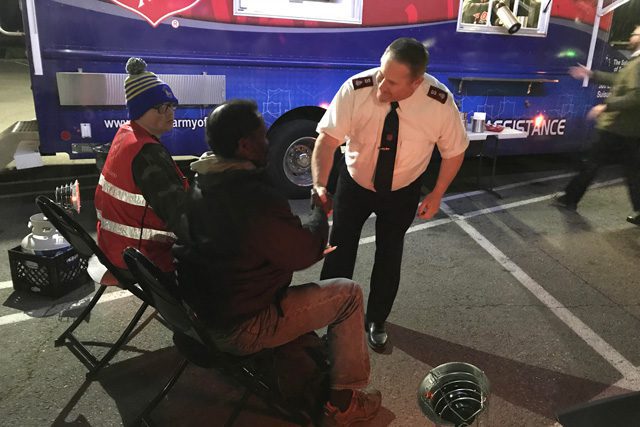 While there is admittedly a long way to go in the outreach efforts, those involved say this is just the beginning.

“This is a good start,” Stewart added. “We want to do more.”

Hartt hopes to partner with other organizations to increase the amount of outreach days and resources available. He is working with the captain of the local police department to get a unit with bathrooms and showers and to find other ways to keep helping those in need.

“I hope that we create this network of folks who are willing to step outside of their comfort zone and to get out there in the streets and help them up to pull them out of that despair that they are in,” Hartt said. “If we can do that, if we can be the glue that connects all the agencies in Vallejo to bring about positive change in that community, I will feel that we have done what God wants us to do.”