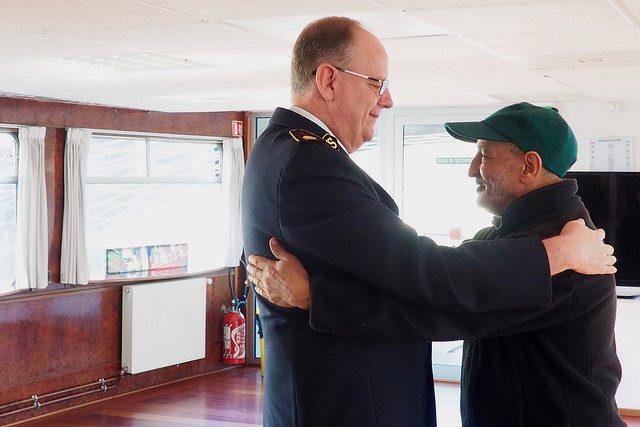 General André Cox and Commissioner Silvia Cox (World President of Women’s Ministries) began their recent visit to the France and Belgium Territory in Brussels, Belgium, with a visit to Foyer Selah, a Salvation Army shelter for refugees and a home for single mothers with babies. 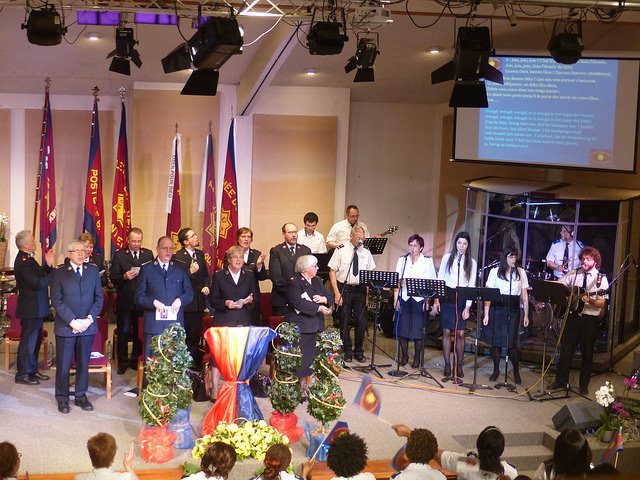 Later, while Silvia Cox led a women’s meeting at Brussels Central Corps, the General welcomed Prince Laurent of Belgium (younger brother of King Philippe) to regional headquarters. He thanked the prince for the support he has given The Salvation Army, particularly in its provision of a shelter for homeless men and their pets.

The following day the international leaders met with the Deputy Prime Minister of Belgium, Alexander De Croo. Having spoken about the government’s desire to work with The Salvation Army on long-term projects to help people in need, De Croo showed appreciation for The Salvation Army’s anti-human trafficking ministry and its mission to the European Union. 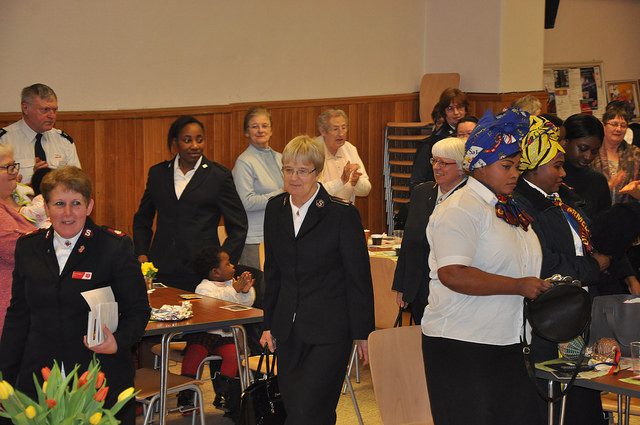 During a Friday public worship meeting, the General told Salvationists and friends: “Don’t look back, move forward—expand our Army so we may see lives transformed.” Many people answered God’s call to dedicate their lives to follow him, with some making public a desire to become Salvation Army officers.

Traveling to Paris the next day, the Coxes visited the Résidence Maternelle Les Lilas home for single mothers with babies.

In the afternoon the visitors witnessed several hundred Salvationists engaged in open-air activities including young people involved in initiatives for Shine!, part of “The Whole World Mobilising” children and youth weekend. Activities included street evangelization with bands, timbrels, services to the community, children’s activities in a park and games in a social home hosting refugee families. 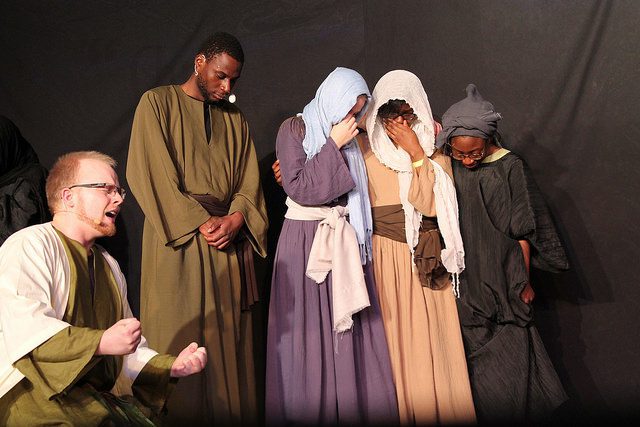 In the evening, at the congress venue, 70 French and Belgian young people presented El Azar, a musical composed by a French Salvationist about the biblical character Lazarus. At the end of the musical, Silvia Cox challenged the audience to consider who Jesus was for them today and asked if they had heard his voice.

On Sunday morning, 800 people packed the congress venue—L’Espace Charenton—while another 100 followed a live stream at territorial headquarters, with many more watching online from across the territory and beyond. The meeting was attended by officials representing the Roman Catholic and Protestant traditions. Music was provided by the territorial band, a massed young people’s singing company and Lyon Songsters. Two Salvationists shared their testimonies and a prayer was enhanced through choreography. 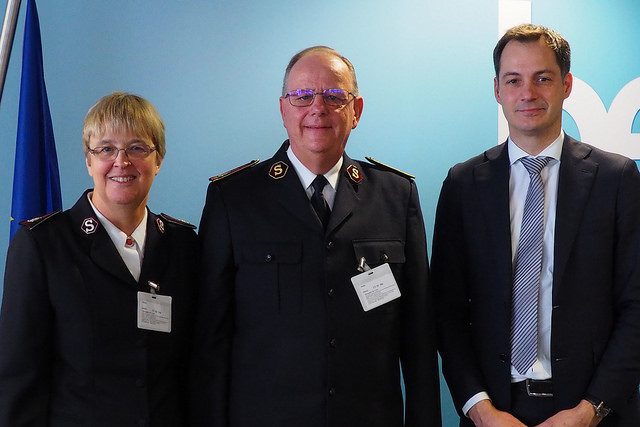 The General reminded his listeners that The Salvation Army is one Army with one mission, and that Salvationists are called to bring peace and joy to people they come into contact with. He challenged the congregation to spend less time on social media but more on reading the Bible and strengthening relationships with God. Many people answered God’s call to change their lives, including some who committed themselves to God’s service as officers.

The congress concluded with a praise meeting called “Colours of Hope,” featuring several music groups, scout groups, videos showing The Salvation Army’s social work and a 100-strong timbrel display—all demonstrating the power of bringing together different colors to make up a vibrant whole. A video showed children and young people asking adults to help them discover God’s plan for their lives.

On the final day of their visit, the international leaders met staff and residents on “L’Amirale Major Georgette Gogibus,” a boat which accommodates homeless people and where they are offered help to reintegrate into society.