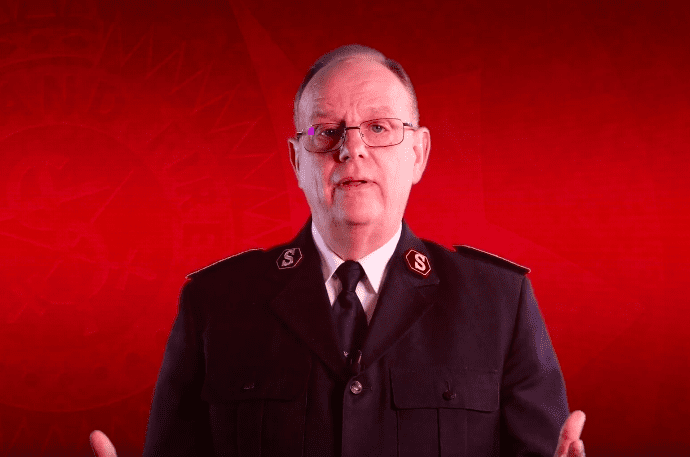 General calls for ‘indiscriminate love’ in the New Year

In his New Year video message, General André Cox calls on Salvationists, friends and Christians worldwide to model their actions and attitudes on those shown by Jesus. Addressing the sex scandals and examples of intolerance and hatred that have dominated the news in recent months, the General questions why some people claim to be Christians yet still act in selfish, intolerant ways, seeking money and power. Calling yourself a Christian while acting in this way, he said, doesn’t make sense.

“I may be ‘the General’ with gold epaulettes and oversight of a movement that works in 128 countries, but in front of my Savior I’m simply André—a sinner saved by grace,” he said. “I’m no more valuable than any other human, irrespective of gender, race, sexuality, faith, wealth or social status.”

Cox calls on everyone watching the video to play a part in making “a new, better way of living,” resolving to live out The Salvation Army’s international mission statement: “to preach the gospel of Jesus Christ and meet human needs in his name without discrimination.”

The General concludes: “Indiscriminate love—now, that would make the world a better place!”