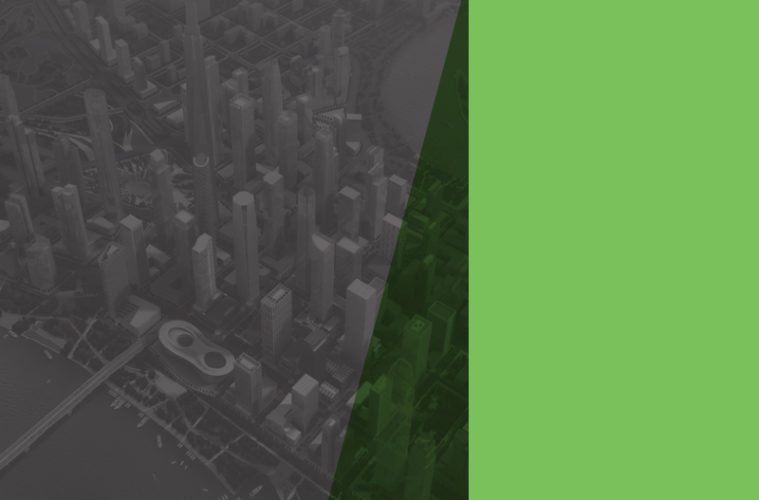 From gray to green

“Nature is not a place to visit. It is home.” – Gary Snyder

Studies have long shown the myriad benefits we humans derive from the mere presence of greenery. “Trees and parks are essential for positive human function,” said Kathleen Wolf, research social scientist at the University of Washington and the U.S. Forest Service Research. “Encountering nature can help people improve how they process information.”

While processing information can often feel like our number one job, the truth is foliage can work wonders not only on our ability to tackle tasks at work and in school, but also in many other areas as well. Beyond physical health, it can strengthen a neighborhood’s sense of community, enhance mindfulness, and even increase the profitability of a retail district.

Armed with this research, cities have begun creatively transforming some of their greatest liabilities—the dead spaces that have grown up around infrastructure relics such as defunct railroad tracks and bridges—blossoming them into parks and other leafy green spaces. To date, this gray-to-green grassroots movement has reimagined spaces from New York City’s High Line to Chicago’s The 606 to the Atlanta BeltLine. As the visionary behind that last one—a railroad corridor currently in the process of converting into a 22-mile park that will eventually connect more than 40 Atlanta neighborhoods—urban designer Ryan Gravel is helping to drive this change. Reclaiming our dead infrastructure for vibrant civic spaces, he believes, won’t just help Americans get off the couch and exercise, but also improve their larger quality of life by reconnecting communities long fractured by the construction of highways and other transit routes.

He should know. Growing up in suburban Atlanta, his world was defined by the car, and a six-mile stretch of expressway that kept him close to home in a divided city, a model of urban planning associated with flight and urban decay.

Not so for Gravel’s children. To go to the store, their first impulse is to ride their bike, not jump in the car. In his new book, “Where We Want to Live: Reclaiming Infrastructure for a New Generation of Cities” (St. Martin’s Press, 2016), the 44-year-old father outlines his vision for putting such a future within reach for us all. Caring spoke with him on the phone from his hometown. Below is an edited excerpt of the conversation.

In your book, you write about the fact that many of us never grew up in the era when people shopped in a downtown district instead of in mini-malls and lived in neighborhoods populated by people from differing backgrounds and points of view, as was true in American life until major demographic realignments changed the nature of many communities. How do we reconceive what we want from a city?

Certainly by hopping on the BeltLine. We are very much in the early stages of implementation, but already it’s working. We have taken what is historically a barrier—a railroad between neighborhoods, literally one side of the tracks and the other—and have transformed it into this common meeting ground. It’s not just people commuting or exercising. They meet friends. They are going out on dates.

They spend the day out on the BeltLine, and their money on restaurants and shops, and they change their view about what urban life is about. More importantly, it’s catalyzing a much larger cultural shift in what our expectations are for where we live. If we are going to spend real money on infrastructure, we should be thoughtful and make sure it’s accomplishing multiple benefits. We are spending, in Atlanta and around the country, billions of dollars on new highway interchanges, widening highways, but very rarely do we talk about the impact of that highway on that community. These projects—whether it’s the BeltLine, the High Line or the L.A. River—are catalyzing that kind of discussion.

Before construction of the BeltLine, I read there was prostitution, illegal dumping, and petty theft in that space.

It was mostly abandoned. There were some footpaths, but it wasn’t the whole thing. Some areas were so overgrown with vegetation it was impossible. There were in some areas homeless encampments that deterred other people from going there.

Cities are very complex; how do you design a vibrant space that invites diversity among visitors?

It has to be accessible. It can’t be an exclusive space. But also it depends on where it is. More than half the communities on the BeltLine are considered underserved communities. You have to welcome people with programming.

One thing, I’ve noticed a lot of African-Americans have large family reunion picnics in the park. And a lot of Asian [communities] have an older population that do Tai chi in the morning. You have a space that accommodates that, and you catalyze that kind of program by seeding that with a local organization. So those kind of activities are included in the design of the space. Atlanta doesn’t have a large Latino population, but if we want to attract that we need to find out about designing spaces to give them what they want or using the language they speak.

As reinvestment comes back to many urban areas, a number of these communities have suddenly found themselves struggling with the forces of gentrification that can come along with beautification. Are you concerned the BeltLine might drive up the property values around it, and push out the disadvantaged communities already present?

Yes, it’s already happened. It’s early yet to say what that impact is. It is either now a problem, or it will be a much bigger problem. There are things we are doing. Fifteen percent of our tax increment finance district [a mechanism for redirecting a portion of tax revenue, often towards redevelopment] goes to pay for 5,600 units of affordable housing, which is a big investment. It’s not enough, but it is big. There are things the city is doing, but the scale of the problem is so large. If we amplify this message that this has to be for everybody, then we will empower our elected officials to do the right thing.

What can these kinds of spaces teach us about balancing urban life with the natural environment?

You are teaching people that nature isn’t something that happens just out in the country, but it’s something that is all around us. If we are thoughtful about it, then we might design our communities to include living creatures other than just people. There is a great deal around the value of nature for people, for mental health and physical health and even economic conditions. Trees on the streets improve the value of retail and they provide some nicer habitat for some kinds of animals. Because human beings respond very favorably to nature, then places that embrace nature as an inherent part of their ecosystem will be more attractive.

What are some of your favorite stories about how residents have creatively responded to the project?

There are people who have gotten married as a result of the BeltLine. They [now] have a kid and live on the BeltLine. And a larger kind of story is the Lantern Parade. This woman from New Orleans had this idea to have people make homemade lanterns and walk on the trail in the dark. The first year there were 200 people; the second year there were 400; and last September, there were over 60,000. What it shows is there is a pent-up demand for a cultural life in the city that people didn’t have access to.

At the end of the day, the [BeltLine’s] Eastside trail is just a two-mile slab of concrete. It’s just infrastructure, but it’s enabling a new way of life that wasn’t really possible before.