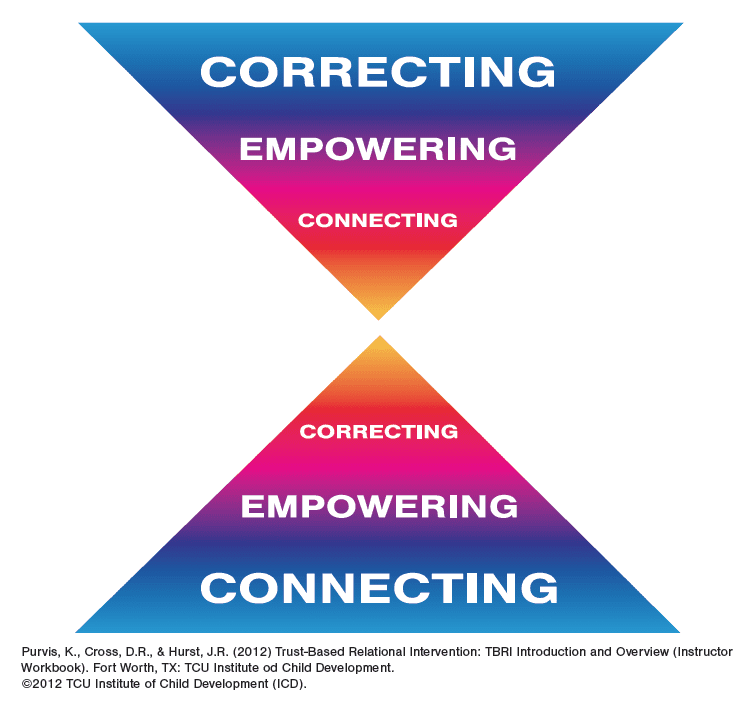 Connecting, empowering, correcting––the pillars of parenting. Children need the right combination of each to thrive, especially those in foster care.

The Salvation Army of Allentown, Pa., introduced a new program called Connections to equip foster and adoptive parents housing children of special needs with the resources to properly care for them.

Without such intervention, said Florence Rhue, director of children’s services at the corps, it can become difficult to secure “forever homes” for these children and prevent them from aging out, or emancipating from the system when they are of legal age. “Many kids [that age out] end up either homeless or incarcerated,” Rhue said. “Girls end up with early pregnancies, on welfare. It’s a pretty serious situation.”

Fifteen adults and 12 children participated in the Connections pilot program ending in June, which is based on the Trust-Based Relational Intervention (TBRI) model developed by Dr. Karyn Purvis and her colleagues at the Texas Christian University (TCU) Institute of Child Development.

TBRI employs three principles: connecting, or relationship building; empowering, or proper safety and nutrition; and correcting, or disciplining. It is designed to improve outcomes for children from “hard places,” or those that have experienced abuse, neglect, abandonment or trauma in their early development. According to Rachel Paashaus, permanency supervisor for the corps’ foster care program, children with this history can demonstrate difficult behavior for even the most patient parents.

“That’s a lot of children that fall into that [hard places] category,” said Paashaus, who went to TCU for a weeklong TBRI training session last fall. “And it doesn’t have to be abuse or abandonment. It can be something like a major surgical operation in their early lives. It’s changed the way their brains have developed, and therefore a different style of parenting and intervention needs to be put into place to help children regain optimal developmental trajectory…Sometimes adoptions disrupt and a lot of times it’s related to the needs of the child and parents who are not equipped to understand the children’s needs and meet them.”

TBRI illustrates the traditional parenting model as an inverted pyramid divided into thirds, with correcting occupying the largest segment, empowering the middle, and connecting the smallest. “The bulk of what parents are doing is correcting, disciplining and being punitive with children,” Paashaus said. “Because parents are so drained and exhausted, they often don’t connect with their children in a way that’s meaningful.” The TBRI model swaps the correcting and connecting slots, giving the latter a renewed focus. “The TBRI model is really in the bedrock of connection,” Paashaus said. “How we connect with our children, our own personal histories, our own personal attachments, we’ve explored the mindfulness of adults to say where you are and where you’ve been matters how you’ll parent your children.

“So when correction is necessary, we address unacceptable behavior, but we do it in the context of connecting with our kids and empowering their bodies to be able to be regulated and connected to adults,” Paashaus said. 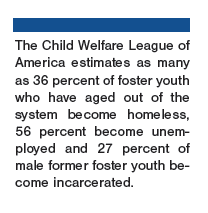 Stephen and Sandra Knudsen began fostering a two-month-old boy named Ethan in 2008 through The Salvation Army. Ethan was exposed to drugs while in utero and had been diagnosed with Chronic Obstructive Pulmonary Disease. The Knudsens, already parents of six biological children, knew Ethan would have unique physical needs, but when he began displaying behavioral issues as well they felt unprepared to address them. In addition to delayed ability to crawl and walk and challenges with his speech, Ethan began defying his parents and demonstrating drastic mood swings, which often resulted in violent biting outbursts.

“We had all kinds of therapists come into our home, we had physical therapists, mobile therapists, but we were trying to address some issues that they suggested we just ignored,” Sandra Knudsen said. “I knew that was not a good answer because in society they’re not going to ignore those behaviors.”

Despite these challenges, the Knudens later adopted Ethan, now 6, and received an invitation to participate in the Connections pilot program. Each session walked parents through some of the obstacles that their children go through on a daily basis.

For example, instructors invited parents to put on gloves and try to grasp small objects to expose them to the challenges facing children with sensory disorders. Or, when a child acts out in a kneeling position, the parents might be encouraged to kneel with them to engage and connect with them. Stephen Knudsen said these exercises helped spark a shift in his perspective.

“When you can be in the moment with the child, that makes all of the difference,” he said. “A lot of times you think the kid is just being evil, but in reality, he is just a prisoner to all of these physiological things, these mental things. It’s not him being evil or bad, it’s how he’s relating to the world…The synapses in a child’s brain can actually change and regenerate if you relate to them in this particular way that makes the brain activity move in that direction. So you’re no longer looking at a future of maintaining an out-of-control child the best you can, but really a hope that the way you relate to the child is actually changing the child.”

Sandra Knudsen said she believes the implementation of TBRI has improved Ethan’s behavior to such a degree that he even may eventually reach a point of total self-regulation and independence.

“Less meltdowns, less trauma and we’re giving him his voice to have a say in his life, which is a big part of TBRI,” Knudsen said “With the meltdowns, they’re telling you something even if they’re not using their words. We want him to use his words.

“When you see the program start to work in your own home, it’s really exciting. I really think TBRI should be available to all foster parents.”

The Allentown Corps will launch in September the full version of Connections, open to all families in The Salvation Army’s foster care system.

“Foster children are often seen as the odd kids, the kids that don’t fit it in or make sense to their peers,” Paashaus said. “It is difficult to find permanency in the state of Pennsylvania and in our nation to find adoptive resources for those children. What we believe the Connections program has done and will do is raise the bar for families by giving them skills and a way of thinking and a way of dealing with children so that they can be confident that they can do this.”