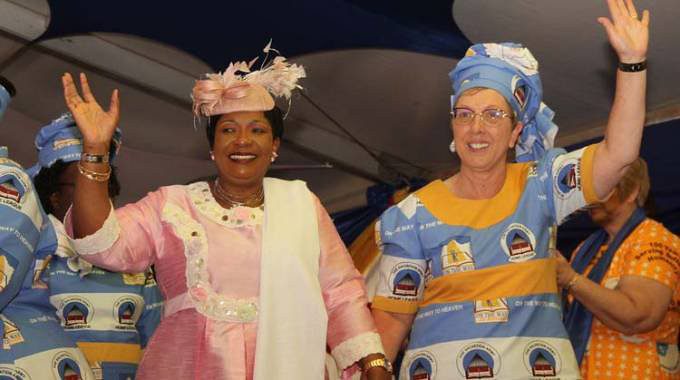 Taking place at Glamis Arena stadium in Harare, the rally was attended by around 6,000 women. It began with a welcome meeting featuring praise and worship, timbrel and hosho (a traditional African shaker) groups from the host nation.

The rally was based on the Women’s Ministries worldwide theme “On the Way to Heaven.” In her opening message, Peddle used the apostle Paul’s words from Philippians, reminding her listeners that “our citizenship is not of the world, our citizenship is in Heaven.”

A fellowship meeting in the evening included presentations by timbrel groups from Zambia and Malawi and the unusual sight of a “kitchen band” from Zimbabwe, which used kitchen utensils as instruments. Buckingham gave the Bible message, explaining what it means to live an obedient life. A full program on Saturday started with early morning prayers followed by Bible study, with the Southern Africa and Zimbabwe Territorial ladies’ bands on duty.

The First Lady of Zimbabwe made a surprise appearance midway through the morning. She spoke of her appreciation for the work of The Salvation Army, which she said should be applauded for empowering marginalized members of society, including women and girls. Saturday afternoon was filled with fun, laughter and fellowship at a pageant led by Major Happy Madonsela and Major Nokuthula Mahlobo from the Southern Africa Territory. Sandra Bwoni from Zimbabwe was crowned Queen of the Day, with women from Mozambique and South Africa receiving the first and second princess awards.

In the evening an “Africa night” featured plenty of instrumental music and dance. Women dressed in cultural attire, making for a spectacular sight.

Through the day, teaching was given on a variety of subjects that affect women in Africa, including human trafficking, marriage and self-reliance. Sunday morning started with a march-past followed by worship led by the Zonal Secretary for Women’s Ministries for the Africa Zone, Commissioner Yvonne Conrad.

Giving the closing message, Peddle reminded delegates that the Bible is their passport to Heaven. She encouraged them to remain focused.

At the close of the meeting an altar call was made and hundreds of women made commitments to remain spiritually focused and serve God. 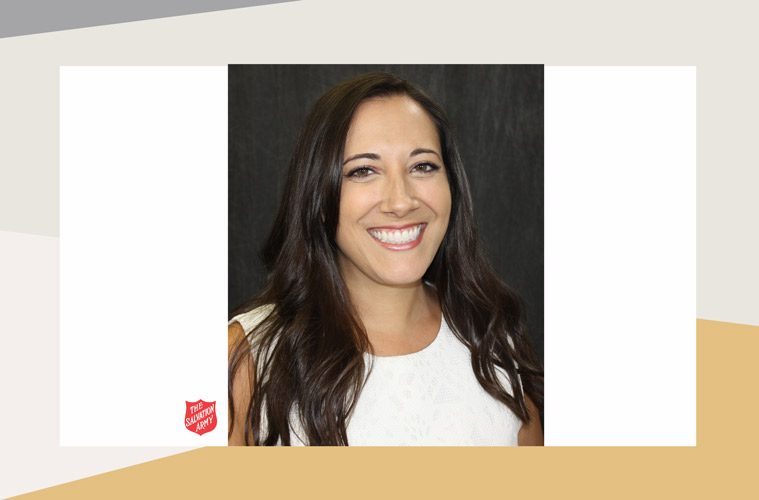 19: How The Salvation Army engages the federal government with Sabrina Kiser