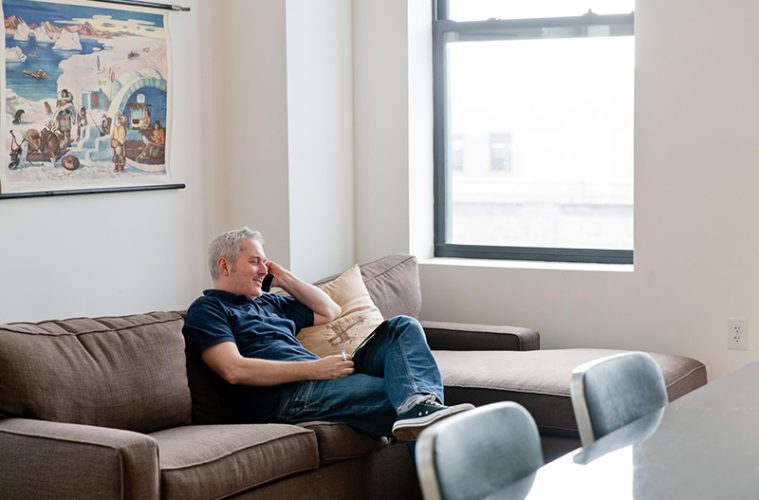 Much like the way a good book can offer a new window to what is beyond our own domain, so too can interactive technology help kids make connections about their world. That according to Raul Gutierrez, Founder and CEO of Tinybop, a Brooklyn-based studio of designers, engineers and artists with 13 children’s apps in its repertoire to date.

One series, The Explorer’s Library, invites kids 4 and older to find deeper understanding on The Human Body, Weather or Space. Its Digital Toys series lets kids create, test, play with and collect whatever they can imagine, from The Infinite Arcade to The Robot Factory, named iPad App of the Year in 2015.

Translated to roughly 60 languages and found on smartphones and in schools around the world, Tinybop has four new apps planned for release this year. Gutierrez took a break from the toy workshop to share how his apps are guiding kids to ask the right questions. 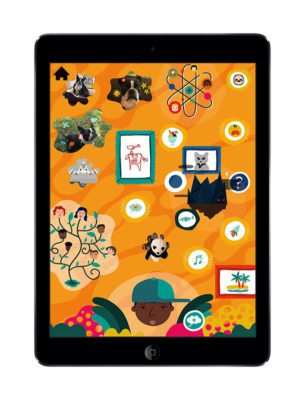 How would you describe your own imagination?

I grew up in a small East Texas town, pre-internet and pre-cable TV. We didn’t have a lot of outlets. I describe it as an island, not surrounded by water but by trees. One of the ways to escape was imagining a bigger world. For me, that came through books. I spent a lot of time reading my way through the local library. If a kid grows up in an isolated place, just imagining a city is a pretty big deal. So I did a lot of vicarious traveling.

In a way, I think of our apps as a way to do the same—a portal to a different world that lets you travel to all of these interesting places. Our apps are open play experiences; we try to put kids’ imaginations in the center. The difference between old Legos and modern Legos is that there’s now a pre-determined endpoint created by somebody somewhere else. It’s a disassembled toy, where we want kids to use their imaginations to create.

How did you get into developing tech, specifically children’s apps?

I’m a parent of two little boys and was initially very skeptical of screen time. I felt that it was a barrier, but the more I looked at it, the more I realized the problem was not the format but the content on these devices. A lot of game mechanisms are very much reward driven; it’s almost like gambling. I wanted to do something very different than that, so we looked at universal play patterns—that all kids everywhere play, and build things. We wanted it to be an experience more like discovering a great book than playing a game.

What was your goal in starting TinyBop?

When my son was in Kindergarten, he asked us if he could trade his birthday party for an iPhone. It really showed how important this thing was to him. It’s an everything machine—a tool, friend, storyteller. I wanted to make sure that this device that was his favorite toy had content that was worthy of his curiosity.

What are you most proud of about it to date?

We’ve reached a lot of kids, and didn’t just build an app, but a company. We started with three or four people and now have more than 20. We’ve sold apps in 155 countries with millions of downloads. It’s clear that small groups of people can really influence a lot of kids out there. I travel a lot now to talk about the company, and virtually any time I’m in an airport, I’ll look around and see what kids are playing. I always see at least one playing a TinyBop app, and that is tremendously satisfying.

What goes into the making of a TinyBop app? 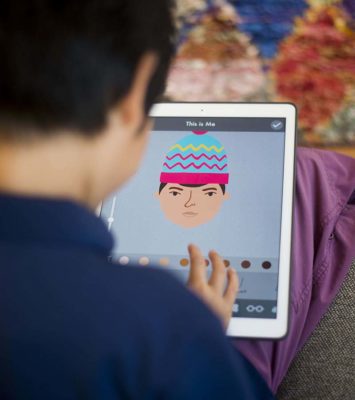 We just released a space app, and to start we pulled a lot of old books on space to see how it was shown, illustrated, and what concepts were taught. Then we often start with paper and kids. We talk with them and ask them questions: What do you know about… How many planets are there? What do they look like? If you were to draw one, what would it look like? And so on.

In the human body, for example, a lot of kids didn’t know that the food that came in one end was coming out the other end. We look for those things that are points of misunderstanding and go through various sets of rubrics to see what is the way that we can teach that thing in a way that’s fun and interactive.

In the body, if you go through the list of things you need to know about it, one is that the skeleton holds the body up. Our question was how teach that without words. So in the app, if a kid pulls at the spinal cord, the whole thing collapses. They will do it and feel like they’ve broken something, but it’s an interesting teaching moment. They instantly get that the skeleton holds the body up.

We don’t use a lot of text, but we do use labels. Rather than quizzing them on the labels, if a kid touches a label it falls off. Kids naturally want to put them back in the right place, so it’s a light weight way to teach this stuff that seems to work.

Many of the apps are about the world or the way things work. How did the Me app come about?

We think it’s really important to have a basic scientific literacy and we’d been hearing from teachers that they love the science apps, but would also love for one to cover socio-emotional learning and the self.

Soon after, my son came home from school with a map of his heart, a project he had done at the beginning of the year as a way for the teacher to find out what the kids are interested in. It was divided into sections, which he labeled with the things he cared about. It had me, my wife, his brother, a giant section of water slides, and another for snow. It got us thinking that maybe what we should do is ask children about their world.

“My Book about Me,” for example, is a Dr. Seuss book that asks children about their home—how many door knobs, how many steps, and so on. It seemed an interesting way in, but we found better than asking questions was to present it in first person. “This color makes me feel sad,” for example.

How does Me help kids understand who they are, and who other people are too?

In the app, kids create an avatar for themselves, for their parents, friends, and animals too. There’s a range of over 600 questions about what they feel, what makes them happy or sad.

Little by little, kids fill in pretty complex portraits of themselves.

It’s been interesting to hear the feedback from parents and schools saying this app started a conversation that I wouldn’t have had otherwise. One of the questions asks: I wish my teacher knew this about me. One teacher said a little girl answered that she wished her teacher knew that she’s always hungry because her mom’s schedule doesn’t let her come in on time for the school breakfast. The app gave her space to say this thing that she hadn’t been able to say. It’s little things like that make it all worth it.

How can parents best use Me?

We see it as a way to start a conversation with your kid. Once a kid has drawn something, he’ll often want to share it with his parents. So rather than having the screen be something that is a barrier and closing your kid off, we look at as a way to connect.

Any app is not a replacement for parenting. Parenting is talking, listening to your kids.

But like all parents, there’s times when you’re busy and want kids involved in creative projects.

Kids see us parents on our phones, and they want to participate. One of the things that is important to do is to consider the media that you’re giving your kids. There’s a lot of stuff out there that’s very thin and not well thought out. We want to be the organic food of apps—to be both tasty and delicious, and good for you.