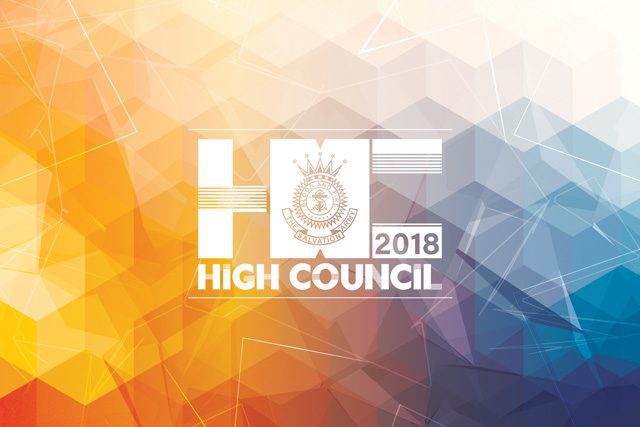 Following a day of worship on Pentecost Sunday, including an afternoon of prayer, the 2018 High Council resumed its work May 21.

Commissioner Prema Wilfred (Territorial President of Women’s Ministries, India Northern Territory) brought the Bible reading from Luke 5:1-11 about Jesus calling fishermen as his first disciples, on which Chaplain Commissioner Mark Tillsley (International Headquarters) focused, emphasizing the need to leave the shallows and “put out into the deep.” There may be uncertainty in the deep waters, he explained, but it is there that the depth of Christ’s love and mercy can be discovered, along with the depth of Christ’s mastery and of Christ’s majesty. The devotional period concluded with the singing of “O the Deep, Deep Love of Jesus” before Commissioner Yvonne Conrad (TPWM, Southern Africa Territory) prayed.

The Questions Committee presented its work and, once these questions were agreed to for both the candidate for General and his or her spouse if married, the council again had a significant time of prayer before moving to the nomination process. (See “Inside a High Council,” Chapters 4, 5 and 6).

One by one the members left the chamber to make their nomination in private, returning to post their ballot paper in one of two boxes for this purpose. One of the boxes is the original ballot box used over the years.

The day concluded with the nomination process.