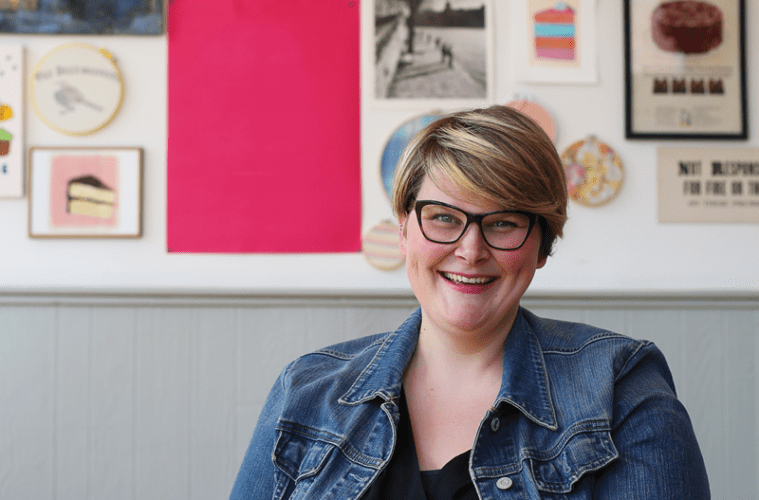 A community embraces a reluctant champion. 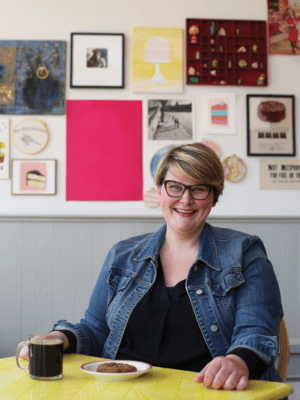 Sara at Whisk, a local bakery in Benton Park. Sara practices a local first approach, and has become good friends with the proprietor and baker, Kaylen, as a result of frequenting her shop.

When I accepted God’s invitation to join his work in St. Louis in 2013, I wasn’t sure what to expect. I knew I’d be leading a neighborhood-based ministry for The Salvation Army, and that I’d be joining a community of young adults. In my mind, I thought this would be a pretty straightforward two-year stint, and then I’d head back to friends and family in Detroit.

God’s plan was much more involved.

Since arriving in St Louis, I’ve worked closely with Major Gail Aho to build the Urban Mission Center, where we work to develop missional leaders. Under the umbrella of the Urban Mission Center is Temple Houses, a missional community for young adults interested in exploring life and leadership in an urban context. You might consider Temple Houses and Benton Park West, our neighborhood in St. Louis, as the “lab” where we study and practice neighborhood engagement.

We use the book “Thin Places: Six Postures for Creating and Practicing Missional Community” as a field guide for building community, both within Temple Houses and in the neighborhood. The book outlines six postures key to that process—listening, submerging, inviting, contending, imagining and entrusting. As a leader of our community, it’s my responsibility to model these postures the best I can.

Here’s what that looks like for me: honoring my neighbors by listening well to their stories; practicing faithful presence by attending local meetings and gatherings, choosing wisely where I spend my time and money; committing to a local existence; living a life that’s open to interruption so that I can readily accept invitations into the lives of my neighbors; standing up against policies that hurt my neighbors on the margins; and looking at my neighborhood through a lens of hope and reconciliation.

Faithfully practicing these postures has opened the door for some surprising friendships and opportunities. I think of Gramma Dodo, the hardened woman living next door, who has softened over time, or Ronald, the young man who tried to be brave and pet my dog, but ran away screaming when Winston “kissed” him.

But the most surprising by far was the opportunity to run for public office.

– Support the work of the Urban Mission Center of St. Louis at stlsalvationarmy.org
/ways-to-give

Last spring, a local resident approached me with an odd idea—you should run for committeewoman, he said, referring to a position in our city government that works closely with city council representatives, called aldermen here, on public policy issues. My friend assured me that the neighborhood would rally around my candidacy, mentioning the fact that I had listened well to all around me, that I demonstrated a willingness to use my voice for change, and how this had helped me develop a lot of credibility with my neighbors. In this position, I would be given a unique opportunity to advocate for my community. Obviously flattered, I told him I’d consider the possibility.

But I had two main concerns about the idea: I’m an introvert with some real tendencies toward shyness and social anxiety, and I’d be entering an extremely secular world. Add to this the fact that I would be running against a 23-year incumbent, who happens to be the alderman’s wife, a particularly daunting scenario. Despite my hesitations, I took a few weeks to discern and confer with trusted friends and mentors. Everyone I spoke with, without any reservations, told me to pursue the opportunity.

“You might consider Temple Houses as the ‘lab’ where we study and practice neighborhood engagement,” Sara Johnson.

Hear this loud and clear: running for public office is not for the faint of heart! Once I decided to run, a small but remarkable team of volunteers came to my aid, launching into the hard work of raising funds and developing a campaign strategy. It was a simple strategy—knock on as many doors as possible and share with neighbors my plans for developing a stronger local government. Over the course of one, hot St. Louis summer, my team and I knocked on almost 3,000 doors.

Still, as Election Day approached, we all felt uncertain about my chances. We’d worked hard, but my opponent had double the campaign funds and the benefit of name recognition. I remember telling myself over and over that day—I’ve already won as I said yes to something that seemed impossible, I’d met amazing friends and neighbors, and I’d challenged a system that needs to be changed. In the process, I’d been honored to serve a community that embraced me.

As polls closed at 7 p.m. on Aug. 2, 2016, we gathered together to await the results; you could feel the anticipation. I was one of several young people across the city challenging longtime incumbents. The results came in, one by one. Many of my friends lost by only a handful of votes, and a couple won with similar margins. When my results came in, I could hardly believe my eyes—861 to 616 in my favor.

As Benton Park’s newly elected committeewoman, I’m afforded the ability to use my voice and influence to advocate for my neighborhood from within our local government. The weight of that responsibility is not lost on me, and I am full of gratitude.

Weekly ritual: Find Sara every Monday morning at her local coffee shop The Mud House, where she starts her week by writing a to-do list, greeting neighbors and enjoying a strong cup of coffee.