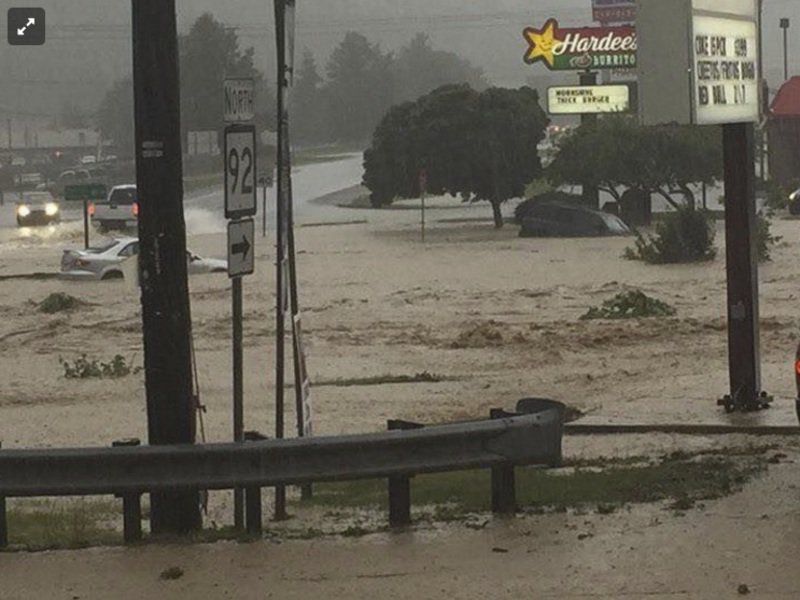 At least 44 out of the state’s 55 counties have declared a state of emergency.

The Army has deployed one feeding unit to the stricken area, while placing Emotional and Spiritual Care Officers, clean up units and additional canteens on standby.

At least four people are dead and one missing after massive flash floods inundated towns across the state of West Virginia Thursday evening.

As of Friday morning, The Salvation Army in Charleston, W.Va has deployed a feeding unit, while the Army’s Maryland West Virginia Division immediately placed at least two canteen units and other resources on stand-by for possible imminent deployment.

Currently, 44 out of 55 counties have declared a state of emergency, as widespread flooding and swift water rescue are actively in progress throughout the state.

Army canteen units in in the towns of Charleston, Beckley, and Princeton remain on standby for deployment in Greenbrier and Nicholas counties.

Both the West Virginia Voluntary Organizations Active in Disaster (WV VOAD) and the Red Cross have opened shelters in key areas and anticipate soon requesting assistance with mass feeding.

At the same time, WV VOAD has already requested assistance from The Salvation Army with canteens, Emotion and Spiritual Care Officers and clean up kits.