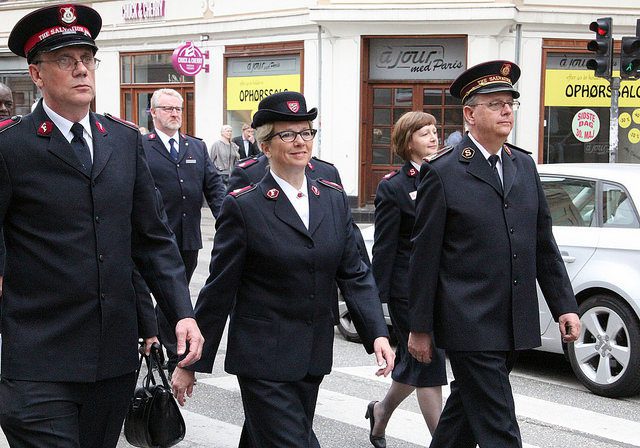 The five new lieutenants were trained in either Norway or the United Kingdom, and their ordination and appointments as Salvation Army officers were attended by members of the cadet sessions from both countries. The congregation was reminded that all Salvationists are called to be Heralds of Grace.

Through every event at the congress people were encouraged to recognize the great things God is doing, as well as to be aware of the even greater things he still wants to do. In the Sunday afternoon meeting six soldiers were commissioned and recognized as sergeants.

The Coxes emphasized the significance of living a full-hearted and fruitful life through a close relationship with Jesus Christ. With points of emphasis linked to the part of the International Vision—One Army, One Message, One Mission—that speaks of a “Spirit-filled Army in the 21st century,” the international leaders underlined that spiritual fruit and the gift of grace are never given to people to be kept for themselves.

An open-air meeting and a march in central Copenhagen with three brass bands attracted great attention among the crowds on a sunny Saturday morning. Regent Hall Band, from the United Kingdom Territory with the Republic of Ireland, participated as a guest band.