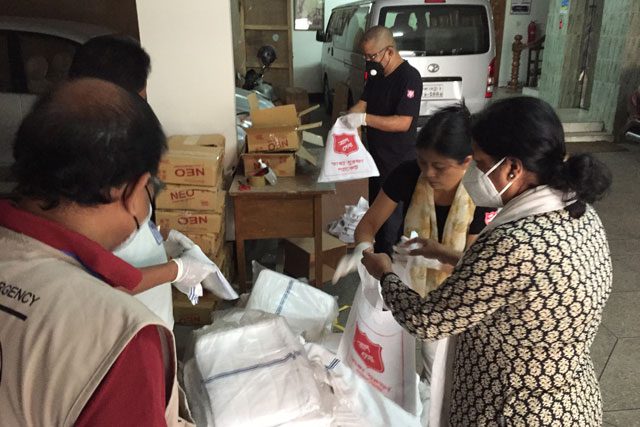 Coronavirus continues to spread across large parts of Asia and Australasia, and The Salvation Army is meeting the needs of the region’s most vulnerable people in a variety of ways.

In Australia, a Salvation Army supporter has converted his brewing business to mass-produce hand sanitizer and is supplying it free to Salvation Army community services. Tim Page-Walker has adapted his business, Bellarine Brewing Company, to produce bottles of sanitizer to meet demand during the COVID-19 pandemic. The liquid is being produced to the World Health Organization’s recommended formula.

“Tim was already thinking about adapting his brewery when we spoke to him about being low on sanitizer, so he made the change to meet the needs of local outreach workers and other businesses. Although we have really minimized our community connections during this time, we have a list of people who are really struggling, and we are dropping off essential items to them and keeping in touch from a distance … I am so grateful for his generosity [that allows us] to continue to serve people safely.”

The Salvation Army in Bangladesh has distributed 10,000 bottles of hand sanitizer in various communities, as well as installed handwashing facilities in a number of areas. In addition, 2,500 hygiene packs have been provided to vulnerable members of the community.

The Salvation Army is the only organization with access to Dhaka’s brothel areas, where it works with women who are sexually exploited, often helping them to gain alternative employment. With the brothels closed because of coronavirus, the women have no income and have become even more vulnerable. Salvation Army teams have been providing them with food and ongoing support.

The Salvation Army’s center in Old Dhaka, which meets the needs of women who have left prostitution, has had to close in line with government restrictions. This leaves the women vulnerable and at risk of returning to sex work. To mitigate the risk, The Salvation Army has provided each woman with an initial two-week supply of groceries.

The Salvation Army in Hong Kong has been focusing its efforts on ensuring elderly and vulnerable individuals ­, particularly those who live alone, have sufficient supplies of sanitizing hand gel, disinfectant, toilet paper and basic food such as rice. It has also been supporting parents who, with school closures, are spending more time with their children. The Superkids League offers children and parents a range of activities and games, designed to build hope.

With India under an unprecedented “stay at home” order, The Salvation Army has been supporting medical staff, patients, the police, street children and homeless people in New Delhi. Around 500 patients and staff were provided with food in just one distribution at Safdarjung Hospital in the city, and drinking water and food parcels have been provided to emergency services personnel across the metropolis. Plans are being developed to deliver food parcels to quarantined households throughout Delhi. The Salvation Army’s women’s ministries team based at India Northern Territorial Headquarters has been mobilized with bottles of hand sanitizing gel to help ensure good hygiene practices are adhered to.

More than 5,000 meals have been prepared by cadets, their training college staff and the public relations office of The Salvation Army in Indonesia. The food is being distributed to individuals who have lost their income during the coronavirus lockdown, and also to medical personnel who are serving their community. The Salvation Army has teamed up with the BRI Foundation to provide rice boxes to medical staff on duty at several hospitals in Central Jakarta. Food packages are also being given to homeless people.

Japan’s Koto corps in Tokyo is one which has been acting as an emergency children’s canteen during the closure of the country’s schools. In order to adhere to the stringent health advice, personnel who prepared meals checked their physical condition and temperature in advance, disinfected their hands with an alcohol disinfectant, wore personal protective equipment, and cooked with safety in mind.

Salvation Army teams in Kuwait have distributed 400 bags of essential food items in collaboration with the International Community Centre. This work will be ongoing in the coming weeks as more funds are made available.

In Macau children of The Salvation Army’s education center have been fighting coronavirus by adhering to the government’s advice to stay at home. They have been drawing colorful pictures to encourage and help one another during their period of self-isolation.

Salvation Army emergency welfare, addiction and housing support services are continuing to serve the vulnerable in New Zealand, albeit in a modified way, in line with lockdown protocols. “We are hopeful that most people have whānau [extended family], friends or work colleagues who can help them at this time, however, we know many people do not,” said Assistant Territorial Secretary for Mission, Captain Gerry Walker. “We are expecting more and more families to be under financial strain in the coming weeks.”

The Salvation Army is concerned about the growing demand for food from people who find themselves struggling to buy groceries due to the COVID-19 lockdown. Food bank demand has risen by a third in the first week of the crisis, with particular spikes in Auckland and Northland, and increased demand in Christchurch on South Island.

The Salvation Army in Quetta, Pakistan, is providing handwashing materials and associated hygiene instructions to families.

To lift the spirits of front-line healthcare professionals involved in the fight against COVID-19, children from The Salvation Army in Singapore wrote notes of encouragement to workers at the city-state’s Tan Tock Seng Hospital.

The leader of The Salvation Army in Sri Lanka, Colonel Suresh Pawar, released a video message on Facebook, assuring islanders of the movement’s support during the coronavirus crisis. Teams are assisting in feeding and caring for the homeless, particularly in the capital, Colombo, and in northern areas. Around 300,000 portions of dry rations are being distributed to those in need. The colonel encourages Salvationists to follow guidelines on handwashing and social distancing, but also to “know that God is in control and [that] he will be with us.”

See more about The Salvation Army’s international response at sar.my/covid19. 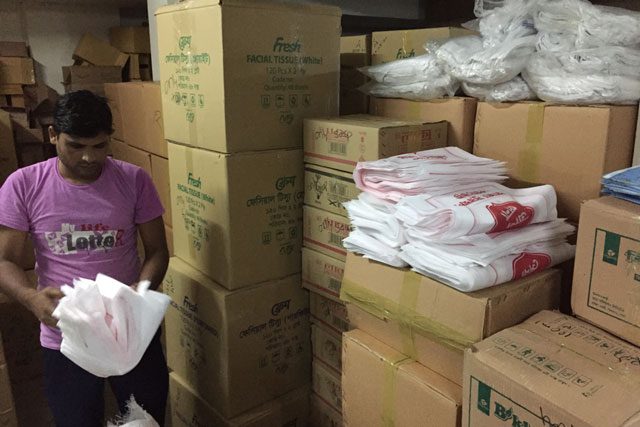 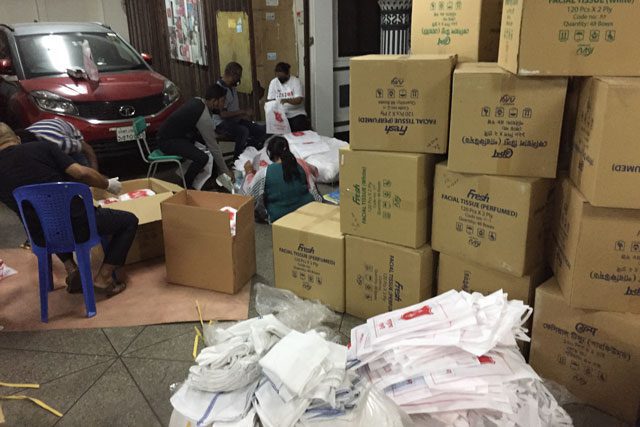 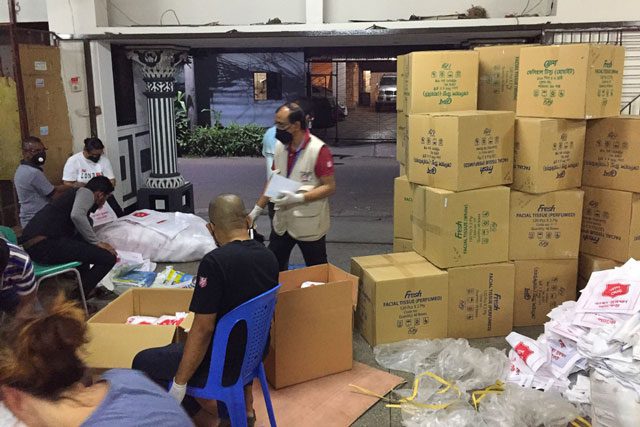 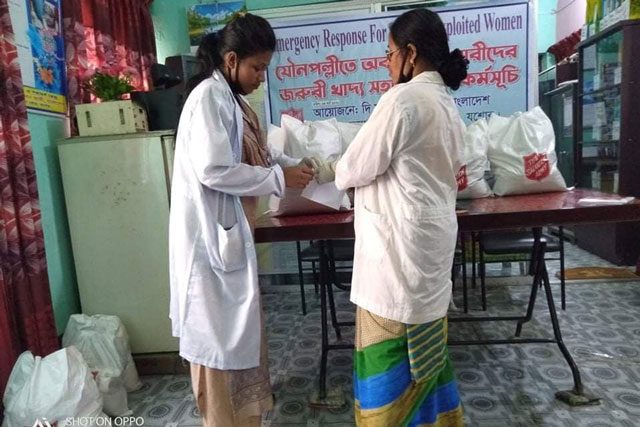 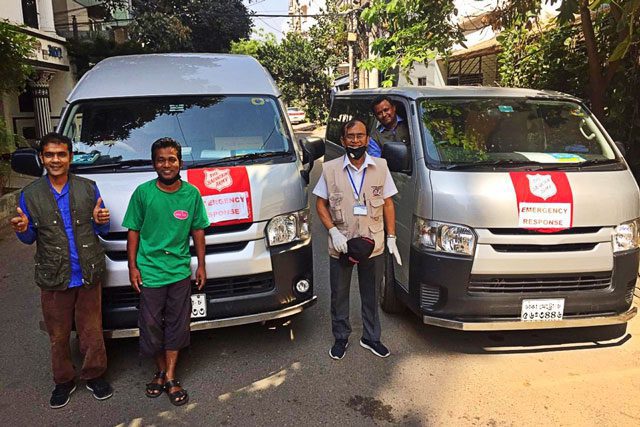 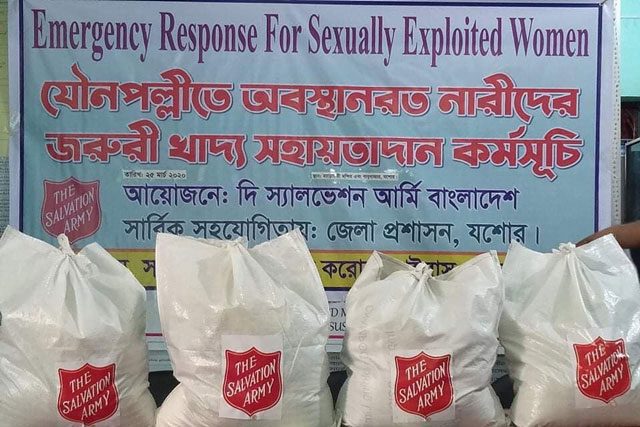 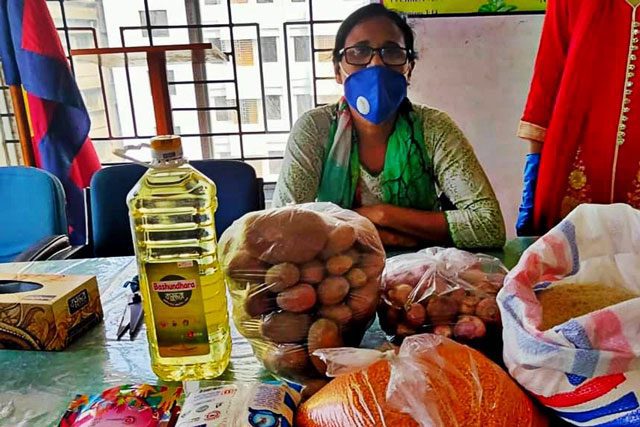