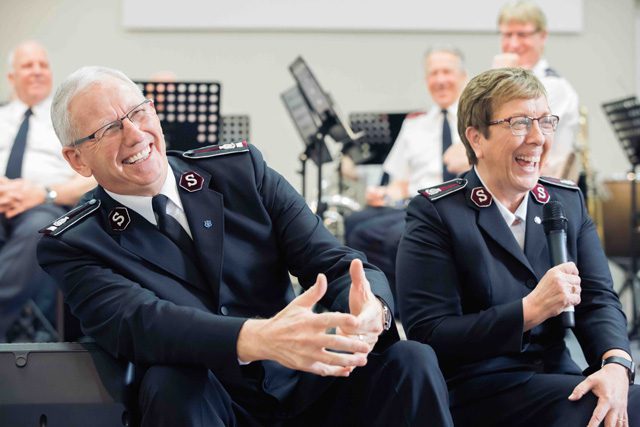 The Salvation Army Chief of the Staff, Commissioner Brian Peddle, and World Secretary for Women’s Ministries, Commissioner Rosalie Peddle, traveled to Australia to affirm the “Australia One” journey—the combining of the Australia Eastern and Australian Southern Territories—encouraging officers and soldiers and assuring continued support from International Headquarters. The weeklong visit included the presentation of one of the Army’s highest honors to Salvos Legal founder, Luke Geary.

A public meeting at the Melbourne City Conference Centre featured a number of testimonies, including those from members of The Salvation Army Recovery Church and its Farsi congregations, as well as a presentation from Salvos Stores chief executive officer Matt Davis. Captain Claire Emerton (Dandenong Corps Officer) spoke about the privileges and challenges of working with people from many cultural backgrounds. 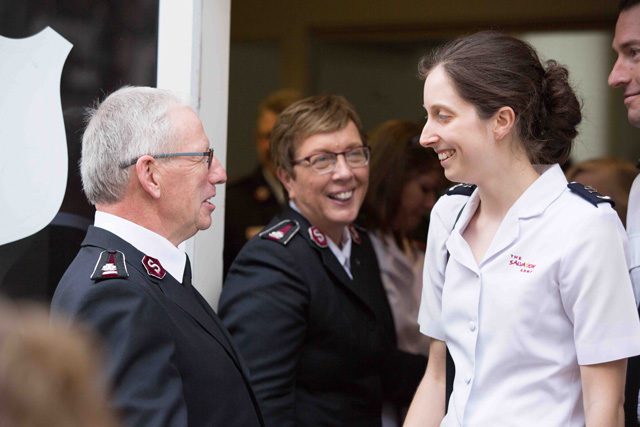 In a wide-ranging interview, the Chief of the Staff and Rosalie Peddle entertained the crowd with some back-and-forth banter. National Commander Commissioner Floyd Tidd then spoke on “Living Our Vision.”

After the Melbourne Staff Songsters sang “Wondrous Cross,” the Chief challenged Salvationists to shine like “stars in the sky” and make sure they venture “out of the barracks’” to speak into the lives of people.

The international visitors then travelled to Sydney for a praise and worship meeting at the Hurstville Corps. The Hurstville Band and Sydney Staff Songsters supported the event, which included a question-and-answer session for the Peddles conducted by the children of the Australia Eastern Territory. The commissioners’ interaction with their interviewers delighted the congregation. 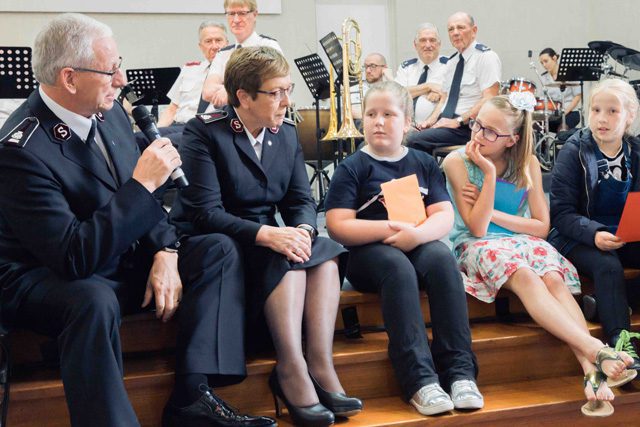 In his Bible message, the Chief of the Staff encouraged the congregation to influence the world for Christ.

Earlier the visitors participated in the morning holiness meeting at Auburn Corps in western Sydney, where Rosalie Peddle gave the Bible message. During the meeting, the Chief presented Salvos Legal founder and managing partner Luke Geary with the Order of Distinguished Auxiliary Service, the international Salvation Army’s highest award for a non-Salvationist.

The award was made “in recognition of and appreciation for bringing into reality General William Booth’s vision of the ‘poor man’s lawyer’ with the creation of Salvos Legal and Salvos Legal Humanitarian.” Salvos Legal provides a paid-for service to private companies and clients, and to government agencies, with the income raised funding free advice and representation through Salvos Humanitarian for people who cannot afford to pay. The two entities employ 40 full-time staff and 250 volunteers. 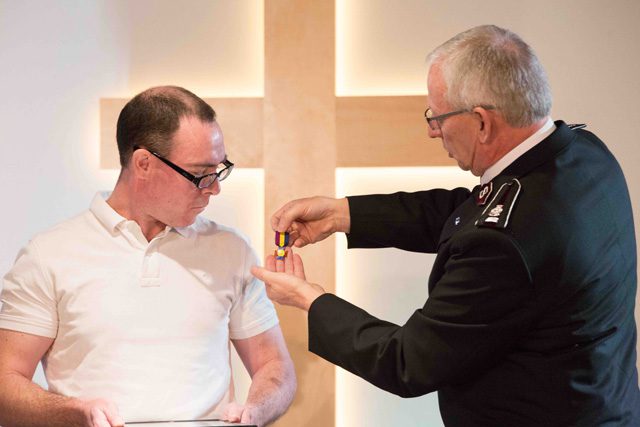 Salvos Humanitarian has handled 20,000 cases since its inception in 2010. Salvos Legal was named Australian Law Firm of the Year in 2014 and has received numerous other awards since.

During their visit, the international visitors interacted with emerging leaders. Officers and lay leaders explored—through questions and dialogue—shared hopes for The Salvation Army in Australia and how all can work together in mission as One Army. The Chief noted that he was encouraged for the future of the Army by being with committed Salvationists.

Before leaving Australia, the Chief of the Staff and Rosalie Peddle spent three days in conference with leadership of The Salvation Army in Australia. They also participated in officers’ councils in both Melbourne and Sydney.