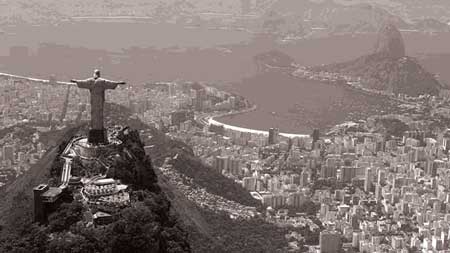 Nearly 700 Salvationists from across Brazil gathered for a congress in São Paulo led by Commissioners William and Nancy Roberts, Chief of the Staff and World Secretary for Women’s Ministries, respectively. He called on the congress delegates to live as God’s people, making a difference in the world.

Celebrating 91 years of The Salvation Army’s work in Brazil, soldiers, officers and friends gathered to worship and give thanks to God, pledging to continue to be “One Army, with One Mission, proclaiming One Message.”

The Regent Hall Band, led by Bandmaster Steven Hanover, from London enhanced the worship. The band also performed various concerts in Sao Paulo. At one point, a 100-person timbrel brigade accompanied the band.

The congress included the commissioning of cadets from the Disciples of the Cross Session.

Roberts told the congress that God’s people should live according to his will, and many people moved to the mercy seat in acts of commitment and rededication.

“God spoke to me, changed my heart and my disposition,” said Ariovaldo, a soldier from Itaquá Corps in São Paulo.

The event’s theme chorus, “Only in God will We be Conquerors,” helped the Salvationists of Brazil testify that they will trust in the provision and faithfulness of the Lord.