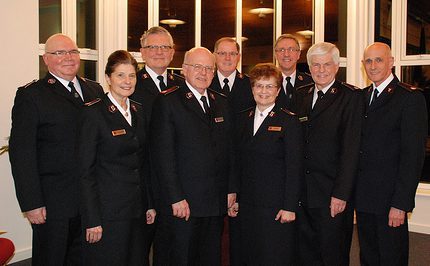 Nine candidates now stand for election as The Salvation Army’s 19th General; where applicable, each of the candidates’ spouses affirmed their support regarding their husband’s candidacy.

Ten council members received, at least, the required minimum three nominations to be eligible to stand. One of the nominees declined to stand.

The 2011 candidates for election as the 19th General of The Salvation Army.

This is the largest number of candidates to stand for election as General. And because the President of the High Council, Commissioner William Francis, declared himself a candidate he was required to step aside from the presidency.

High Council Vice-President Commissioner Betty Matear, took over the leading of the session for a time, before she also stood down from her position as she will be involved in the election process as a spouse of a candidate.

In addition, the High Council Chaplain, two of the members of the questions committee and one of the tellers (vote counters) were also required to relinquish their positions because they were now candidates in the election of General.

This is the first time in the High Council’s history that both the President and Vice-President have needed to stand down from their positions. This unprecedented situation required a suspension of the Orders of Procedures to allow for new elections to take place.

Commissioner James Knaggs was elected President. It was then decided not to replace the two members of the Questions Committee, meaning it will be composed of five members for the remainder of this High Council. In addition it was agreed that the high council member who received the next highest number of votes in the original tellers’ election would replace the member who is now a candidate for General.

Following the reconvening of the High Council after the evening meal Colonel Birgitte Brekke was elected to the vice-presidency and Commissioner Vic Poke was elected Chaplain. 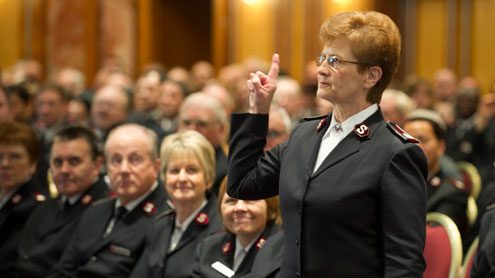 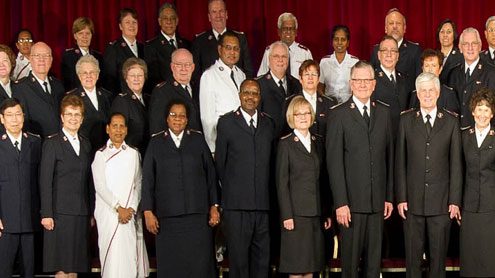