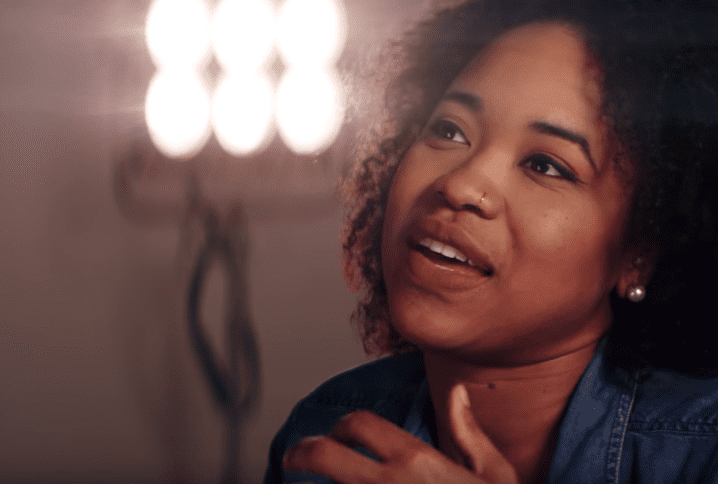 Cancer made me question my faith

A routine checkup at the dentist changed Sabina’s life forever.

My name is Sabina Valerie, and I am a professional dancer. Modern and hip hop are two areas where I can be free, I guess, and like, move the way I want to move, move the way that I feel is natural.

I graduated from Florida State University, and right before graduation, the dentist found a lump in my neck. It came back positive for lymphoma. We went to the cancer center, and they were like just giving me all this information. I wasn’t even taking any of it in because I was like I can’t…I don’t even know what you’re saying, like this is really…this is a crazy thing to tell somebody.

It was especially hard since it was so close to the end of the year, and everybody was talking about what they were going to do, where they were going to go. And all of a sudden, everything just came to like a screeching halt, and I was like, “Okay, what am I going to do? What is the real next step here?”

I think God was feeling concern for me, so I think maybe he was saying take it easy and realize that you are alive, because I feel like up until that point honestly that I was just almost on autopilot and it wasn’t really me living my life. But then, a couple days later, I got tested, I got PET scans, PT scans and everything, and then they were like, “We didn’t find cancer anywhere else in your body.” I was like, “Oh”—you know? It was just like a relief. It was just like a point for me to stop, reevaluate, and then readjust.

Dance has definitely changed for me in the past year, and a lot of things that have happened in the past year have influenced my soul. I think the fact that like dance was almost gone, every opportunity that I could have had was almost gone, that was scary to me, like that was something that I was like I don’t know what I would have done; I don’t know what life would have been like if I couldn’t dance.

I am not at all where I want to be, but I’m getting there; I’m trying. I feel like that’s probably the best part. To not know what’s next is very scary, but it’s also the best part—to have nothing holding you back, I think, is probably the best feeling. Just realizing how tenacious you are and that like the fibers of your soul can just rebuild themselves.

I think going from such a dark place of just being extremely down, extremely out, extremely broken, realizing that I can come back from that and like build myself back up day by day, moment by moment is what continually inspires me to keep dancing, to keep living my life.