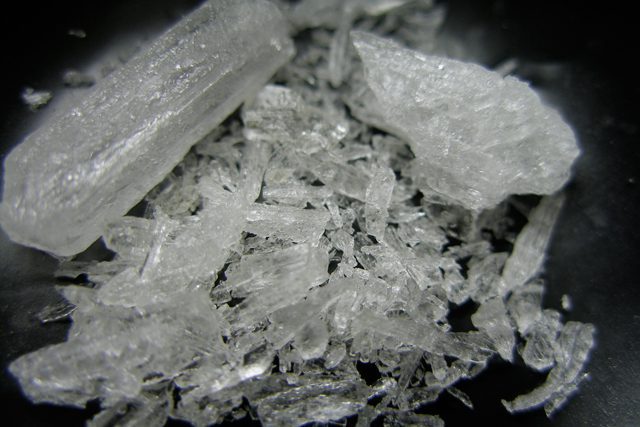 The crisis of ice

An upsurge in crystal meth usage is changing The Salvation Army’s drug rehabilitation programs in Australia.

Analysts at the Australian Institute of Criminology noticed a disturbing trend starting in 2010—methamphetamine use, which had been in steady decline for several years, was on the rise in Australia.

By 2013, nearly one-third of illicit drug users surveyed tested positive for methamphetamine. That same year, the Australian government discovered that roughly half of methamphetamine users were taking a highly potent form of the drug called “ice,” or crystal meth—more addictive than speed or ecstasy. The figure had more than doubled in just three years.

The Oceania region currently has the highest usage rate of ice in the world, and those on the frontlines of Australia’s drug and health services are feeling its impact.

Last year, The Salvation Army saw the number of people rehabilitating for ice withdrawal double at its residential withdrawal unit in Geelong. In some instances, 60 percent of clients in the unit were recovering from ice. In the Sydney area, The Salvation Army witnessed a 122 percent spike in people seeking help for ice addiction.

Beyond its increased availability, ice’s purity also tripled from 2009 to 2013, according to the Society for the Study of Addiction. At the same time, the price per gram of ice decreased, when adjusted for purity levels. So, Australians are using ice more frequently than ever before and getting a bigger high for the money. These factors make addiction an all but inevitable outcome.

Today, it’s not uncommon for people to wait several months for a spot in a rehabilitation program. Yet, the growing number of ice users is not the only—or perhaps even the biggest—problem service providers face. As clinicians and case managers are discovering, traditional addiction recovery programs aren’t always equipped to combat some of the more challenging aspects of ice addiction.

The Salvation Army residential withdrawal unit in Geelong offers a standard six-night detox program for ice users, yet the current estimate for a full withdrawal from ice is 28 days.

“We generally see that ice users are ‘coming down’ in the first three days, when they’re sleeping all the time,” said Chandra Jha, nursing coordinator at the withdrawal unit in Geelong. “They start to exhibit mental health issues by day four or five, and sometimes it can start even later.”

In response, SalvoConnect Social Services is currently proposing a dedicated residential withdrawal unit for ice users. If it attracts funding, it will allow clients more time to detox.

Until then, many are experiencing withdrawal symptoms, including depression, anxiety, agitation and disturbed sleep, when they begin rehabilitation or a counseling program.

Kathryn Wright, territorial director of The Salvation Army’s alcohol and other drugs unit.

“In the past, we would start off with a cognitive-based treatment approach in the early stages, like group therapy,” said Kathryn Wright, territorial director of The Salvation Army’s alcohol and other drugs unit. “But that’s not always appropriate when people are still coming off ice.”

Instead, the initial recovery process often focuses on reintroducing the clients to a routine—getting up, showered, and dressed. Other adjustments include more frequent mental health assessments and education for ice addicts and more training in mental health and de-escalation skills for staff.

Because prolonged use of ice inhibits the brain’s ability to release dopamine without the drug present, many recovering ice addicts experience depression and in some cases, suicidal thoughts. “When we do assessments, we discuss those behaviors and address them with medication and one-to-one interactions,” Jha said.

These changes exemplify the broader shift toward individualized care in The Salvation Army’s addiction recovery services. “As much as we’re doing better in that journey than we were 10 years ago, we need to be more flexible still,” Wright said. “This [ice] epidemic has tested our ability to individualize treatment.”

According to Brendan Quinn, a research officer at the Burnet Institute’s Centre for Population Health, ice use in Australia today affects a diverse population. “You have drug injectors from low socioeconomic backgrounds using ice, but also people who earn $200,000 a year,” he said.

Understanding each client’s incentive to get clean is crucial. Whether reentering the workforce or resolving child protection issues, individualized care allows case managers and clients to tailor relapse prevention strategies to their particular goals.

At the residential rehabilitation center in Bendigo, three out of the four current clients are recovering from ice addiction. One is a 24-year-old woman with strong incentive to get clean. She is 20 weeks pregnant and wants to beat her addiction to take care of her baby.

She hopes her future will include her own mother, who is learning to accept and support her daughter through assistance from The Salvation Army’s Bendigo Community Services Center.

According to Wright, “We’ve found that since we’re seeing ice in younger populations, it’s been fertile ground for family involvement.”