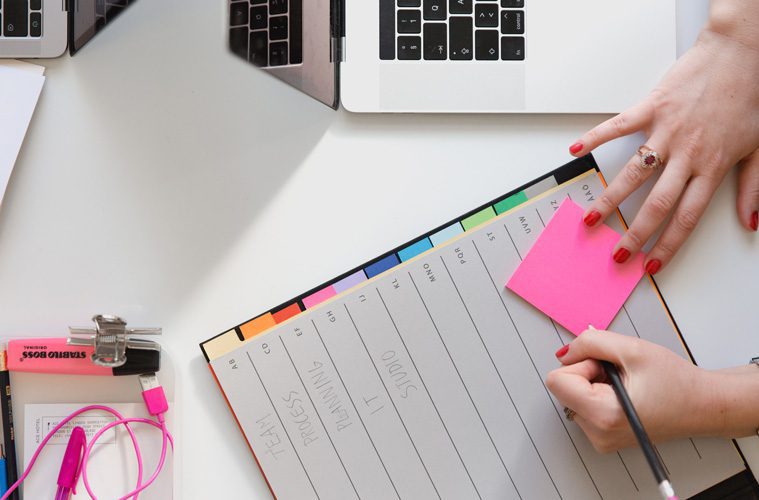 A more positive approach to planning

Remember when you were little and it was fun to ask each other the age-old question of what you wanted to be when you grew up? It was powerful to dream, wasn’t it? One day, the dream was to be an astronaut and on the next day, it was to be an artist. And as children, it was easy to believe that those dreams—as if buried like treasure and nestled in your imagination—could come true.

Then, somewhere along the way, you grew up. You went to school, figured out you were good at calculating numbers or you enjoyed history books, and you got a degree for it. And then you were prepared to graduate. And you were surrounded by people who knew the paths for their careers, since their chosen professions were pretty clear cut—teacher, police officer, cook. And then there was you, standing in that crowd, unsure of tomorrow.

And maybe you were one of those people who knew just what they were meant to do, what they wanted to do, but now, after years working the same job hoping for a promotion to the big office with your name on it, you’re stumped and in a slump.

So now that question of “What’s the plan?” is just about the worst thing, because it no longer unlocks the immense ability of imagination to simply dream endlessly and limitlessly. Instead it constantly reminds you that you don’t know what the plan is and you’re running out of time to figure it out. The days, then, leading up to that one day you hope to finally know what it is that you were created for, are seemingly pointless, having lost their purpose.

Here’s a crazy thought: what if plans, well, change? Don’t we, as humans, change? Isn’t the world around us always changing? The funny thing about most plans is they allow certain incremental changes only to achieve a static status. Think about it. What’s your end goal in life right now? Is it just to be comfortable? Well, if it is, what then?

Here’s the thing about planning: you’re always spending, using, working your todays for that tomorrow. What if we allowed ourselves to plan in a broader sense, kind of like setting life goals, but kept an open mind for flexibility, the possibility (or inevitability) of change, for life to truly be lived at the fullest?

It’s scary when we don’t know and when we don’t have the answers. Dreaming brings in a kind of freedom that we have somehow grown out of and into a fence we built around ourselves. Somewhere along the way, dreaming, because of the change and the unknown it presents, became a casualty. Seems scarier that way, doesn’t it?

So, here’s a challenge to those who will accept. Live your today like today. Not like tomorrow’s yesterday. How?

Write down your fears, your goals, your feelings, your dreams. Assess your relationships. Have you been the best friend/parent/child/student/teacher you could be? Remember, your life isn’t just about your occupation; you are more than your current position or title. First and foremost, you are a human.