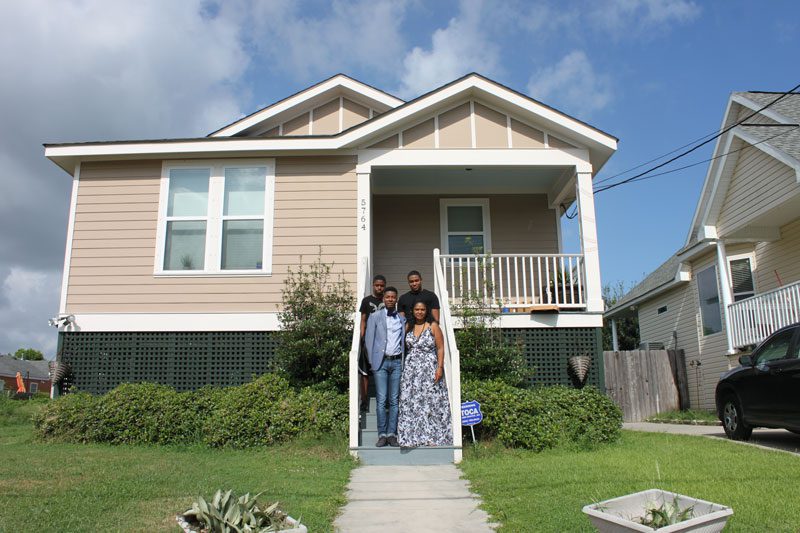 The Salvation Army continues to serve the Gulf Coast.

“I just had a feeling. I had a full tank, so I packed up some food and some stuff. I told the kids, ‘Get inside,’ and just started driving north [toward Atlanta],” said Constanza Porche, whose home was destroyed in 2005 by Hurricane Katrina.

Porche and her family did not return to Louisiana for a month. When they did, they settled in Baton Rouge and Porche commuted to work in New Orleans. They later lived in various hotel rooms and rental apartments in New Orleans until she met The Salvation Army.

The Porches new home is one of dozens built in the post-Katrina New Orleans by The Salvation Army and Project Home Again.

“When I first walked through the door, I thought about how grateful I was to have a home,” Porche said. “I felt so comfortable and so blessed to have somewhere that’s mine. It’s a home because a home is what you make it. They allowed us to do that.”

Volunteers, workers and companies helped make the rehoming efforts possible, and 10 years later, Porche said those people are still on her mind and in her heart.

“They made it their daily work to make sure that someone had somewhere to live—that they had a place of their own,” she said. “They made sure I wasn’t still out there, struggling, feeling like I was still in the floodwaters.”

“This was an unprecedented relief effort and would not have been possible without a generous outpouring of support,” said Commissioner David Jeffrey, national commander for The Salvation Army in the U.S. “It has been an honor to serve the people of the Gulf Coast and partner with them to rebuild their vibrant communities.”

When the storms hit, Salvation Army emergency disaster workers and volunteers delivered $157 million of relief in the form of shelter, food and hydration, as well as emotional and spiritual care.

The Salvation Army transitioned to long-term recovery in January 2006, allocating another $225 million toward the effort. These recovery services focused on case management, reconstruction and support for volunteer rebuild teams. Financial assistance programs also helped with home repair, job training and other initiatives to aid long-term recovery in communities.

As part of its overall recovery program in New Orleans, The Salvation Army initiated a community-based disaster recovery and economic resilience initiative called EnviRenew. Through this initiative, the Army supported new home construction, green home technology, and eco-friendly energy programs in the hard-hit Broadmoor, Riverview and St. Anthony’s neighborhoods. The program sparked a broader conversation about disaster resilience that culminated in a Resiliency Summit on the fifth anniversary of the disaster.

Because responding to disasters takes a toll on responders, The Salvation Army also invested in local disaster and resilience programming, including training, equipment and infrastructure, emotional and spiritual care, and increased post-deployment follow-up services for disaster workers.

Now, 10 years later, The Salvation Army’s presence in these communities is strong.

“The Army has always had a good relationship with the community and had a nice service footprint, but I think now one of the things that we see is…because of the immeasurable and immense amount of work that The Salvation Army did in the wake of Katrina, people are a little bit more cognizant of what it does and thankful of what the Army does to reach out to those in need in our community,” said Major David Worthy, area commander for The Salvation Army in New Orleans. “The community is grateful that the Army was here before Katrina, during Katrina, and certainly now 10 years after Katrina.”

According to Worthy, while formal recovery efforts have waned, some individuals still receiving case management were residents impacted by Hurricane Katrina.

“Every day we see folks coming to our facilities who have needs that have resulted from the impact by Katrina,” Worthy said. “So those services have been retooled and reconfigured to meet the needs of the community. Our service footprint that exists now really isn’t too much different than what it was before Katrina. We just sort of now have been relieved of all the disaster recovery work and are now back to doing what The Salvation Army does in the average community across the country.”

With reporting by Vivian Gatica Lopez and Jessica Shaw 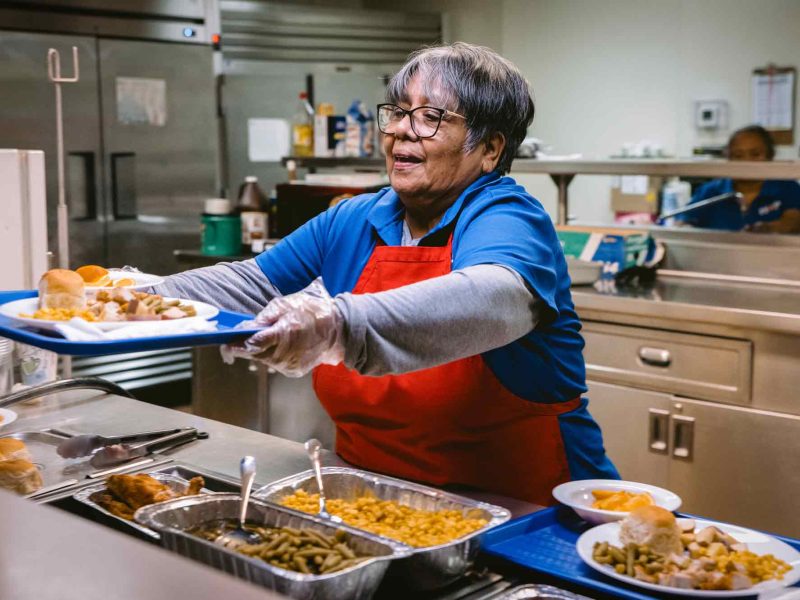